Published by Lorilyn Roberts on January 20, 2015 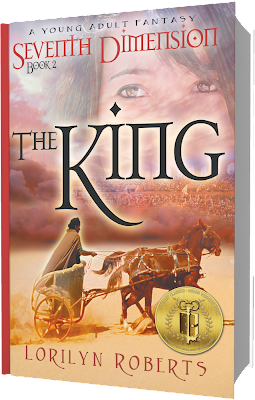 I (an Amazon reviewer) received a copy from the author in exchange for an honest review.
Seventh Dimension The King: A Young Adult Fantasy is the second book in Lorilyn Roberts’ Seventh Dimension series. Though this is a series, I feel that the books could be read out of order and be enjoyed just as much. At least the first two can.
Daniel is a Jew, albeit one who doesn’t practice his Jewish heritage. He lives in Israel, and during the time we start the book they are in a middle of a war. To summarize these events, he opens a door and is transported to the Seventh Dimension.
If you don’t know exactly what the Seventh Dimension is, you may be a little confused until the character figures it out as well.
The Seventh Dimension is an alternate reality, during the rule of Rome and the life of Jesus of Nazareth. The Seventh Dimension is just like your reality, complete with your family and possibly other acquaintances. The only difference is the time period, not to mention the fact that residents of the Seventh Dimension don‘t understand that you aren’t from the same dimension as they are.
Characters are transported here to … sort themselves out. To find who they are and figure out their relationship with God.
This book is similar to the story of the first book in the series in the way that it contains the same events, except told from a different character’s point of view. From what I remember of the first book, the author did a great job of meshing the stories together; I didn’t notice any inconsistencies between them.
I found the first part of Seventh Dimension – The King to be a bit somber, but it seemed to more or less ease up after you got a few pages into it.
It was a believable and realistic story, and well-written.
I know this has nothing to do with the story itself, but I enjoyed the fact that most of the chapters were short; it made it easy to read while on a break.
While in the Seventh Dimension, Daniel experiences many miracles, all the while wrestling with his own emotions and opinions. I find that during the course of the book, Lorilyn Roberts does an accurate job portraying what it must have been like to live at that time and the wonderings and opinions that people may have had in response to the events taking place.
As we follow Daniel through his journey we see him change, sometimes for the better and sometimes for the worse, but in the end, he makes the right decision and finds both who he is and who he wants to be.
Even if you aren’t a particularly religious person, there are still elements of this book that you can enjoy. Especially if you like chariot racing, told from the point of view of the racer. I found that part of the book to be particularly interesting.
In the first book, I didn’t particularly like the relationship between Daniel and Shale (the protagonist of the first book in the series). I felt that it developed too quickly and that the characters should have been focusing more on their spiritual lives, especially if they wanted to leave the Seventh Dimension. However, in the second book, you find that it wasn’t pointless and that it is conducive to the plot.Overall I found this to be a well-written and believable book, slightly Narnia-esque in its concept, and enjoyable for young adults as well as adults.

Published by Lorilyn Roberts on January 2, 2015
I am removing Food for Thought: Quick and Easy Recipies from Homeschooling Families from KDP Select so it’s the last time to download it for free on Kindle for a while. 72 easy recipes, available nowhere else because they are original to me. Enjoy good eating. Click to Download from Amazon 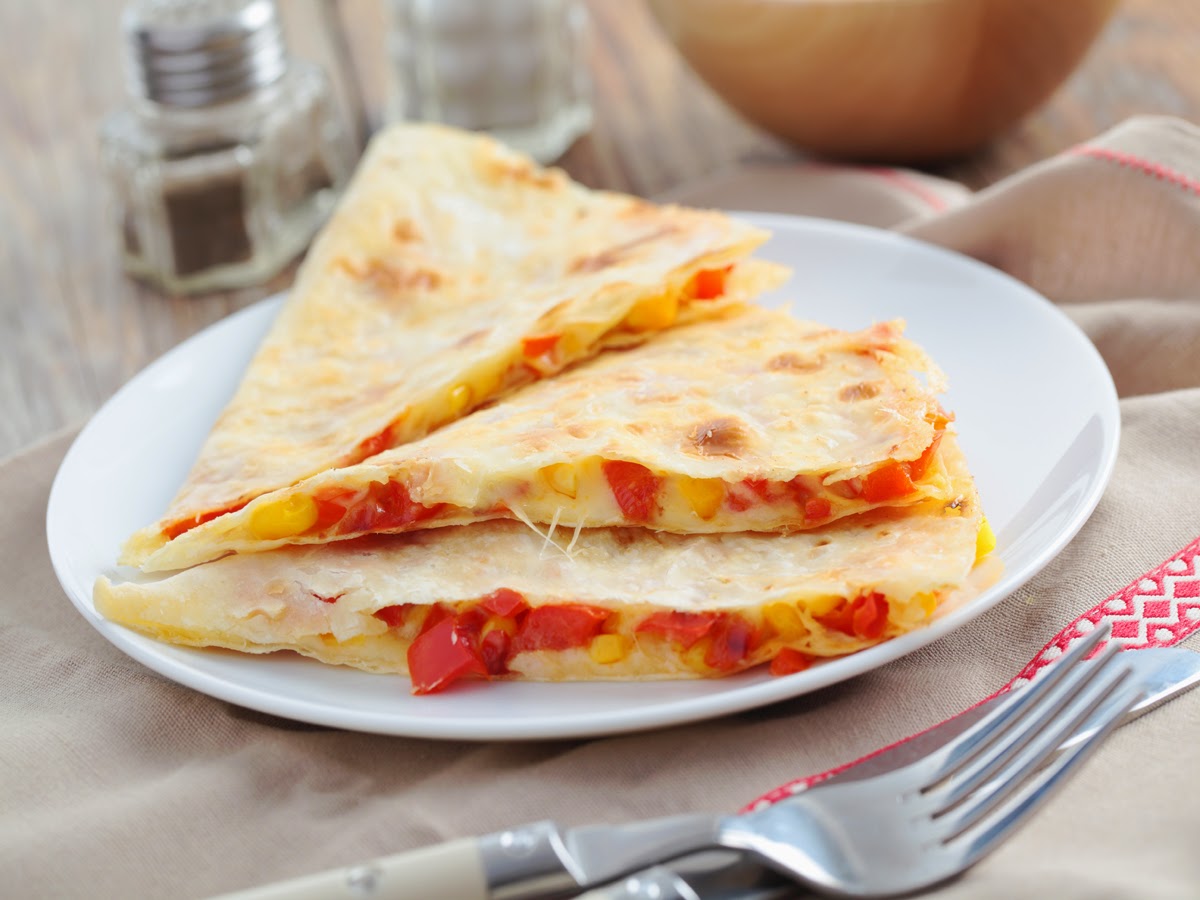 Spread butter over one side of each tortilla. Spread cream cheese over unbuttered side on half the tortillas. Sprinkle with cheese, onion, cilantro, and olives. Fold the other half of the tortilla over the mixture, buttered side up.

Cook on a griddle over medium heat for 1-2 minutes or until cheese is melted. Cut into wedges. Serve with salsa and sour cream if desired.

THREE-CHEESE QUESADILLAS
FOOD FOR THOUGHT
“Your talent is God’s gift to you. What you do with it is your gift back to God.”
Leo Buscaglia, American Author and Motivational Speaker Put bell peppers in boiling water for a couple of minutes to soften. Cool. Slice off the tops. Mix all the above ingredients together except cheese and spoon into the bell peppers. Top with cheese. Put into oven and cook at 350 degrees until the cheese is melted and heated through. Serve immediately.

STUFFED BELL PEPPER
FOOD FOR THOUGHT
“A child who is allowed to be disrespectful to his parents
will not have true respect for anyone.”
Billy Graham, Evangelist
Comments closed