Published by Lorilyn Roberts on December 18, 2019 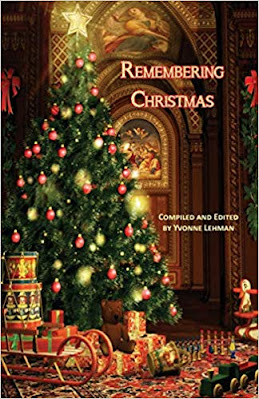 Book Review by Contributor Lorilyn Roberts
When I finished reading Remembering Christmas, so many tears filled my eyes it was hard to see. From sweet stories to special moments, funny anecdotes to heart-wrenching tales, soft poetic lyrics to bold eschatology, there is a story for everyone in this book.
I tried to decide which one was my favorite, but couldn’t. They were all beautifully written. Still, one memoir unexpectedly touched my heart.
In “The Return of the King” by Bob Blundell, he shares a trip he took to Israel, where he stood at the edge of the Valley of Armageddon. This incident was particularly memorable to him because when he was in college, he had read Hal Lindsey’s best-selling book, The Late Great Planet Earth.
Forty-five years earlier, I attended an event at which Hal Lindsey spoke when I was a student at the University of Georgia. What an impact hearing him speak had on my life. Many years earlier, I had also read The Late Great Planet Earth and seen the movie by the same name.
By coincidence, I had listened to a Hal Lindsey YouTube video in my car only a few hours earlier. I was returning home with an old treasured lamp someone had fixed for me for free as a Christmas gift.
“I can tell how much that lamp means to you,” the man said. “Merry Christmas.”
I felt so blessed by the store owner because it took him a while to fix the lamp, and the store rate for repairs was $90 per hour.
Wonderful books tug at your heartstrings. They stir your emotions and cause you to ponder, to remember, to hope, to laugh, to weep. They take you down roads less traveled and quench a longing you might not even know you have.
Remembering Christmas is one of those books. In this season of giving, I’ve enjoyed a quiet moment to read and reflect on the profound meaning of Christmas, not only historically and spiritually, but personally. I will put this poignant book on my bookshelf and look forward to reading it again next Christmas and beyond.
To purchase from Amazon click here
Comments closed

BOOK MARKETING: “Vote for a Christian Book Cover Depicting the End of Days,” by Lorilyn Roberts

Published by Lorilyn Roberts on December 16, 2019
UPDATE:  I MADE IT TO THE THIRD ROUND
SEVENTH DIMENSION – THE HOWLING: A YOUNG ADULT FANTASY

To continue in the best book cover contest at All Author, I need to be in the top 24, and I’m at number 28 right now. That means without your help, I won’t be able to continue. I have six days to get there.

The main reason I want to make it to the next round is my book is a Christian book, and anytime we can promote our Lord Jesus Christ to a secular reading audience, we should do everything in our power to be a witness to the unsaved.

I am asking those who love Christ to help me keep going. Perhaps someone who is not a Christian will see my book cover and be led to purchase it. I lowered the price to 99c on Amazon as long as I’m in the running. That means for every book sold I make 33c on Amazon, so this isn’t about money. It’s about spreading the love of Jesus Christ to secular readers.

I truly believe the Lord’s return is imminent. The Howling is the final book in the Seventh Dimension Series and is about the end days. Many people will never pick up a Bible, but if they are hooked in the first chapter of a book, they will usually keep reading.

Getting people to pick up a book by an unknown author requires a book cover that intrigues them. If you think my book cover is “awesome,” please vote. It only takes a second.

You can do “open voting” by signing in with your Facebook account. Someone told me All Authors asks for your birthday, and that’s to make sure people only vote ONCE in each round.

Again, thanks for your help. To have a realistic chance of winning, I need about two hundred votes. 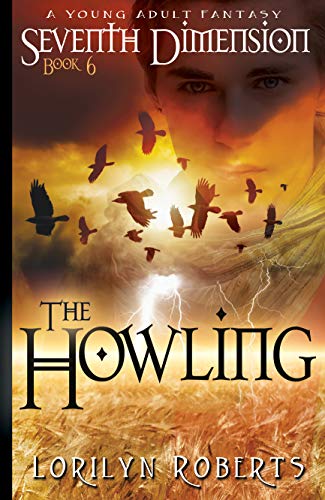 NEXT MAN UP – ARE YOU READY: Devotional by Lorilyn Roberts

Published by Lorilyn Roberts on December 7, 2019 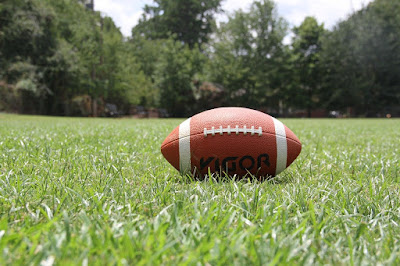 I’ve often thought one of the neatest things about sports is the parallel you can draw between sports and Christianity. So, to give a wonderful example of what I mean, last Saturday I captioned a college football game, Kennesaw State University versus Wofford.

One thing that made captioning this game unique is that I actually attended Kennesaw State University eons ago when I took a history class. I believe it was an American history class. I’ve always been a history buff even when I didn’t know I was one.

For those who aren’t familiar with Kennesaw State University, it’s located in Kennesaw, Georgia, about twenty miles north of Atlanta. The College has an enrollment of about 30,000 students and the football team, known as the Owls, is a recent entry into the Big South Conference.

Last Saturday the Owls and the Wofford Terriers squared off in the first round of the FCS playoffs. I’ve captioned hundreds of games in every sport imaginable over the past twenty years, but midway through the second quarter, the ordinary game became extraordinary—at least for me.

Tommy Bryant, Kennesaw State’s star quarterback, suffered an injury and had to leave the game. Tommy had played every second of every game for the entire season. Jonathan Murphy, the backup quarterback, had not taken a single snap. For twelve games, he sat on the sidelines and watched.

I’d seen this scenario dozens of times before. A team works their tails off to make it to the playoffs only to have their star player go down, and their dreams of winning a championship go down with him.

So, I didn’t expect this game to be any different. Oftentimes, in the first possession, the team panics, fumbles the ball, and the opponent gets possession and runs it down the field for a touchdown.

But not this time. This unknown, backup quarterback came in and took over like he had been playing all season and led Kennesaw State to a 28-21 playoff victory. In the process, Jonathan set several records, including running for 206 yards, the most by a quarterback in conference playoff history.

As I captioned the game, I began to think about that young man, Jonathan Murphy. The Owls played their first game against Point University on August 31. From August 31 to November 30, Jonathan watched from the sidelines. Every week for three months he practiced with his team knowing that the chances of even entering the game were slim but also knowing he had to be ready if called upon at a moment’s notice. If Tommy Bryant became sick or injured, Jonathan Murphy was the next man up.

Week after week he practiced.

I never participated in sports at that level when I was young, but my daughter competed for years in gymnastics. From a distance, I could imagine the time Jonathan spent conditioning and practicing. I know the sacrifice it takes, the perseverance, and the determination to be the best.

I don’t know if I could be that self-sacrificing for my team. I’d want to be in the game. Maybe I might work hard for the first month, but surely toward the end of the season, I’d be depressed. Maybe I’d lose interest. But not Jonathan Murphy. He was ready. 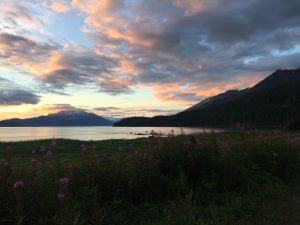 Inspiration and insight came to me when the game was over. Is the Christian life not like that? We go for periods of time without trials or tribulations. Life is good. And then something happens, and life is not good. Life is hard. Are we ready when those times come?

I like the New Heart English Bible Translation of 2 Timothy 4:2: “Proclaim the word, be urgent in season and out of season, reprove, rebuke, and exhort, with all patience and teaching.”

It’s not enough to just be ready when God calls us to step up—we need to be spectacularly ready, just like Jonathan Murphy when he came on the field and led his team to victory.

Is God worth it? Can we sit on the sidelines, tempted to think God doesn’t need us? Perhaps we slack off on our daily Bible reading, or we quit talking to God. Maybe we become a little worldly in our thoughts, or we lose that fire in our belly for the things of God. Are we willing to diligently work hard for Christ even if we don’t get noticed?

Sometimes, when I’m working on a book, I wonder if anyone will ever read my book. I remind myself when the evil one gets in my ear, “I write for an audience of one.”

In my twenty years of captioning, I don’t believe I have ever seen a young man come into a game like that, who had not played all season, and play so brilliantly. If anything, his poise and readiness inspired me to look into my heart and tell God, “I want to be that person for you, to be ready at a moment’s notice if called upon, always proclaiming Your Word in season and out of season, living my life for you, even when life is dull.

Let’s face it, most of life is pretty ordinary, but we never know when God will call us from the sidelines to be His man or woman of the hour. You or I might just be God’s next man up. I pray that I’ll be ready.

You can read more of Lorilyn Roberts’ blogposts at LorilynRoberts.com

Published by Lorilyn Roberts on December 6, 2019

UPDATE:  I MADE IT TO THE SECOND ROUND

If you like the cover of my book,
Seventh Dimension – The Howling: A Young Adult Christian Fantasy (Seventh Dimension Series Book 6), please vote for it for the Cover of the Month Contest on AllAuthor.com!
Click to Vote!
⛪⛪⛪⛪⛪⛪
Comments closed