NEW BOOK RELEASE: “Tails and Purrs for the Heart and Soul,” by Lorilyn Roberts

Published by Lorilyn Roberts on October 22, 2020 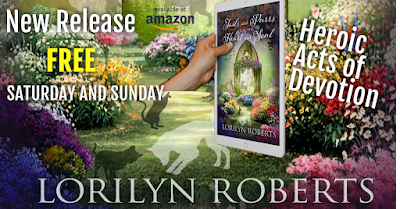 I’m very excited about my newest release, Tails and Purrs for the Heart and Soul.

If you love animals, this book is for you. Between the covers are many stories about the four-legged friends that have impacted my life. We have a rich tradition in the Roberts’ household of adopting strays off the streets and fostering cats through the Humane Society, and my family spent twenty-plus years in the dog show world, finishing half a dozen champions and breeding many other champions finished by others.

My goal, in the beginning, was just to entertain, but the stories became more than that. They became a glimpse into my soul. I tried to imagine what kind of person I would be today without all the animals over the past sixty years that have touched me spiritually, mentally, emotionally, and physically.

God supernaturally brought dogs and cats into my life during good times and difficult days that, in some instances, turned into weeks or months. My furry friends became my soulmates along the way. They showed me God’s unconditional love when I needed that wet kiss on the nose or that head butt or that reassuring wagging tail—that I mattered, that I was important, and that I would get to the other side of the latest trial or tribulation.

Then I had an unusual thought: What if I’d never seen the faces of all the animals I’ve cared for, rescued, and loved? What if I’d never hugged them? But alas, God knew I needed them as much as they needed me.

Through my animals, I feel God’s unconditional love. I sense my Savior’s reassuring presence, and I hear His kind, gentle voice whisper to my soul. The sound of a purr and the wagging of a tail speak to the undeniable spiritual connection between people and animals.

I hope you will take time out of your busy life, away from the woes that steal our joy, away from Covid-19, and away from all those accusing voices that rob us of God’s heavenly presence. Be still. This world is passing away, but God never meant for us to be alone. Even during Covid, our furry friends can be with us.

Curl up with your four-legged companion and enjoy my latest book, Tails and Purrs for the Heart and Soul. Many answers to probing questions lie within its pages.

Available as an ebook and paperback for $12:95 on Amazon

Click to tweet:  I hope you will take time out of your busy life, away from the woes that steal our joy, away from Covid-19, and read a good book. #amreading @John316Network http://bit.ly/TailsandPurrsRelease

Published by Lorilyn Roberts on October 16, 2020 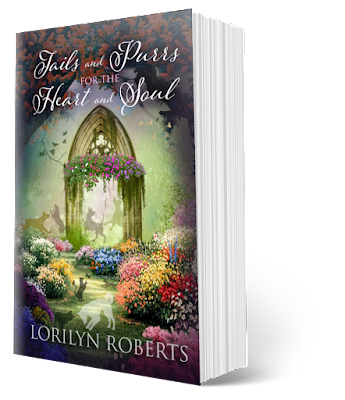 Lorilyn Roberts is a successful author who has lived with many rescued animals over the past 35 years. In her memoir, Tails and Purrs for the Heart and Soul, she talks about life’s miracles and inspiration, drawing on her accounts of the memorable moments with the furry creatures she has welcomed inside her home. She tries to address that deeply profound question if our departed furry friends are waiting for us in the afterlife. 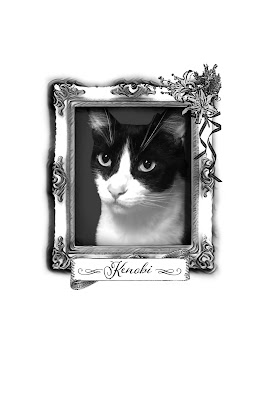 This stems from all the raw and biting pain that she has gone through from witnessing the passing of her pets. Her year-long bout with cancer pushed her to ask how to live again and God showed her by finding contentment in the things that bring her joy. Loving her four-legged friends has helped her ease the pain, knowing that she is surrounded not only by helping hands but by comforting paws as well. 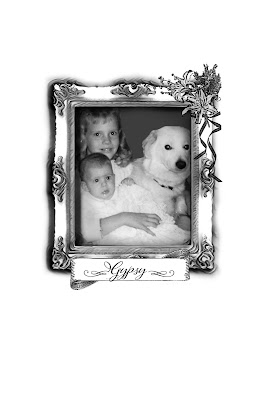 You do not need to feel embarrassed about crying when reading how Lorilyn Roberts copes with the loss of some of her furry friends. You do not need to be a spiritual type of person to see how heartfelt the grief she has experienced through profound loss while she mustered all her faith, hope, and courage to beat cancer. 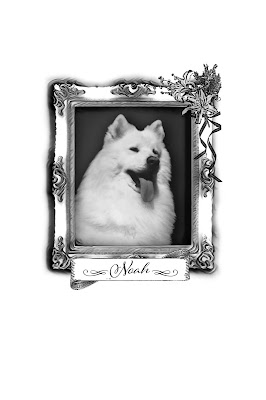 Roberts’ writing has a strong emotional feel from the very beginning. She dedicates this work to all the cats and dogs that made a mark on her family’s life, a requiem for the creatures that gave her unconditional love. 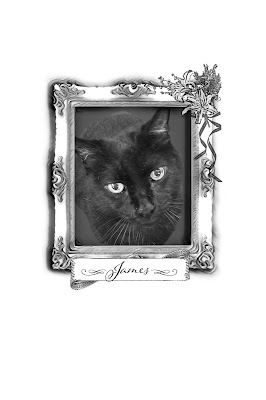 If you want a heartwarming true story to brighten your day, here it is. Tails and Purrs for the Heart and Soul is an inspiring and highly recommended read for anyone who firmly believes that their beloved departed pets are waiting for them at the rainbow bridge.

You can preorder from Amazon for $1.99 by clicking here.

BOOK EXCERPT: “Tails and Purrs for the Heart and Soul,” by Lorilyn Roberts

Published by Lorilyn Roberts on October 12, 2020 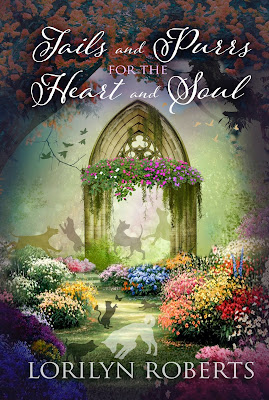 On my way to work one morning, a long line of cars was backed up on Greene Street. Brown Court Reporting, Inc., was several blocks farther. Bored, people had turned off their engines and were waiting.

I exited my car and walked up the street. “What’s going on?” I asked some people hanging around.

A man said casually, “Apparently, a dog got hit by a car.”

My heart welled up as I wondered how badly the dog was hurt, who he belonged to, and if he would be okay, but the man didn’t know anything more.

I waited a few more minutes. When it didn’t look as though things would clear out anytime soon, I turned around and went a different way to work.

Throughout the morning, however, I thought about the little dog hit by a car. I wanted to know more. I left the office and started checking with some of the businesses on Greene Street. Did anybody know what happened? “Somebody transported the dog to a local veterinarian,” someone said. I scoured around. I found the vet and called to inquire.

“No,” the lady said on the other end. “We haven’t located the owner, but she needs immediate medical attention. Her leg is severely injured and requires amputation.”

That was a lot of money back in those days, but now that I had involved myself this much, how could I not help?

I was sure. My only worry was how I would explain everything to my ex-husband. He wouldn’t want another dog. I wasn’t even sure if she and Shelley would get along. Shelley had never had to share us.

“Why don’t you wait till later this afternoon after the surgery.”

I spent the rest of the day concocting a story to tell my ex-husband—that I had rescued a dog from certain death, the dog was an amputee, and I’d paid $200 for surgery on a dog I’d never seen.

Finally, the veterinarian’s office called and said the surgery was successful. I could come to see her, but they wanted her to remain overnight until she was well enough for me to take her home.

“Have you heard from anybody claiming to be her owner?” I asked.

Later that afternoon, I dropped by the animal hospital. They were glad to meet me. I gave them the check for $200 and thanked them.

“That would be great,” I said. 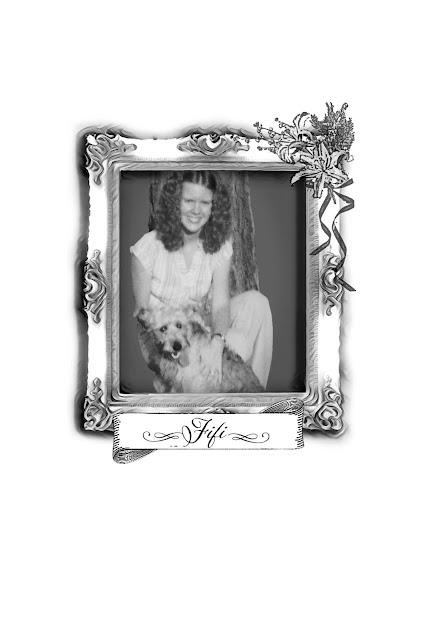 They took me to an adjoining room, and I poked my head in the door. In front of me was a scrawny-looking, tan-and-white Terrier. She had large, floppy ears, and strands of hair covered her closed eyelids. Fifi aptly described her—a hurt, orphaned dog in need of a forever home. She lay curled up in a little ball with one huge bandage where her right hind leg used to be.

I left the vet’s office with mixed emotions. I was glad I saved her life and could give her a home, but how would I explain it to my ex-husband?

“You did what?” he asked when I was halfway through my prepared speech.

I justified everything, saying we would find a home for Fifi, and I didn’t plan on keeping her. Of course, he knew me better than that. By the time we went to bed that night, he had given a half-hearted yes to the new addition to the family, provided Fifi and Shelley got along. I was more than willing to make sure of that.

Two days passed. We brought Fifi home and slowly introduced her to Shelley. At night, we crated her. Fifi was still wearing a wrap where her leg used to be and still getting used to having only three legs. After a few days, we settled into a routine. I was encouraged that things were working out. Even my ex-husband quit complaining about the extra work.

A couple of nights later, the veterinarian’s office called me. “We wanted to ask you a personal question.”

I wasn’t sure where this was going. “Sure.”

“We wanted to know how things were working out with Fifi.”

“They are working out fine,” I said. “Fifi is getting along well with Shelley. Why do you ask?

Did you find the owner?” I didn’t want to know.

“Oh, no,” she said. “It’s just that we had a client in today with his sick dog that passed away. We couldn’t do anything for him. In a strange coincidence, Fifi looked like his dog. The old man is heartbroken,” she went on, “and we thought if things hadn’t worked out, maybe you would be willing to let him adopt Fifi.”

“We could meet and see what happens.” After I hung up the phone, I wondered if she had told the man that Fifi only had three legs. Not everybody would want a three-legged animal.

He called me the next day, and I promised to come home early to meet him. By this time, I wasn’t sure I could let Fifi go. She had become a part of our family.

I arrived home, and a short while later, a car pulled up in the driveway. I walked outside to greet the man. As he exited the car, I noticed something odd that caused me to do a double-take. He had a cane. He put the walking stick out to steady himself and then dragged his bad leg behind him. The man was disabled.

Then I realized, I was only the keeper of Fifi until her new master picked her up—someone who could understand what it was like to have three legs. As the older man and Fifi left, God reassured me that her new home would be perfect. I learned later the vet donated the $200 I paid to help another dog in the future.

After four years of living in the Augusta hellhole that golfers think is heaven, I wanted to get on with life. That day couldn’t come soon enough, and we moved to Gainesville, Florida. It didn’t take twenty-four hours for me to think I’d died and gone to heaven. Of course, after four years in Augusta, any place would have seemed like heaven.

BOOK RELEASE: “Tails and Purrs for the Heart and Soul,” by Lorilyn Roberts

Published by Lorilyn Roberts on October 11, 2020 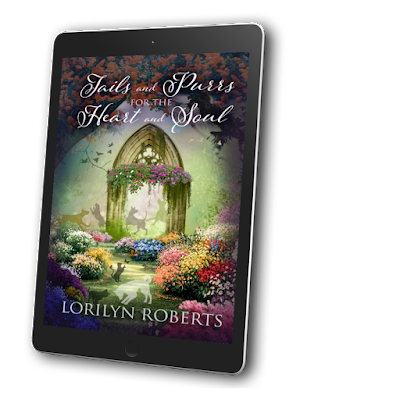 Get ready for heroic acts of devotion, devilish entertainment, unexplainable coincidences, and bold inspiration. From a special four-legged childhood friend to the newest Humane Society adoption during the coronavirus lockdown, Lorilyn reveals the deep and profound bond between animals and her family. As in her award-winning memoir, Children of Dreams, Lorilyn unearths spiritual truths and biblical insights to answer the question many have asked, “Will we see our furry friends in heaven?” 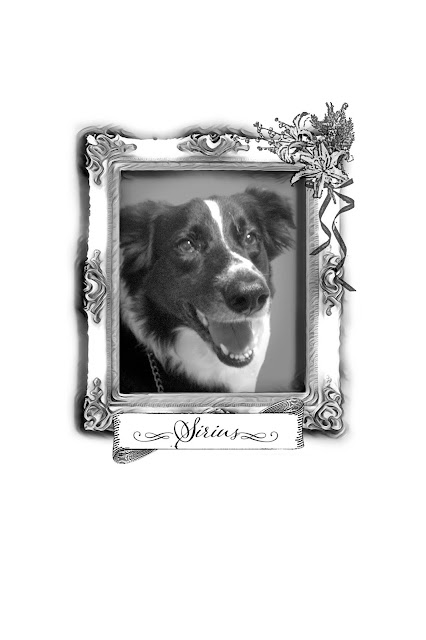 “I resonated deeply with many of these stories—tears flowing freely. There’s nothing like the comfort of a warm fuzzy kitten or a loyal, loving dog when you are feeling down, alone, or devastated.”~Carol A. Brown, author of Christian adult nonfiction and children’s animal stories

“Sure to be a hit with the ‘I love animals’ crowd.”~Michael J. Webb, author of cutting-edge Christian fiction and inspiring nonfiction