Published by Lorilyn Roberts on June 4, 2022 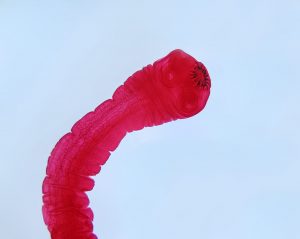 This blog post was originally published in 2010. Sometimes looking back on what we’ve been through and arriving on the other side is a reminder that God was and is always with us. The complete story of my daughter’s illness can be read in my memoir Children of Dreams. 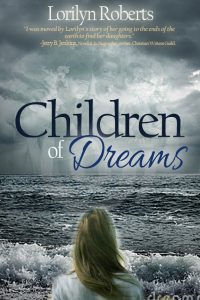 My family just finished one of the most exciting and unique (but stressful) events we’ve shared as a family. A few weeks ago, we were contacted by the producers of “Monsters Inside Me” on Animal Planet to film Manisha’s story.

One of the producers found my article, “Monster Inside My Daughter,” where I wrote about Manisha’s parasitic infection. The producer contacted me through my website. We went back and forth for a while, and then Animal Planet emailed that they wanted to try to squeeze in Manisha’s story to finish out this season’s shooting. We had one week to make it happen. I didn’t believe it would be possible considering how many people were involved and the logistics of doctors’ schedules, et cetera.

But I started contacting everyone—Manisha’s doctors, Shands, and a family in Nepal who have a little girl the same age as Manisha was when she got sick. Animal Planet wanted a little Nepali girl to do some reenactments. Through whirlwind emails, we got it approved by the Shands’ legal and public relations departments. Dr. Carney set aside all day Friday to be involved, and the family with the Nepali daughter drove in from Tallahassee and stayed both days to do the reenactments. Animal Planet is planning to film Dr. Hostetter at Yale next week.

making sure the lighting is right, the sound is perfect, what to film, what not to film, reshooting scenes several times from different angles to see what works the best, dealing with outside noise like barking dogs, helicopters, and my stomach that wouldn’t quit growling (I hope they make sure that doesn’t hit the airwaves all over the world).

Four people came down from New York and a freelancer that drove over from Jacksonville. They were young, talented, and processed great people skills. Their backgrounds were interesting—not what you would expect. One lady had a degree in anthropology and culinary arts, another lady had a degree in biomechanical engineering, and a third one, a young man, had a degree in comparative literature. The fourth guy was “a jack of all trades.”

Joy called the whole event a “breathtaking experience.” She was very excited to have them conduct Manisha’s interview in her bedroom (it was her contribution to the show).

Manisha felt satisfied that by being interviewed, she could help someone else and raise awareness about neurocysticercosis. It felt surreal to relive some of what Manisha and I went through–the emergency room, seeing the MRI machine again, and reenacting many scenes. It was a little more fun this time, although it was more stressful than I thought it would be.

The public relations director at Shands said it was very rare to give this much access to a filming crew (we were all over the hospital), but Manisha’s case was so unusual that they wanted the public to hear the story for its educational value.

There were many reenactments at the house as well as at the hospital, interviews of Manisha and me, as well as “portrait” shots that took about five minutes. As a homeschooling mom, it was a fascinating learning experience. 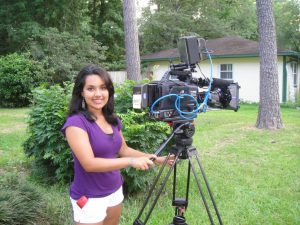