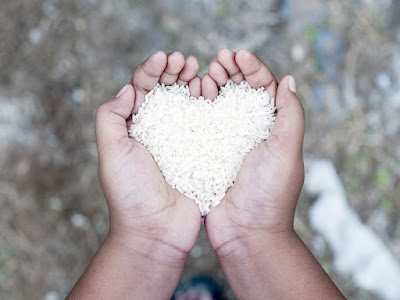 “Ms. Roberts,” I believe your new daughter is blind in her left eye.”
“What?” I exclaimed. We had just arrived from Nepal less than twenty-four hours earlier. Now I was being told my three-year-old daughter was half-blind. How could this be?
Jetlagged and sleep-deprived, I struggled to understand. Experiencing for the first time the blessedness of motherhood had turned into a nightmare. This just couldn’t be true.

The doctor tried unsuccessfully a few more times to get a pupil response to his penlight. I studied my daughter who had grown tired of being examined and lashed out at the doctor.

“I can give you a referral to an ophthalmologist for further evaluation,” she suggested, “although I don’t know how long that will take.”
“Yes, let’s do it,” I said.
The doctor left the room to set up a referral, and I struggled to remain calm, once again crying out to God for yet another miracle. “Please don’t let my daughter be blind,” I prayed.
Until now, I hadn’t noticed any difficulty in her seeing. Could what the physician said be true? My thoughts raced ahead to how her life would be with a sight impairment—playing sports, driving, reading, and general safety. I didn’t want to think about how she would be compromised.
The physician returned a few minutes later and handed me an appointment slip. “I was able to get you an appointment in just a couple of hours with an eye specialist who works specifically with children.”
I thanked her profusely—the wait and worry would be short—and we left to go eat at a Wendy’s restaurant outside the medical complex.
After getting hamburgers and fries, we sat by a window overlooking a busy highway. Manisha played more with the free toy than eating, and I sipped on the coke filled with anxiety. As I watched cars zoom down the road, my sudden claim to motherhood hit me like dynamite.
Insecurity crept into my thoughts. Was I prepared emotionally to raise my daughter without a husband? I had imagined life would be easy once we arrived home. All I wanted was normalcy when we were in Nepal, but now, I worried. Had I made a terrible mistake?
I poured my heart out to God, and soon peace filled my anxious thoughts. God was my husband. Whatever happened, He would never leave me.

I cast my worries about Manisha onto my heavenly father and husband, as best I could, and praised God that here in America if she was half-blind, she would have access to the best medical care she would need to live the life God had given to her.
A few hours later, we arrived for her eye specialist appointment, and the medical tech dilated Manisha’s eyes for a more extensive examination. My new daughter cried out in fear. Why hadn’t I waited a few days to allow her to acclimate to America before forcing her to endure so much trauma? Motherly guilt crept in, and once again, I doubted my ability to be a good mother.
Soon the ophthalmologist finished his examination and his words soothed my aching heart. “Her eyesight seems to be fine out of that eye. I think the reason her doctor couldn’t see the reflex is that her eyes are so dark, but her eyesight, as much as I can tell, is normal.”
Manisha was so uncooperative, I was amazed he could tell anything, but all that mattered to me was she could see out of that eye. I breathed a sigh of relief and praised God that her eyesight was normal.
I’ll always wonder if Manisha had miraculous healing that day, but I went home no longer doubting that I could be a good mother—God would be there for me through every trial and tribulation.

Twenty-four years later, Manisha has the best eyesight of anyone in the family. She is the only one who doesn’t wear glasses.

May 8 is the day we arrived home from Nepal—May 8, 1994, which was Mother’s Day. Manisha Hope has grown into a beautiful young woman and is on her own now.

I thank God for both my daughters, Hope and Joy. I have been blessed beyond measure by God’s tender mercies. I wouldn’t have either of my daughters if God had not done the impossible.

Isn’t that the kind of God we have, though, a God who is in the business of doing the impossible? As Psalm 113:9 states, “He puts a sterile woman in a household, and she is a cheerful mother of children (Aramaic Bible in plain English)

If you have not subscribed to my email list, sign up today at LorilynRoberts.com, You can also receive Children of Dreams for free as an eBook in multiple formats by clicking here.

Children of Dreams is also now available as an audiobook on iTunes and Audible for those who like audiobooks. 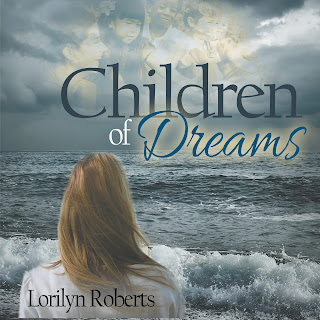 I have recently re-edited Children of Dreams, and if you already have the original version on Kindle, you can download the newest version from Amazon. Just go to your Kindle downloads and re-download. In addition, please consider leaving a review. Because Amazon has removed so many of my reviews (for no apparent reason), I’m now asking people to consider leaving a review on Goodreads instead of Amazon. Click here for the link.
Published inDevotionals