“…AND MY DAUGHTERS FROM THE ENDS OF THE EARTH” – A MOTHER’S DAY CELEBRATION: Devotional by Lorilyn Roberts

I gazed through the broken window admiring the grandeur of the Himalayan Mountains twenty miles west of China. I felt like I was starring in a movie as I sat nervously waiting in the dusty, dingy office of the Chief District Officer of Dolakha, Nepal. The room was mostly dark, lit with only one uncovered light bulb. Old wooden chairs lined the bare walls and scraped the concrete floor. A dark-haired, three-year-old little girl named Manisha sat beside me.

The C.D.O., a man in his early 30’s, sat at an oversized desk with my papers before him. Wielding incredible power over my future, I needed his approval to adopt Manisha. It was hard for me to fathom how I had put myself into this situation, except that I knew God was leading me. My thoughts flashed momentarily back to my failed marriage of eight years.

“I don’t love you anymore,” my husband told me one night after I confronted him with evidence that he was seeing another woman.

I replayed scenes of the long hours I worked as a court reporter putting him through medical school. I remembered the wine bottles and cheese that I uncovered in the garbage upon returning home after visiting my family in Atlanta. I recalled the night he contacted the police after I confronted him in his office at the hospital. Two weeks after our divorce was final, the other woman gave birth to his child. I was devastated and hurt. Only a loving God could help me to start over and begin a new life. A few years after my divorce, I received a letter from World Vision, an evangelical organization that sponsors children in Third World countries. The beginning of the letter, dated February 13, 1993, read: “Over 150 million children worldwide are trapped by hunger, sickness, poverty, and neglect.” I took the letter and put it on my refrigerator and thought, someday I am going to adopt a child from another country. The letter ended with a quote from Proverbs 13:12 (LB), “Hope deferred makes the heart sick; but when dreams come true at last, there is life and joy.”

Now, eight years later, after much forgiveness, prayer, and healing, God lead me to Nepal. I looked at Manisha, and with piercing, dark brown eyes focused on me, she spoke softly in very clear English, “I love you.”


I did not know how she could have uttered those words because she could not speak English. It gave me the assurance I needed over the next few days that God was in control. The C.D.O. poured over my documents and after a while looked up and asked, “You’re not 40?”


“It’s the law you must be 40.” He gave a cursory glance through the rest of my documents. He and Silas, my facilitator, exchanged a flurry of words in Nepali. Some elderly Nepali men sitting in the room stared at me. I had the feeling that Silas was talking about my infertility. I felt exposed that such personal information was being bantered about. I saw worry in Silas’s eyes and knew my hopes of becoming a mother were precariously in limbo.


“We can go back to Kathmandu and try to get special permission from the Home Minister for you to adopt, but there is nothing more we can do here.” 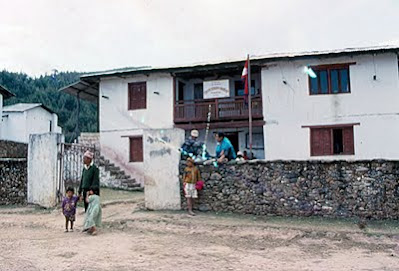 I pondered in my heart what Manisha said to me, “I love you.” I had to trust God.

The next morning I heard a knock at my hotel door. I opened it and there was Manisha. She looked beautiful in her new pink dress and checkered blue top, smiling and laughing. My heart was full of both worry and hope.


Before we left the hotel to meet with the Home Minister, I called my Mom and asked for prayer. Isaiah 43:5-6* came to mind, “Do not be afraid, for I am with you; I will bring your children from the east…and my daughters from the ends of the earth.”


“O, Dear God,” I prayed,  “Please let this be Your will. Manisha needs a forever family, hope, and You.”


The sun shone brightly and it was a beautiful day as we arrived at the courthouse.


“They don’t like me at the legal office,” said Silas, “because I refuse to give them money. In America, it’s called bribery, but in Nepal, it happens all the time.” 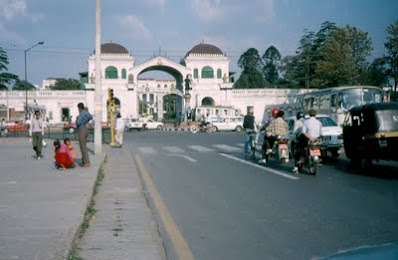 Nobody wanted to help us. Silas spoke in Nepali to a male secretary and he motioned us into another room. An errand boy, after an extended discussion with Silas, went into the Home Minister’s office. We waited for what seemed like an eternity. Finally, he reappeared speaking in Nepali to Silas.


Silas breathed a sigh of relief and anticipation.

“The Home Minister has granted his permission for you to adopt Manisha.”

My eyes filled with tears as I remembered Manisha’s softly-spoken words in the Himalayan Mountains, “I love you.” It was as if God had said to me, “I love you.” 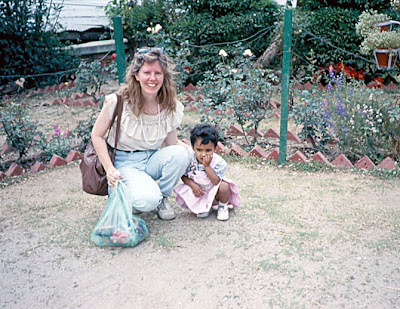 Just as God loved us so much that He gave us His Son and adopted us into His family, God had given me the first of two daughters to love from the ends of the earth.

The full story can be read in Children of Dreams, available at Amazon and other bookstores. The medical mystery uncovered in the book was featured in Animal Planet’s “Monsters Inside Me,” Episode 210, “Shape Shifters.”
You can watch the episode by clicking on this link.

Manisha arrived home on Mother’s Day, May 8, 1994. I dedicate this story to all mothers for Mother’s Day!