BOOK MARKETING: ”What It Takes to Have a Winning Team,” by Lorilyn Roberts 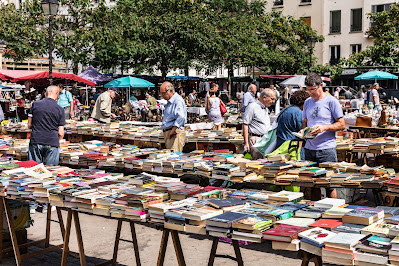 Everyone knows who Lebron James is—at least they should know. Many consider him the best basketball player currently playing the game. He can do it all—shoot from the perimeter, make free throws from the foul line, dunk the ball with great charisma, pass it through arms and legs, muscle his way through guards, and practically defy the laws of probability on a good night.

He didn’t just start doing that. He’s been doing it since he was young. In fact, he entered the NBA at eighteen, right out of high school, bypassing a college career completely.

I remember the naysayers—he’s not good enough, he’s not old enough, he doesn’t have enough experience, in the NBA he will have lots more competition, he’s not that good. I remember all those comments because I wrote them. I do closed-captioning for television, and commentators love to beat up on famous people. Actually, maybe it’s not so much beating up on people, but I cringe at times when I hear what ruthless so-called experts say, thinking how I would feel if they were saying that about me.

Marketing is really a game. It’s a big game made up of players, managers, owners, referees, commentators, and the “crowds” that watch, whether it’s in a stadium, in the galley, in the stands, or in a gymnasium. Somewhere everybody fits. Those that don’t enjoy sports, well, I guess you just miss the game.

But let’s pretend you are a sports fan even if you aren’t. I use Lebron James as an example because he is a marvelously successful basketball player. He has done it all—except one thing that he wants more than anything else. He wants to win an NBA championship.

Why hasn’t he done that yet?  After all, he’s been a professional basketball player now for years. Were all the naysayers right?

Even the best basketball player in the world can’t win a championship all on his own shoulders. When Lebron James was with the Cleveland Cavaliers, he tried. He did everything in his power to make it happen. He came close, but in the end, he failed.

As I am writing this, the Miami Heat is playing the Chicago Bulls for a bid at the championship. I don’t know who will win—I am pulling for Miami for Lebron’s sake, even though I really like Joakim Noah for the Bulls (He showed up at my daughter’s nine-year-old birthday party and surprised us all.

Games are not meant in large part to be solitary sports (except for a few like tennis). To win, it takes cooperation, commitment, hard work, perseverance, and team participation by everyone.

I have captioned hundreds of games in various sports, and afterward, the reporter usually interviews the most valuable player and the coach. He will also interview the losing coach and one of the best-losing players if time permits. It’s always interesting to hear what each coach says, and I especially love to hear the players’ thoughts.

After the game, all the reporters from the various sports news agencies will gather in a press room, and the star players and coaches will sit at a long table. The press conference often includes a bunch of “stupid” questions. Usually, with grace, the players and coaches will endure the battery, probably remembering that paycheck (in the pros), and those in college get a taste of the limelight.

But for those teams who are successful, it goes so much deeper than that final winning shot. It goes back to hours of practice and sacrifice; learning to play together as a team, the quirks of fellow teammates, what makes them tick and what ticks them off; and encouraging each other on how to make the other person’s game better. It’s about “dying to self” and embracing the concept deep down that it’s not “all about me.” And sometimes you have those phenomenal athletes like Tim Tebow who openly give the glory to God for their success.

But I want to remind the reader that the ultimate goal of the network is to bring glory to God through promoting a Christian worldview in the best-seller categories on Amazon, Barnes & Noble, or the New York Times. If we remember the ultimate goal is to glorify God, we can have a “winning team.”

That means we rejoice when someone else wins an award, snags a contract, receives a glowing review, or achieves something for the first time he or she never thought possible. We die to ourselves, not wishing it was us instead. God has a path for each one of us.

As a Body of Authors, we can help each other to achieve success on whatever path God sets before us. For some, that might mean selling only a few hundred books. For others, that might mean selling thousands. The outcome is not ours to control. We unselfishly commit our way to be part of a winning team, not counting the costs in personal sacrifice, but the ultimate cost of winning souls. That is the real game in Christian marketing.

It’s not always the outcome that matters, but the process through which we achieve it. If we focus on the outcome and disregard relationships as we strive for that elusive finish line, we probably won’t succeed. It’s just too hard. Winners have learned they need others’ help to succeed. This is the philosophy behind the John 3:16 Network.

Recently, an author complained to me, “I feel like I have given out so much and gotten so little in return.” She cited some examples and I could relate to her sentiments about being slighted. We have all experienced it. None of us are immune because it’s not in our nature to ignore the hurtful things people do to us—even when it’s unintentional.

My email back to her was this:

God will return tenfold what you give out if you don’t keep score. He doesn’t forget. Think about all the people who have helped you and you weren’t in a position to return the favor.

Believe me, you will receive it back in miraculous ways, and it’s always better than what you expected, perhaps from a different source. But you need to have a short memory to allow God to have a long one.

But there are also other kinds of success not measured in dollars and cents—in relationships, networking, and gaining knowledge and skills.

Here we are all winners. We have taken that first step in successful marketing—networking.

Author’s Note: Although the John 3:16 Marketing Network is no longer active, the steps we took and the strategies we implemented still apply today in 2022. Create your own networking with other like-minded authors, help each other on book launches, and you can achieve great things; but remember, it is God who we serve. Give Him all the glory for your success and learn from your mistakes. It’s a marathon, not a sprint. Happy Marketing!