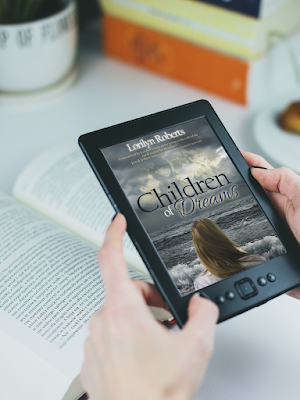 A beautiful review by Steve Corley of my adoption memoir for Mother’s Day.

Adoption has always been important to Lorilyn Roberts. She herself has been adopted twice. The first time was by her earthly parents and then by God. Ms. Roberts is the mother of two adopted daughters. Her book, Children of Dreams, is the story of all those adoptions, but mostly about the adoption of her daughters. She begins the gripping story at about the time she was thirty years old.
At the age of thirty, Ms. Roberts’ world was torn apart by an unfaithful husband and the subsequent divorce. Her dream of being a mom seemed to be on the burn pile. With no husband, how could she ever hope to have children of her own? Then, the idea for adoption. And, while that sounds simple enough, she chose to move forward with international adoption. The story takes us to Nepal, where she encountered life in a third-world country. Her writing style is warm and personal, so the reader experiences, in some small measure, the fear, doubts, and other emotions she went through. The international adoption process is full of reasons to generate a multitude of emotions. She recounts her relationship with God during this turbulent ordeal. Ms. Roberts never holds herself out to be some “super Christian.” In fact, I thought she was rather forthcoming in expressing her spiritual doubts.
After some years, life seemed to be at a point where she could consider adopting a second child. Then her daughter developed some serious health problems. If you’ve ever wondered if it’s possible for an adoptive parent to feel the same love for their child as biological parents do read about the terror Ms. Roberts went through. Read how God prevailed and made it possible for her to go to Vietnam to adopt her youngest daughter. Vietnam was another place where the reader gets to take a white-knuckle ride.
Through all her “adventures,” Ms. Roberts comes to parallel the story to God’s adoption process. She finds her faith at the critical moments, but not before the reader either wants to give her a comforting hug or shake her and say, “get a grip on yourself.” In the end, God prevails, and the reader is uplifted. I think you will enjoy getting to know Lorilyn’s heart and those of her two Children of Dreams.