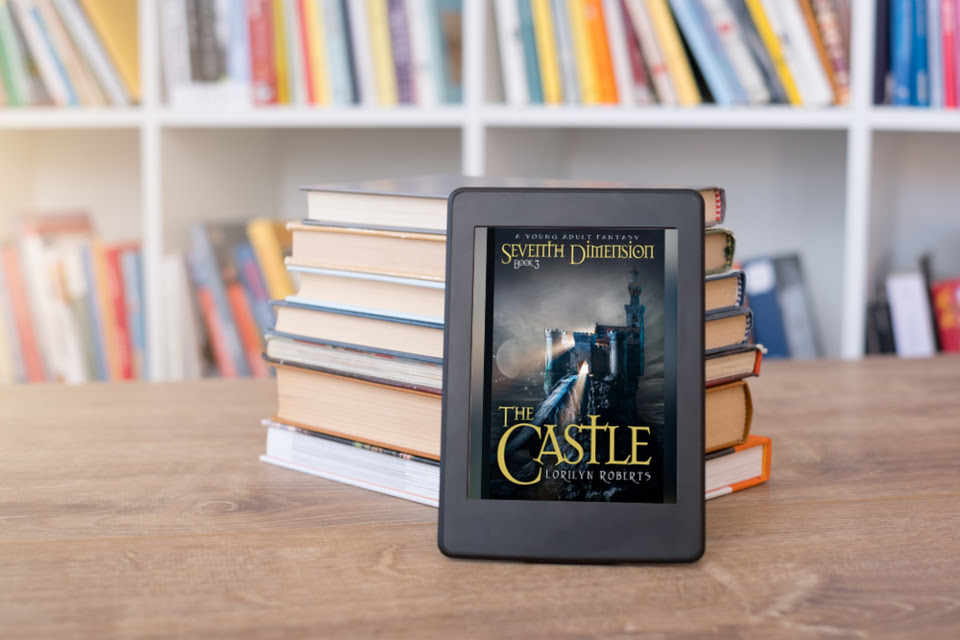 Published by Lorilyn Roberts on December 20, 2015

A Gripping Fantasy Based in Historical Fact

Seventh Dimension – The Castle is the third book in the Seventh Dimension Series of young adult fantasy written by Lorilyn Roberts. The protagonist is a young man named Daniel, who is Jewish, and who was born in the late twentieth century, but who is stuck in the “seventh dimension,” where time is illusory and time travel is possible. The Castle takes place mostly during the time of the earthly ministry of Yeshua (Jesus), in particular from shortly before his crucifixion until shortly after his resurrection. However, Daniel also on occasion finds himself flashing back to the time of the Holocaust, which he has also experienced in the course of his time travels.

While living during the time of Yeshua’s earthly ministry, Daniel encounters many of the characters spoken of in the Gospels and the Book of Acts and interacts with them. However, the one who most fascinates him is the miracle-working rabbi, Yeshua. As a Jew from the turn of the twenty-first century, Daniel has been told that Yeshua is not the Messiah, but that the Messiah is yet to come. However, as he witnesses the ministry and teaching of Jesus, and finally sees the resurrected Christ, he becomes convinced that Yeshua is indeed who he claims to be.

Daniel is more than a passive observer of all these things. He is also wanted by the Roman authorities for a crime he did not commit. His own life is often in danger, and this subplot is woven into the story of Daniel’s encounter with Yeshua.

This is a fast-moving, gripping book. It is thoroughly grounded in the scriptural account of the events of Jesus’ life. Because of this, it is especially appropriate as a way of bringing young adults into a better understanding of who the Messiah is and what he has done in bringing his people to salvation through his death on the cross.