Published by Lorilyn Roberts on June 1, 2015 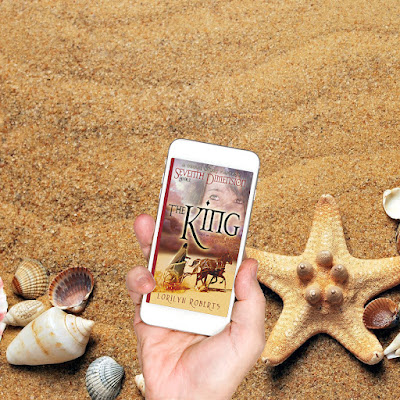 Seventh Dimension – The King is simply put, one of the best, most creative books I have ever read in any genre of literature. I read from cover to cover in one sitting..that is how spectacular and all-encompassing this book is!! I simply could not put it down!
There are so many elements of the story that I loved that I am not sure where to begin! The character development was extraordinary! I felt like I knew both Shale and Daniel and I saw myself in their struggles and their achievements! I LOVED the animals as well and how intertwined they became throughout the story.
I also was so impressed by the vivid imagery that Roberts created! I could see everything so clearly as I read through the story which just added another layer of excellence and depth to the tale.

While I loved all of the aforementioned aspects of The King, what was most important to me was the development of their individual spiritual journeys. This is what makes this so much more than a great story…there is something that everyone will find that they can relate to in their own relationship with God.

I am sure I am not the only one who would like to have met Jesus 2000 years ago…the mastery and God-given talent that has been written in these pages has allowed me to do that….I absolutely loved this book and I hope that everyone who reads it will be blessed by the story as I have been! This is not just a story ….it’s an adventure and experience I won’t soon forget!

The next book in the Seventh Dimension Series will be published on July 24. Here is the back cover blurb:

The Seventh Dimension Award-Winning Series continues in Seventh Dimension – The Castle. Daniel is haunted by a recurring dream of his missing father in a mysterious castle. When he is captured by the Romans and finds asylum in the Temple, he discovers a sealed scroll that reveals his future concerning a wager between good and evil. But the stakes are raised when the 17-year-old witnesses the trial and crucifixion of Yeshua. The convergence of time with supernatural events creates a suspenseful ending and the prelude to the fourth book in the Seventh Dimension Series, The City. 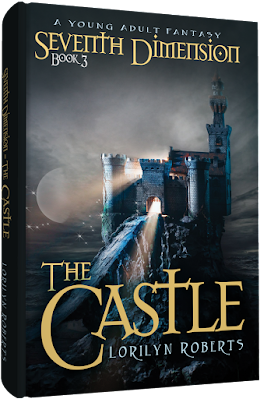