Published by Lorilyn Roberts on September 29, 2015 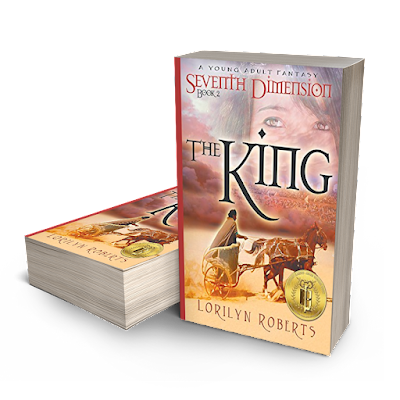 Reviewed by Emily-Jane Hills Orford for Readers’ Favorite
Daniel is a teenager with an unusual talent: he can read people’s thoughts. He’s also a young Jewish boy living in 2015, one with a troubled past that is marred by disappearances and deaths of loved ones that ultimately sent him to a psychiatric facility for rehabilitation. He quickly learns that rehabilitation isn’t something that science can fix and he leaves in frustration, only to return home and have his world literally disintegrate around him. That’s when he travels back in time to the first century, to an Israel that is totally foreign and a life that challenges not only his well being, but also his shattered beliefs, his shattered faith. Daniel crosses paths with Jesus of Nazareth.

He meets others from this time period, good people and not-so-good people, and he chooses diverse paths in the misconception that money will solve his problems. In the end, he loses all that he earns in this first century world, justifying a need to find a purpose, to reclaim his Jewish faith and heritage, and to come to understand this person – this rabbi, this teacher, this healer – that people are claiming is the Son of God. Lorilyn Roberts has written a thrilling time travel story that will inspire young readers to look into themselves to discover their beliefs and their faith, and to strengthen their passion to follow their God. This is a page-turning thriller, a coming-of-age time travel fantasy that challenges a young man’s faith and belief in God.
Purchase from Amazon by linking on this link
Purchase as an audio book from Audible.com by clicking here
Published inPraises for Lorilyn's Books