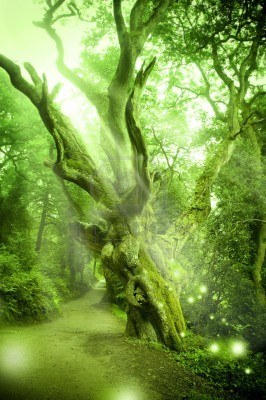 Published by Lorilyn Roberts on January 18, 2011 Those who are deep thinkers about fiction writing, enjoy these thoughts about the fictional dream, based on famed author Jon Gardner’s philosophy.

I am thankful the writing of the fictional dream has no rules. This allows our fictional dream to explore “where no man [or woman] has gone before.” Jon Gardner admonishes in The Art of Fiction: Notes on Craft for Young Writers, don’t write what you know; write what you don’t know. Is there enough creative artistry within me to pour out my soul—and write my fictional dream? I cherish the freedom to risk. As someone who becomes bored easily, I cannot write only what I know.

As I think about Gardner’s words and the fictional dream, I have come to realize seeking a Masters in Creative Writing can be risky for an artist. The creative process can be killed as one takes captive every tidbit of advice. With the earnestness of a perfectionist, zealous corrections may creep in which destroy the fictional dream. The broken threads threaten to braid themselves into a twisted nightmare which may be technically sound but artistically wanting.

But there must be limitations unless we are God. When I wrote my memoir Children of Dreams, I sat down at my computer on a Sunday morning and started writing. I didn’t study any “how-to” books or even question if I knew what I was doing. I just started writing. The more I wrote, the easier the task seemed. But this “fictional” dream was rooted in reality. Once I had tasted the sweet victory of finishing a book, I wanted to write another one. I also realized at that point I had attained the highest level of writing I could achieve. Raw, God-given talent can take you only so far.

What happens when you want to go to the next level? The reality of ignorance raises its head. Like when you study the Bible for the first time seriously, you soon realize how little you know.

On the marketing side, voluminous sites on the Internet promise shortcuts to success. One even claimed, “Pay me X dollars and write a book in a weekend!” Would I even want to read my own book written in a weekend?

But anything worth achieving has no shortcuts. Gardner points out you must learn the rudiments or you will never become a Master. I felt my fictional dream floating away from me. Derisive voices shouted at me convincing me I couldn’t write anything anybody would want to read. My fictional dream became filled with demons disguising themselves as truth. “You can’t do this. You are no good.”

Pain and doubt plagued me, “Am I going forward or backward?” I questioned. I slammed the book down and screamed back, “Shut up!” But as one continues on this journey into the unknown of the fictional dream, slowly, but painfully, mastery sets in. We come to the realization, “I can do this, and now I can do it better.”

If we are human, we will never quit dreaming. Our job as writers is to take that dream and put it on paper. Fiction gives us the freedom to state it more real and dreamlike if we use the tools in the right way. We can escape into another world that we create through the use of verisimilitude. Verisimilitude allows us to tell our story in a convincing way through the proper use of voice and devices. We must persuade the reader that what we are telling is true. Details should paint a setting that’s real. Characters need to be lifelike. Problems must appear unsolvable, and the protagonist must beat overwhelming odds. We may move the reader to tears of hilarity, to disgust or anger. But we must move him emotionally.

Otherwise, he will stop reading and say, “This is not believable. I am bored,” and put the book on the shelf. Not only have we failed to achieve success with the fictional dream, but we have also lost an opportunity to change a life (and will probably lose the reader for future books).

My most recent example of a fictional dream that failed is The Shack. The beginning of the book was surreal. I had to put it down. I was terrified that one of my daughters would be kidnapped and murdered. I still have a hard time looking at ladybugs the same way, deliberately not counting the number of spots on them. The detail in the writing drew me into the fictional dream and I was terrified.

I eventually picked the book back up and started reading again. I was too hooked to not finish it. But then something happened. I read the scene where the Trinity was split into three life-like people. The God part of the Trinity was called “Papa.” Immediately the fictional dream was no longer real. While the writing was creative and the rudiments were in place for a great story, the fictional dream in this case interfered too much with what I know as truth. I couldn’t turn off my unbelief. The fictional dream deviated too far from my core values, much as Tevye in Fiddler on the Roof could not bless his daughter marrying a non-Jew. His acceptance of her marriage would have broken him. I put The Shack down in disappointment several months ago. I retrieved it from my bookshelf as I thought about the fictional dream and attempted to read it once again. But I couldn’t.

I see the Bible as the greatest story ever told, and the proof-texts in the New Testament are well documented in the Old Testament. It was the proof-texts that validated the Old Testament that convinced me that the New Testament was true. Jesus was born into the world to save mankind from his sins. As I think about that, I am struck with the importance of building the proof-texts into the story We must authenticate every detail, provide a colorful history, present the vividness of our world in 3-D, create characters that are striking, and a story that the reader will care enough about to forego going to the bathroom until he can no longer bear the pain. The fictional dream becomes his world now, leaving him in suspense. He worries about the characters as if they were his friends, his family, or himself.

As another example, the fictional dream should be like our dreaminess when we sleep—where we absorb everything into it like a vacuum. The thunderstorm outside the bedroom window becomes part of the reality of our dream. The characters who pop into our dream out of nowhere are people we know in that other world. Some of those people are found in the real world. Some aren’t, just like in the fictional dream. In the dream state, I have places I have visited time and again, places that do not exist in reality. I have friends, jobs, and crazy things I do that seem perfectly normal in that other place. I recently woke up one morning and wondered who that man was I married during the night. Our dreams take us to places we have never been consciously, but unconsciously, have touched us in ways we may not be aware of. We work out our fears, our hopes, our drudgeries, our unsolvable issues, and wonder the next morning, “Why did I dream that?”

The fictional dream may reveal the answers to some of these perplexing questions. Are not most of our stories borne out of the frailness of our human nature, our fall from grace, our sinful condition, and our hope for resolution? Like stardust from a star, even a child knows fear, worry, pain, sadness, and death, and the fictional dream can promise insightful answers. We write as a lover woos his mistress, convincing the reader to discard his logical thinking and embrace our creativity. We ask him to risk embarking on this fabulous journey that has become our fictional dream. Can we offer hope of escape from reality, even redemption? The choice is ours. If I was possessed, I could present a terrifying world of despair and hopelessness.

As Gardner points out, however, be careful. The written word can’t be erased easily from a sensate individual’s memory. Our words will live on in books long past our existence on this rock suspended in space. We possess the power of demigods from hell or messengers from God. How we touch the lives of those around us, even many years into the future, for good or evil, comes from deep within us.

Let us not disappoint. May we give the reader the roller coaster ride of a lifetime, with all the thrills he hoped for; and then surprise him with more. Let’s not waste the opportunity or gift of writing God has shared with us. As an author hoping to emulate the Greatest, let us begin our journey with one word, and then another, and then another, as an artist draws on a canvas until the fictional dream becomes a masterpiece. And hopefully, the reader will say, “That was good. I wish I had more to read,” close the book and relive the fictional dream.