DIVERSITY IN THE UNITY OF CHRIST: Devotional by Lorilyn Roberts

Published by Lorilyn Roberts on August 25, 2009 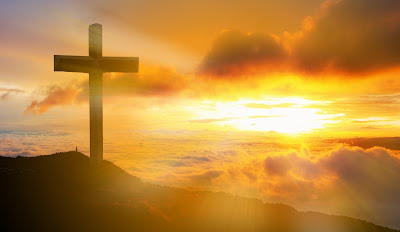 Galatians 3:26-29: “You are all sons of God through faith in Christ Jesus, for all of you who were baptized into Christ have clothed yourselves with Christ. There is neither Jew nor Greek, slave nor free, male nor female, for you are all one in Christ Jesus. If you belong to Christ, then you are Abraham’s seed, and heirs according to the promise.”

While the media tries to make us think diversity will make our country stronger and help us to be more tolerant of each other, quite the contrary is true. When diversity is used to show differences between people, it divides.

On 9/11 when our nation was attacked, the people of New York came together in a way that was totally unprecedented. It didn’t matter if you were black, white, wealthy or poor, people wanted to help each other because they were hurting.

In the Middle East, differences in race and ethnicity keep people apart. Oftentimes, diversity does not draw people together; it divides.

In Christ, we are one in the spirit. We are all part of God’s family. Whenever I meet a fellow Christian, whether I am in Florida, Asia, or Australia, everything else about that person takes a back seat. I know we are one in Christ and that I am speaking to a brother or sister in Christ.

No country has ever survived when diversity was emphasized over the unity of the people. As we stray further and further away from the Judeo-Christian principles on which our country was founded, it’s only a matter of time before “diversity” undermines enough of the fabric of our country that we can no longer stand.

No longer united as “One Nation Under God,” what will we become? God made us all unique and special, but we are part of one body – the body of Christ. Once we elevate diversity above unity, we risk catastrophic consequences.

Jesus Christ is the most divisive person that ever lived. He separated the believers from the unbelievers, and His divisiveness confounded the leaders of his day. But the unity of the believers became the cornerstone of His Church. Can we see unity and diversity through God’s eyes as Jesus did 2000 years ago? He knew men’s hearts, and He knew what was in a man. That is the challenge set before us. May God grant us the ability to see diversity in the unity of Christ.