FREE ON ALL EBOOK PLATFORMS: “Seventh Dimension – The Door: A Young Adult Fantasy,” by Lorilyn Roberts

Published by Lorilyn Roberts on December 26, 2012 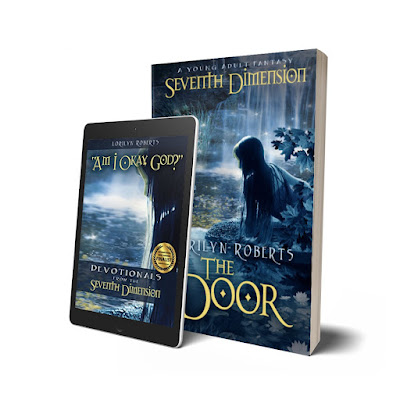 For every child who struggles with doubt, for every kid who has been bullied, for every teen who comes from a broken home, and for every young adult who longs to be understood – there is hope.

Best-selling author Lorilyn Roberts shares once again the power of redemption in this Christian coming-of-age novel. Written in first-person, Seventh Dimension – The Door reads like a first-hand account of a young girl, Shale Snyder, who is treated unfairly by her family, school, and classmates. Fear distorts her sense of self-worth and she is enveloped with guilt because of a secret from her past.

While on a sojourn similar to Christian in Pilgrim’s Progress, Shale discovers talking animals and a handsome young man with whom she falls in love. Her journey is one of self-discovery as she battles personal demons, family conflict, and wicked underlings, and comes face-to-face with a personal decision she must make – bound up in the king she meets in first-century Israel.

“I spent two years developing the plot,” says Roberts, “as part of my Masters in Creative Writing. I love the classics, particularly books by Charles Dickens, Fydor Dostoevsky, Emily Bronte, C.S. Lewis, and J.R.R. Tolkien. I hoped to provide an entertaining story that would evoke deep spiritual longing.”

Roberts adds, “I was a troubled child from a broken home on the road to juvenile delinquency – until I met the king.”

Lorilyn Roberts lives in Gainesville, Florida, with her two daughters from Nepal and Vietnam. Manisha’s and Joy’s adoption stories were told in her bestselling memoir Children of Dreams. Part of her family’s memoir was featured on Discovery Channel’s Monsters Inside Me.