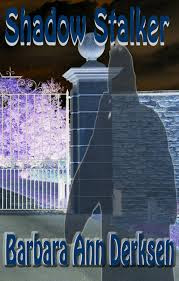 Want a scary book to read – something that will make your skin crawl and heart thump and keep you guessing?  Check out Shadow Stalker: The Finders Keepers Mystery Series, Book One, just released in May 2013, by Barbara Ann Derksen.  Here is the description from Amazon:

An ominous shadow hangs over her, as Christine Finder, alias Melissa Rompart, visits the brutal slaying of her parents most nights in a dream. The threat of discovery propels her to search for the whereabouts of the killer to see the man brought to justice. In the meantime, the killer stalks her mind while she operates Finder’s Keepers, an agency that searches for the people her clients hire her to find. Nathan Brent is only four years old and missing. Will she find him in time or will the killer find her first?

Want to read more? The prologue and chapter 1 is below. 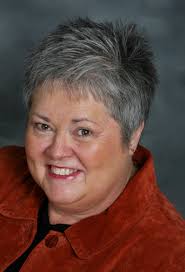 Born in Canada, Barbara Ann resided in the US for twelve years. There she was published for the first time, first in newspapers and magazines and then, in 2003, her first book was released. Watching the expressions on the faces of her readers as well as answering questions about her characters is what drives Barbara Ann to write yet another book. Her favorite genre is murder mystery but each book brings forth characters who rely on God as they solve the puzzle in their life. Her readers also have a tremendous amount of input when they wonder what happened to this character or that one, even if they are secondary to the story.
Order your Kindle copy of Shadow Stalker
Published inGuest Posts