Published by Lorilyn Roberts on August 8, 2013 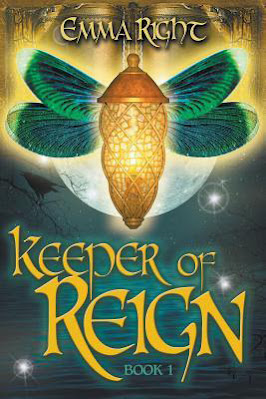 Excerpt from Keeper of Reign Book 1

Jules said, “We need a plan. Let’s check what’s missing.” He rushed to the hearth and pried the loose brick to the side. He reached his arm deep and thought he felt the soft nap of the pouch but then he jerked his hand back out and sucked on his finger.” Ouch!”
Ralston said, “We can’t afford to lose your pouch—maybe the only way to buy things if we have to look for Mom or Dad.”
Jules glared at him.
Ralston said, “What’s wrong?”
Jules reached back into the hole, this time less enthusiastically. “Something sharp.” When he pulled it out he stared at the shard of glass in his hand. “Hold this, Rals.”
Ralston held the sharp edge gingerly. “Is it yours?”
“Would I put something sharp like that to cut myself up?” Jules then brought out his pouch, and sighed. He gave its contents a quick peek and slipped the soft pouch into his cloak pocket.
“It’s a good thing the burglars missed that,” Ralston said. “Should we toss this?” He passed the shard to Jules who turned it over.
“Some words here.” He read, “‘—ook within.’ What’s that mean?”
Keeper of Reign Book 1 trailer:  http://bit.ly/Keeper_of_Reign_Book_Trailer
To order, click here: Keeper of Reign on Amazon
What reviewers are saying:  “Overall, I definitely enjoyed the book and would recommend it to fantasy lovers. ”Fallen Angel  |  22 reviewers made a similar statement
“Emma Right did an excellent job with the character development. ”Larry B. Gray  |  19 reviewers made a similar statement
“I thoroughly enjoyed reading this story, and I look forward to any sequels. ”Morgan Chase  |  10 reviewers made a similar statement 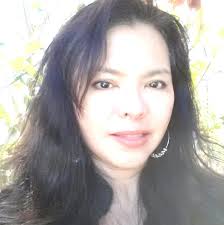 Emma Right is a happy wife and Christian homeschool mother of five living in the Pacific West Coast of the USA. Besides running a busy home, and looking after their five pets, which includes two cats, two bunnies and a Long-haired dachshund, she also writes stories for her children. She loves the Lord and His Word deeply, and when she doesn’t have her nose in a book, she is telling her kids to get theirs in one.
Emma worked as a copywriter for two major advertising agencies and is the recipient of several awards.
Published inGuest Posts