Published by Lorilyn Roberts on January 3, 2014 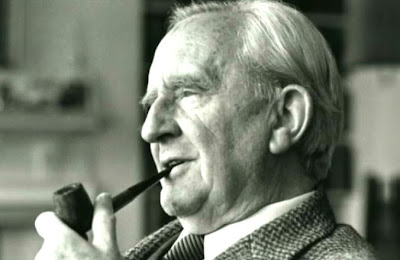 Guest Post by Janalyn Voigt
I discovered J.R.R. Tolkien’s The Hobbit as an adult, a handicap I soon overcame. By the time the hobbits made a daring escape on the back of giant eagles, my childhood love of flying elephants and Neverland had kicked in. I never looked back, going on to read The Lord of the Rings trilogy to find out what happened next.

I loved the beautiful, dangerous, and mysterious world Tolkien created in Middle Earth, but the most important reason I read to the very last sentence of his epic trilogy is that his characters transcended the page and came alive for me. As a fantasy author myself, you could suppose that snagging my over-active imagination wouldn’t be too difficult. Except that since then I’ve read (or more accurately tried to read) any number of fantasy novels that couldn’t hold a candle to Tolkien’s works.

Tolkien created larger-than-life characters partly by assigning them quirks common to man. Bilbo’s fondness for the comforts of homemade his perilous quest particularly difficult. His grumbling seems at first comical, then pathetic, and finally endearing. Later in the story, when he relinquishes his desire for hearth and home in favor of the greater good, his decision is nothing short of heroic.  Frodo, hero of The Lord of the Rings, has to overcome the power of an addictive force. Strider (Aragorn) must summon courage in the face of defeat to heal his kingdom. Even Gollum is a villain to be despised but pities because of his sin of greed. Tolkien designed his characters to speak to our human weaknesses and to make us better for having vicariously experienced their character arcs.

Adventure is the greatest element present in Tolkien’s books. Due to the author’s skillful foreshadowing, the sense of doom grows as the series progresses until it reaches fever-pitch during the final excruciating conflict. This is storytelling at its finest. Reading The Lord of The Rings trilogy with an analytical mindset can help a writer understand how to increase tension in a story.

Unlike C.S. Lewis, who gave us a Christ-figure in Aslan, Tolkien doesn’t employ one symbol of Christ but many. Frodo becomes the sin-bearer, Aragorn the savior, and Gandalf the mysterious visitor who calls on us to leave the comforts of home and defeat the wiles of a dark enemy.

I count Tolkien among the influences on my Tales of Faeraven trilogy, which is written in the medieval epic fantasy genre he helped establish. The series begins with DawnSinger and now continues with the release of Wayfarer. 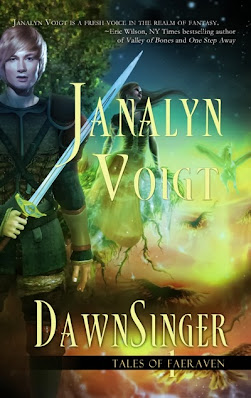 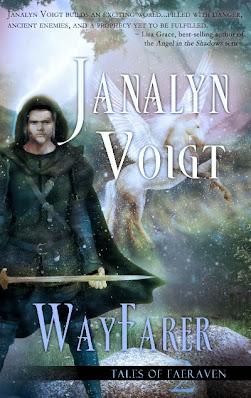 As children, my older brother and I would beg my father for bedtime stories, and he would give them.  His deep voice rumbled against my ear at his chest as he unfolded stories of exotic places like Oz and Neverland. My imagination carried on with the tales even after he closed the book for the night. When eventually he stopped reading stories, I began creating my own.