GUEST POST BY PAM HILLMAN: For the Love of a Child: An Ode to Will

Published by Lorilyn Roberts on January 5, 2013 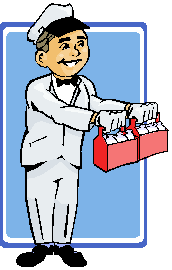 For the Love of a Child: An Ode to Will
By Pam Hillman

Will Woods was our milk man when I was a little bitty squirt. And by milk man, I don’t mean he picked up those small 5 gallon milk cans. He drove a milk tanker and transported a gazilliongallons of milk every day.
We lived down a long dead-end country road, and I could hear a car coming from a mile away. So it was no wonder that I could hear Will comin’ long, long before he got there.
Will gave me my first tricycle. Mama said Will didn’t have kids at that time, so I don’t know where he got the tricycle, but I distinctly remember that he brought it to me in the cab of his tractor-trailer for my birthday. I loved Will with all the passion of a pre-schooler who didn’t see anybody other than my parents and older brothers all week. Since my parents both worked on the farm, I didn’t go to pre-school or daycare: the dairy was my daycare; my brother, the dogs, cats, and newborn calves my playmates.
Will picked up our milk every other day, but I was too young to process how often “tomorrow” really meant, so I’m sure I drove Mama crazy asking when Will would be there. But I was old enough to know that if Mama and Daddy were done with the milking, it wouldn’t be long before Will showed up.
I have a good imagination (I’m a writer, after all), and this is kind of hazy, but I seem to recall sitting on the cement steps at the barn many a morning on those off days, and then trudging to the house when I realized Will wasn’t going to show up that day.
One Sunday morning, Mama was getting us all ready for church, rushing around as only a farm mother can do after getting up at five am to milk a herd of Holstein cows, and next thing she knew, I came flying out of the back room like a wild cat. She made a grab for me, but I tore out of the house toward the barn, yelling “Will’s comin’! Will’s comin’!”
She hadn’t heard a thing. But I had.
I’d heard that big motor and those big wheels bringing my friend to me. And it didn’t matter that on some days all he brought was a tootsie roll or a piece of gum. He’d remembered me, and I was happy.
While I had a loving, Christian family with roots deep in the red clay hills of Mississippi, my friendship with Will reminds me of Jimmy Denton’s relationship with Slade and Buck Donovan in Claiming Mariah.
Jimmy’s home situation isn’t the best: His pa is a drunkard, and they live in a shack that is falling down around their ears. Slade and Buck Donovan see a bit of themselves in the little boy, and they befriend Jim. Eventually, the caring and acceptance of the Donovans touch the entire Denton family, allowing healing and family to mend. Jimmy’s story is not the main thread in Claiming Mariah, but it is an important part. Jimmy weaves himself into Slade and Mariah’s story and finds a home there. Right where he belongs.
Back to my friend, Will Woods. In my young mind, I assumed Will lived far, far away. As I wrote this blog post, I couldn’t remember his last name, so I called my mother. Mama told me she’d recently seen Will at a Wildlife Jamboree in our community. Over forty years after he ran the route as our milkman, some little nugget prompts me to write an article to honor the attention a man showed a little girl who lived on the backside of nowhere, only to find out he lives right here in my community, and not far, far away as I’d always thought.
That God. He’s amazing, isn’t he?
And so are the men and women who take time for a child.
~ 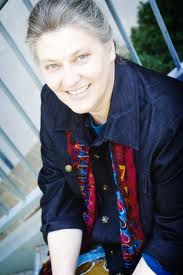 Pam Hillman was born and raised on a dairy farm in Mississippi and spent her teenage years perched on the seat of a tractor raking hay. In those days, her daddy couldn’t afford two cab tractors with air conditioning and a radio, so Pam drove the Allis Chalmers 110. Even when her daddy asked her if she wanted to bale hay, she told him she didn’t mind raking. Raking hay doesn’t take much thought so Pam spent her time working on her tan and making up stories in her head. Now, that’s the kind of life every girl should dream of! Claiming Mariah is her second novel.
Pam is thrilled to announce the release of her second novel,
Claiming Mariah
Claiming Mariah
Pam Hillman’s Author page on Facebook and/or sign up for Pam’s newsletter.
***
Published inGuest Posts