Published by Lorilyn Roberts on September 25, 2012 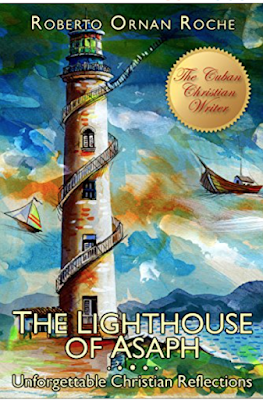 “We need to show you how to get home from school in case we are attacked,” my father told me one night as he tucked me into bed.” The next day at school, the teachers instructed us if the sirens sounded, we needed to run into the hallway, get down on our hands and knees, and bury our heads between our legs.
“Don’t eat any food unless it’s sealed in a can,” my mother said, “and make sure you wipe off the top first.” The next day my parents showed me the way home from school along a heavily-traveled road in case they couldn’t come to school to get me if the buses weren’t running.
“What happened?” I asked. Fear struck at my heart that I might not see my parents again. Who would want to attack us anyway?
My dad replied, “Cuba has aimed missiles at the United States. If they launch them, they could reach Atlanta.” I had never heard of Cuba and had no idea what missiles were, but I was frightened. At seven years old in first grade, that was my first indoctrination into the possibility of war and my own vulnerability to the unthinkable—my parents or I could be killed.
Fortunately, the danger passed, thanks to President Kennedy’s strong leadership and standing up to Fidel Castro, but I learned later, that wasn’t my family’s only encounter with the communist dictator. When I was older, my grandparents told me about their wonderful vacations in Cuba during the 1950s, how beautiful the beaches were, and how much they loved the island. They never took another vacation anywhere in the world that came close to the tranquility of those they took in Cuba before Fidel Castro seized power.
In more somber moments, they shared with me their final vacation when Castro overthrew the government and the revolution took place. The hotel workers deserted the hotel, the bar was raided, the food was stolen from the kitchen, and total anarchy covered the countryside. It was a story I never got tired of hearing. I only wish I had written down in detail their experience so I could write about it today.
Sadly, I never thought much more about the people of Cuba until we had an author to join the John 3:16 Network recently. As I read his emails on our private forum, I became keenly aware of how difficult his living situation is and how much I take for granted in a country where freedom and opportunity have always been the norm.
Here is a short interview with Roberto Ornan Roche

* You are a Christian writer in Cuba. Please tell me a little about your life.

Life in Cuba is somewhat routine and boring, though to be a Christian makes it worthwhile. I work as a small business landlord for computer facilities. My wife and I have a baby of ten months, and it is very difficult to make ends meet. For example, some strained fruit for our baby costs 25 pesos (about US$0.95), but the average wage of a worker in Cuba is less than four hundred pesos a month (about US$15.00).

When I have some free time I go on the internet to see how things are going with my books. But the internet is expensive and difficult to use, and sometimes I spend more money checking my books than I make from them. The internet is prohibited in Cuba, but we can pay to obtain some hours, and hope that the State does not take reprisals.

It is important, amid all that, to maintain our spiritual life and not lose sight of the Lord.

* How did you start writing?

I began to write because I felt that it was the best way to express my feelings about my life, and as an expression of my faith. For that reason my writings are devotionals, testimonies and simple stories. I wanted to express my devotion to God, who has a purpose for my life.

* Is it easy to be published as a Christian writer in Cuba?

The churches and denominations in Cuba have small magazines, but with few pages and very low circulations. These magazines are the only means for a Christian writer to say something. A national seemingly Christian publishing house exists, with the possibility of printing a great number of copies. This Publishing House is named “Roads.”

However, they also mix in politics, and they live ostentatious lives, backed up by donations from overseas Christian organizations. But that type of “Christian” is known well and the true churches don’t mix with them, although they are powerful and can offer useful opportunities, because they enjoy the privilege of the State.

* Is it easy to be a practicing Christian in Cuba?

I remember when I was a schoolboy that our teachers made us stand at the front of the classroom, so that the other students could make fun of us, because we didn’t believe in Darwin’s Evolution or in the ideas of Marx, Engels and Lenin. We were simply Christians, and the other children were trained to hate us.

This was not an isolated practice. Rather, it was mandatory for the teachers to embarrass the Christian children. Likewise, it was necessary for parents to deny their faith, so that their children could study in the University.

Currently, with the decadence of the socialist society, the State has been allowing certain freedoms and has been taking advantage of Christians to heal our society, although in no way do they want a Christian society. They simply want us to participate in the formation of a solid society – taking the good of the churches, but without giving much ground.

* Are there many churches in Cuba?

Yes, we have many churches, although we are not allowed to open up or build new churches. This has always been forbidden. Our local church is more than eighty years old.

* Please tell me a little about your church.

Our church is small, but after waiting decades for a construction licence, and jumping over thousands of bureaucratic barriers, the construction of a new church building, on the site of the old church, is almost finished.

Due to the construction work, some church activities have been rescheduled. But normally we have men’s, women’s, children’s and youth worship. We also have prayer groups, Sunday School in the morning and evening worship.

Our Pastor is a very good preacher. He is very inspiring and his sermons attract a lot of non-believers. We also have home prayer groups, and fasting and prayer in the mornings.

People in our church are simple and humble, very poor and unpretentious. Over many decades a lot of very good Christians have left their imprints on the hearts of the congregation. These were church brothers and sister who always stood up and gave moving testimonies.

A brother who traveled overseas remembered us with a donation that we used to buy an electronic piano for the church. We call these brothers and sister the Pillars of our church, and although they have moved to be with the Lord, we always have other older men and deacons who are the new Pillars of our church.

My mother Migdalia has been a very active person in the Ladies department and a teacher of Sunday School. In her youth she traveled hundred of kilometers to study and also to teach at Summer Schools in small towns.

I hope you enjoy this short poem by Roberto. My heart is quickened when I see lived out the profound truth of God – He is the same yesterday, today, tomorrow, and in every country throughout the world, we are one in the Spirit.
The Perfect Story
By Roberto Ornan Roche
They wanted the “perfect” story, without miracles and without churches, so that sin did not seem so bad, nor the Christians so good; where the suffering one, the abandoned one, and the ordinary one did not count. A story to give meaning to the vanity of the World and to open the doors equally to all the experiences.
They wanted clearly understood the reason why evil covers and overcomes good so easily; the reason why the man who has abandoned his wife can hardly remember her affection, her tender care, and her love without measure; and while she is thinking that she is present in his mind, she is for him only a vagrant and uncomfortable memory that never appears in the most meritorious moments of the day.
They wanted a story full of peace and harmony; with a God who does not abide by all His promises; and with many children who claim not to believe in Him; but with capable men who are willing to substitute Him with their songs.
They intended a story of long roads without shade, all of them built by man’s hands and with the blood of others, they also intended to step on the grass without noticing the dead butterflies. They thought the forbidden fruit would be a trophy, and the mantle of iniquity that human beings take inside would be similar to their own freedom.
They imagined a story where sinners and their blasphemies were applauded and fully accepted because there are always new rights to conceive. A story of new experiences, without prodigal children, which never forgives the past, and follows a new road without looking backwards. A story where errors did not count and they were taken as lived experiences.
They wanted a story without tears or pain, without cancer, without thorns or angels.
They wanted a story without me, without my brethren, without regrets or redemption; a story without Heaven.
They wanted a “perfect” story, without Psalms, a Godless eternity, but they only had the story of the Saviour who died on the cross of the Calvary, and they did not really like that story very much.
This poem and more of Roberto Ornan Roche’s writings can be found at :
“The Lighthouse of Asaph: Unforgettable Christian Reflections”:
http://www.amazon.com/dp/0987901117(Print)
http://www.amazon.com/dp/B004VWQ3E0(Kindle)