Published by Lorilyn Roberts on February 23, 2015 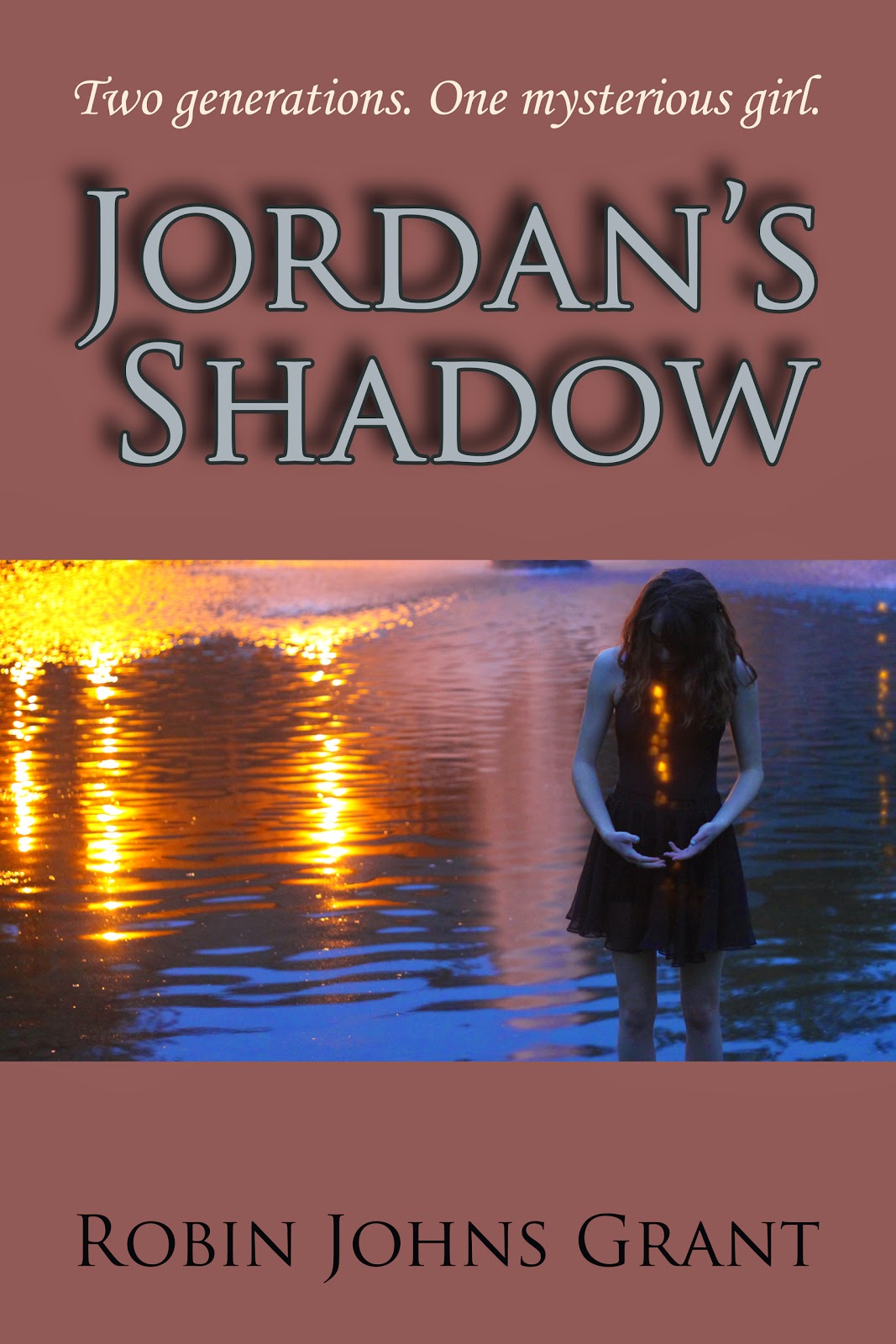 Yesterday over on the John 3:16 blog, Robin Johns Grant gave a little background about her latest novel, a YA suspense called Jordan’s Shadow. As promised, here is an excerpt. But first, a little background:
The Crosby family has a frightening problem. Is it psychological? Supernatural? Or something entirely unexpected?
In 1984, seventeen-year-old Rose and her fiancé discover an injured girl with no memory. The girl, Jordan, is in Rose’s life for a brief time but leaves her world shattered.
Twenty-five years later, Rose Crosby’s daughter Ginny can’t understand why her relationship with her mother has fallen apart. Ginny could swear that Rose is terrified of her lately.
Then one awful day, Ginny overhears Rose confessing that she truly is terrified of Ginny—because to her, every day Ginny grows more and more and more like Jordan, the girl who’s been dead many years. In fact, she swears that somehow, Ginny is turning into Jordan.
Is Ginny’s mom insane? Is there a ghost in their house, threatening to possess Ginny? Or is the demon in Rose’s past, forcing her to confront what happened on that horrible day in 1984 when Jordan was killed?
As a new girl in a small town, Ginny doesn’t have much of a support system. Her old girlfriends from Atlanta have drifted away, and the only friends she’s made are, strangely enough, guys. Alec Matthews is gorgeous, but is he really interested in Ginny’s well-being? And then there’s Max Ferguson, the recently-born-again science nerd. He’s definitely on Ginny’s side, but is he a little too strange?
Strengthened by a deepening relationship with one of these two, Ginny undertakes a mind-bending journey of discovery—discovery about faith, eternity, and love beyond the boundaries of space and time. She will put to rest a mystery that has haunted her family for two generations—if she can survive.

Ms. Shaw cooed, “Ben, why don’t we just let Rose talk right now? Rose, can you tell me what exactly you do think is happening?”
A long, long silence. When Mom started to speak, she sounded out of breath, gasping for air every few words. “I started noticing it a couple of years ago—or I don’t know, maybe even sooner. You know how girls change when they hit puberty. Overnight, she started looking so different. Not like the little girl I’d had. But that’s not what disturbed me. At first, I just had this nagging feeling that not only did she not look like Ginny anymore, but she did look like someone else.”
“Jordan?”
“Yes. The bone structure in her face, her height…she was so tall. The way her hair lifted away from her forehead—in fact, Ginny complained to me one day that she wished she could get it to lie down sleek and straight and I looked at her and saw that the fullness, the way it fanned back was just like Jordan’s. I mean…so many physical things. Her golden eyes—”
“Okay, but there’s probably a good explanation for her gold eyes, right?” said Ms. Shaw.
“What do you mean?”
“Well, I know you all said that Jordan’s eyes were very much like Livvy’s. Your sister would be Ginny’s aunt, so it would be natural for her eyes to be that color.”
“But Ginny’s weren’t always so gold like that.”
“Of course they were,” Daddy scoffed. “Or anyway…they were a kind of gold-brown, and I think she’s just using some make-up or something that makes them look a little different now.”
“Anyway, there were other things. The way her voice got so husky and deep, exactly like Jordan’s. The way she walks. The way she twists her hair around her fingers when she gets nervous.”
“Rose, that’s all complete garbage! Little stuff, that you could notice about anybody if you started looking,” Daddy said.
“I tried to tell myself that for a long time, Ben. And then one day I took Ginny with me to visit Mamma in the nursing home. When I had been visiting Mamma, she hardly even reacted. Never moved or spoke. But when I took Ginny, she knew her, too.”
Ms. Shaw’s voice sounded sharp for the first time. “How can you possibly know that? Your mother can’t talk.”
“She did when she saw Ginny. She called her Jordan. She hummed the song that Jordan used to hum. Mamma saw it, too.”
“That’s when all this started, I guarantee you,” Daddy declared. “Carla Remington’s brain was completely fried by that stroke. She’s said maybe five words since she had it, and they never make sense when she does.  But all because she spit out the name ‘Jordan’ when Ginny came in the room—”
“It wasn’t only because of that. That was just confirmation.”
“Look, Rose…why doesn’t anyone else see what you see? Why doesn’t Anna recognize her? You don’t, right, Anna?”
“I…I can see a small resemblance…maybe. To tell you the truth, I can hardly remember what the girl looked like. But I don’t think my memories are all that relevant. I just want to know what Rose thinks. What do you believe is going on with Ginny? Are you saying you think Ginny is possessed?”
Ginny felt dizzy. She pressed her hand against her forehead and fought the urge to get up and flee the room.
“I don’t just want to know what Rose believes,” Daddy said. “I want to know what she plans to do about it.”
“What?”
“I’m scared to death about all this, and not just because it sounds so bizarre. I’m almost sure she’s been trying to poison Ginny.”
Mom’s voice sounded strangled. “Ben, you’re not…surely you don’t think I made Ginny sick? That I would ever make her sick on purpose?”
“Not the Rose that I’ve known all these years, no. But this one, the one that’s filled with all these delusions…yes, I do.”

Ginny started to shake her head. She wanted to shout at him to be quiet, he didn’t know what he was talking about. She pulled herself to her feet and jerked open the door of Max’s room. 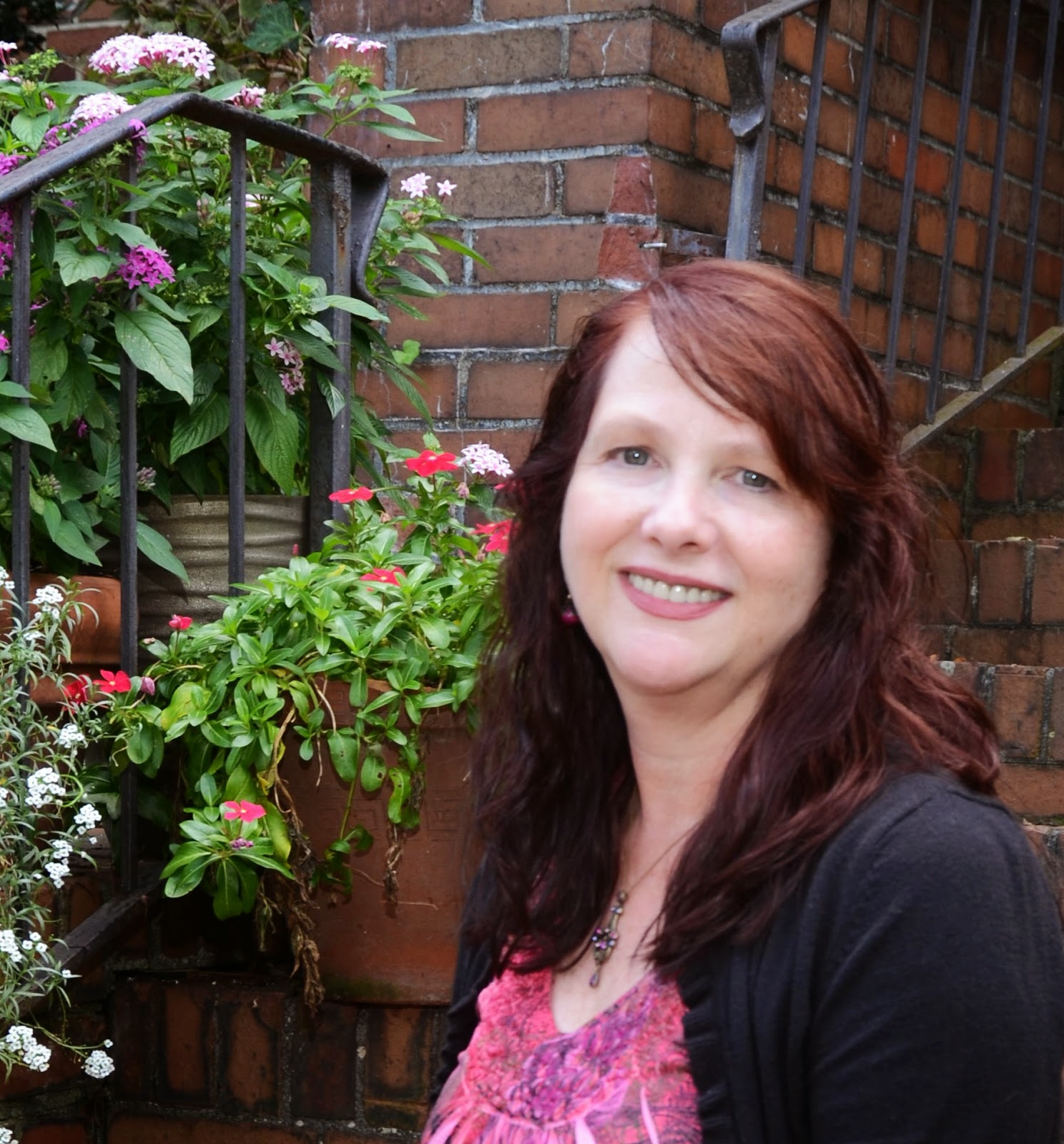 Robin Johns Grant published her first novel, Summer’s Winter, in 2014, and her second suspense novel, Jordan’s Shadow, has just been released. Summer’s Winter won a bronze medal in the Romance – Suspense category of the International Readers’ Favorite Book Awards, and Robin was named 2014 Author of the Year by the Georgia Association of College Stores.
Family and friends are happy that Robin’s imagination is finally paying off. She’s always had way too much of it. She started making up stories before she could write them down (dictating them to her mother) and always had her head in the clouds. She was obsessed with books and movies like Harry Potter and Star Wars and did a lot of crazy fan stuff, which helped her dream up Jeanine and Jamie’s story for Summer’s Winter. It’s a romantic suspense novel, but as John Granger (author of The Deathly Hallows Lectures) said, it’s also “a romance-thriller about fandoms…and explores the important intersection of literature, spirituality, and imagination.”
As a Christian, Robin can’t help but explore spirituality in her writing, but wants to do so in a way that reflects the awe and wonder of God and eternity.
With a degree in English, several non-fulfilling jobs under her belt, and a mid-life crisis coming on, Robin returned to school and earned a master’s degree in library and information science. She now has her best day job ever as a college librarian, which keeps her young by allowing her to hang out with students.
With her wonderful husband Dave and formerly feral felines Mini Pearl and Luna, Robin lives in Georgia.  She is also surprised to find herself part owner of a pit bull named Pete, who showed up as a starving stray puppy at her mother’s house.
Keep up with Robin on Amazon:
Amazon (read about and purchase her books): http://amazon.com/author/robinjohnsgrant
Published inGuest Posts