GUEST POST BY SIDNEY W. FROST: Chapter One From His Newest Book, ”Love Lives On” 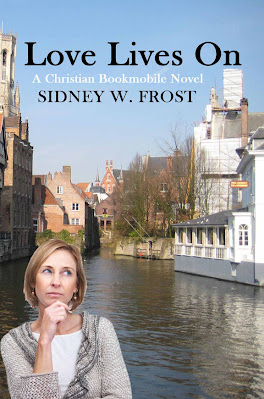 Sidney W. Frost is a Stephen Leader, a Stephen Minister, and a member of his church choir at First United Methodist Church in Georgetown, Texas. He has served on the session at a Presbyterian church, and has been on the vestry at Episcopal churches.

While singing with the Austin Lyric Opera Chorus, he was in 42 productions. He and his wife, Celeste, sing with the San Gabriel Chorale and have been in several Berkshire Festivals.

He was an Adjunct Professor at Austin Community College where he taught computer courses for more than thirty years. He received the adjunct teaching excellence award in 2005.

While attending the University of Texas in the 1960’s he worked part-time at the Austin Public Library driving a bookmobile after completing service in the U.S. Marines.
He is a member of the American Christian Fiction Writers, the Writers League of Texas, and the San Gabriel Writers’ League.