GUEST POST BY TOM BLUBAUCH: An Interview with Lorilyn Roberts: “The World of Closed Captioning, Charles Dickens, and Writing Books”

Published by Lorilyn Roberts on September 5, 2011 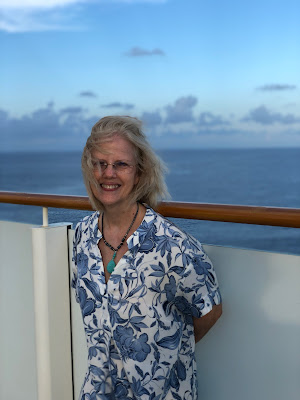 A Guest Interview with Lorilyn Roberts

The World of Closed Captioning, Charles Dickens, and Writing Books

As appeared on the blog of Tom Blubauch

Question: What is the connection between you and Charles Dickens?

Lorilyn: First, thank you for allowing me to share a little bit about myself.

I like to imagine I have an edge on becoming the next Charles Dickens. Many people do not know that Dickens began his literary career as a court reporter. Of course, I probably won’t, but far-fetched dreams take us to places we would never go. I fancy someday writing that great court case or mystery. If I do, I will make the court reporter a significant character.

Question: I understand you no longer do court reporting but captioning. How did you make that transition?

Lorilyn: After twenty years of court reporting, I had an opportunity to become a subcontractor for the National Captioning Institute. I was probably the least likely person to switch to broadcast captioning because I was illiterate when it came to knowing what was going on in the world. I spent my days reading depositions and transcripts. But I passed an unusual exam and NCI provided rigorous training. After five and a half months, I captioned my first live broadcast for a television station in New York City.

Question: What kind of test was it?

Lorilyn: I wrote a speech by President Bill Clinton without practicing it and sent NCI my raw notes. They wanted to see how clean my stenograph writing was, how many conflicts I had in my writing, that kind of thing.

Question: What type of training is required for becoming a broadcast captioner?

Lorilyn: Most steno broadcast captioners in the past began their careers as court reporters. When I went to court reporting school many years ago, I went to school two nights a week and worked full time in my parents’ map company. It took me twenty months to graduate. I was the first night student to pass the certification exam.

Captioning, while not completely verbatim, needs to be cleanly written at extremely high rates of speed. Just listen to the news or sports and imagine writing it all down. It can be very challenging. The length of time it takes to complete the training varies for both court reporting and live broadcast captioning. It depends on how long it takes the student to reach 225 words per minute.

Broadcast captioners also must have a broad knowledge base to caption many topics, including news, sports, politics, geography, Hollywood, religion, and historical events. If a word isn’t in a captioner’s individually-built dictionary, he has to be able to fingerspell it on the fly. I know many names in the news by my brief. For example, Ahmadinejad, the current president of Iran, I write apblg/apblg.

Captioners have hundreds of briefs like this floating around in their head. It can be challenging sometimes to remember them all, especially if an old story crops up that hasn’t been around for a while.

Following completion of the court reporter/captioning training program, the student should take an entry-level test administered by the National Court Reporters Association, called the Registered Professional Reporter Exam, which has two sections: The first part is a knowledge test involving topics relevant to court reporting, and the second part is a written test, requiring a stenographer to write 225 words per minute for five minutes at 97 percent accuracy.

While this certification is sufficient for an entry-level court reporter, it is not for broadcast captioning. Captioning speeds often exceed 260 words per minute, and before captions begin to look really nice on a television screen, the captioner needs to be achieving a 99 percent accuracy rate. It can take many years to get to this high level.

The shorter answer to your question, what type of training is required, if a student works reasonably hard in school, he can expect to finish court reporting school in about two years, with another intense year of on-the-job training, though, of course, he will be earning a paycheck during his “apprenticeship.”

Question: Speaking of money, how much can a court reporter or captioner make?

Lorilyn: I have been out of court reporting for a long time, so I am not familiar with the rates today. Broadcast captioning rates have plummeted over the last few years because of competition from voice writers and computer translators. The newer, alternative methods are not as accurate, but sometimes the bottom line is not quality but cost. Still, if a captioner works hard, including nights, holidays, and weekends, and is willing (and qualified) to caption a wide variety of shows, he can make a comfortable income, upwards of six figures.

Examples of programming I have captioned include Fox News, CNN, ESPN, Versus, MSNBC, C-Span, Spike, The Weather Channel, A&E, HSN, QVC, MTV, Golf, Tennis, HIST, SUN, TLC, Bloomberg, Speed, CBS, NBC, and Animal Planet. It makes for interesting work. This week I am captioning the Tour de France, which has been intense but exciting.

Question: Sometimes the captions can be amusing. Is there anything you have written that you hoped no one would see?

Lorilyn: I have had my share of boo-boos; four I will never forget. Years ago I was captioning a local channel out of Little Rock, Arkansas, and they were featuring a story about Point of Grace. The reporter talked about what great singers they were, and I captioned what great “sinners” they were. It was more comical because they were a Christian group.

Another time I was captioning a major news network (which shall remain a secret). I was supposed to start at 9:00 a.m. I had my stenograph machine all set up and ready to go and got up to get my cup of coffee. When I returned, I found one of my daughters, who was too young to know any better, writing away on my machine imitating me. Her “captions” went out all over the world. I panicked. Fortunately no one important saw it and today I can laugh about it.

A third terrible boo-boo happened when I was captioning the weather on a major network. My word “current” came out as a no-no four-letter word. I spent the next two hours writing at least a hundred versions of the word “current” and entering it into my dictionary. Fortunately, no one saw that either. The station could have been fined for that one (and I probably would have been fired).

The fourth memorable event was actually quite comical considering what our country experienced during the 2000 presidential campaign between former President Bush and Al Gore. If you remember, a major lawsuit was filed and the final ruling was made by the U.S. Supreme Court to leave it up to the states on how they conducted their campaigns. My translation came out that the United States Supreme Court ruled they should “Leave it to Beaver.”  I wrote the word “leave” twice, my brief for the movie that had just been released in theaters. I am sure a few folks got a laugh out of that one. I laughed later when I didn’t hear from my boss.

Question: How did you go from captioning to becoming an author?

Lorilyn: I came to the point where I wanted to write my own stories rather than everybody else’s. But I am thankful for the background captioning as well as court reporting has given me. As I have pursued my dreams of writing, I have found captioning hundreds of stories over the last twelve years is not that different from writing my own. I published my first book a few years ago, a children’s picture book, and knew then I wanted to pursue writing someday full-time, but the seeds of aspiration go way back to when I was young. My youngest daughter was still a preschooler at the time, however, and I knew I needed to postpone my writing dreams for a few more years until she was older.

I wrote my first full-length book two years ago, Children of Dreams, about the adoptions of my daughters from Vietnam and Nepal. Using the stenograph machine, I wrote the first draft in about six weeks. I don’t think I could have finished it that quickly if I had written it the traditional way on the computer.

Do you plan to write more books?

Lorilyn: Yes. I have a Young Adult fantasy book I am working on as part of my Masters in Creative Writing; but in the meantime, until I make my first million (just kidding), I will keep my day job broadcast captioning.

Lorilyn: I would like to encourage readers to sign a petition I have started to ask the FCC to enact minimum captioning standards. Captions are important for the hard-of-hearing and enable them to live a normal lifestyle.

By signing the petition, it will send a message to the FCC to pass legislation. We have all witnessed poor captions, and it’s frustrating to see the deterioration. Part of the reason is because there is no minimum standard for broadcast captioning. It’s basically whoever bids the lowest gets the contract. It would be like a lawyer practicing who never passed a bar exam, but he can get lots of work by charging less. If you don’t have a minimum standard, it allows companies who aren’t highly qualified to underbid those who are. And personally, it’s very discouraging to make less money today than ten years ago for the same amount of work.

Most states have licensing requirements for court reporters, but captioning has slipped through the cracks. Many excellent captioners have moved back into court reporting or are providing CART services for students in academic settings where the hourly rate is significantly higher.

Please take a moment and let the FCC know what it means to you to have quality captioning. A significant percent of the American population is either deaf or hard of hearing, meaning between nine and 22 out of every 1,000 people.

I have also produced an educational and entertaining captioning video, CAT Captions for Television, starring my cat. CAT stands for computer-aided-transcription. You can find the link at: http://www.youtube.com/watch?v=sw7MkTLmSYk

Again, thank you for letting me share. In the meantime, you might just “see” me streaming live on your television if I am not working on my next book.

Lorilyn has homeschooled her daughters for the past fifteen years. She has published two books, The Donkey and the King and Children of Dreams; is president of the Gainesville, Florida, Word Weavers Chapter; and the founder of the John 3:16 Marketing Network.

Lorilyn’s personal website can be found at http://lorilynroberts.com. You can check out her Facebook fan page where she shares writing tips at http://www.facebook.com/pages/Author-Lorilyn-Roberts-Fan-Page/144049365650301