Published by Lorilyn Roberts on August 31, 2016

Spread the love
The following is a copy of an article written by Spanish writer Sebastian Vilar Rodriguez and published in a Spanish newspaper. It doesn’t take much imagination to extrapolate the message to the rest of Europe – and possibly to the rest of the world.
“I walked down the streets in Barcelona and suddenly discovered a terrible truth – Europe died in Auschwitz . . . We killed six million Jews and replaced them with 20 million Muslims. In Auschwitz, we burned a culture, thought, creativity, and talent. We destroyed the chosen people, truly chosen, because they produced great and wonderful people who changed the world.
“The contribution of these people is felt in all areas of life: science, art, international trade, and above all, as the conscience of the world. These are the people we burned. 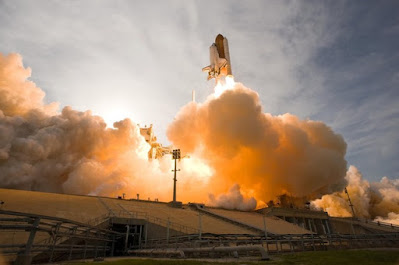 “And under the pretense of tolerance, and because we wanted to prove to ourselves that we were cured of the disease of racism, we opened our gates to 20 million Muslims, who brought us stupidity and ignorance, religious extremism and lack of tolerance, crime, and poverty, due to an unwillingness to work and support their families with pride.
“They have blown up our trains and turned our beautiful Spanish cities into the third world, drowning in filth and crime. Shut up in the apartments they receive free from the government, they plan the murder and destruction of their naive hosts.

“And thus, in our misery, we have exchanged culture for fanatical hatred, creative skill for destructive skill, intelligence for backwardness and superstition. We have exchanged the pursuit of peace of the Jews of Europe and their talent for a better future for their children, their determined clinging to life because life is holy, for those who pursue death, for people consumed by the desire for death for themselves and others, for our children and theirs.
“What a terrible mistake was made by miserable Europe.
“Recently, the UK debated whether to remove The Holocaust from its school curriculum because it ‘offends’ the Muslim population which claims it never occurred. It is not removed as yet. However, this is a frightening portent of the fear that is gripping the world and how easily each country is giving in to it.
“It is now approximately seventy years after the Second World War in Europe ended. This e-mail is being sent as a memorial chain, in memory of the six million Jews, twenty million Russians, ten million Christians, and nineteen hundred Catholic priests who were ‘murdered, raped, burned, starved, beaten, experimented on and humiliated. Now, more than ever, with Iran, among others, claiming the Holocaust to be ‘a myth,’ it is imperative to make sure the world never forgets.
“How many years will it be before the attack on the World Trade Center ‘NEVER HAPPENED’ because it offends some Muslims in the United States? If our Judeo-Christian heritage is offensive to Muslims, they should pack up and move to Iran, Iraq, or some other Muslim country.”
*~*~*~*
One of the things I did (Lorilyn Roberts) when I went to Israel is I visited many of the Holocaust memorials, including Yad Vashem. I also toured the Old City of Jerusalem. The jpegs in this article are mine.
I want to note something that struck me when I went to Israel, something I’ve never written about because I didn’t have an answer:
When I visited the Muslim Quarters of the Old Historical City, their section of the Old City was filthy. There was no pride in preserving anything. Precious sites mentioned in the Bible appeared to have been deliberately abandoned or polluted, such as the Pool of Siloam.
Archeological work is hampered throughout Israel because of the political situation. If the Muslims valued knowledge, history, and technology, why don’t they let scientists come in and preserve this precious history?
Throughout history, scientists from different political persuasions have been able to overcome ideological differences and work together for the betterment of mankind. I see the space station as an excellent example of how scientists can share knowledge even when the home countries which sent them have different political and religious views.
I truly believe much of history has been rewritten to make Islam look good. I have done a lot of reading on the history of Islam in preparation for my next book in the Seventh Dimension Series. That research has shown me as a Christian and as an American, I have been misinformed about the Muslim faith.

Deliberate or just naivete, I don’t know, but now I’m reading as much as I can to become knowledgeable so I’m part of the solution to peace and not part of the problem.
Books I recommend to understand Islam and its relationship to Jews and Christians are:
I will leave the reader to ponder this quote from Ephesians 2:12-22 and challenge Christians to become educated on how to reach their Muslim friends, colleagues, and neighbors with the Gospel. Jesus is ONLY way to peace and reconciliation. Jews and Muslims need us to make that reconciliation happen.
*~*~*~*
“That at that time ye were without Christ, being aliens from the commonwealth of Israel, and strangers from the covenants of promise, having no hope, and without God in the world:
13 But now in Christ Jesus ye who sometimes were far off are made nigh by the blood of Christ.
14 For he is our peace, who hath made both one, and hath broken down the middle wall of partition between us;
15 Having abolished in his flesh the enmity, even the law of commandments contained in ordinances; for to make in himself of twain one new man, so making peace;
16 And that he might reconcile both unto God in one body by the cross, having slain the enmity thereby:
17 And came and preached peace to you which were afar off, and to them that were nigh.
18 For through him we both have access by one Spirit unto the Father.
19 Now therefore ye are no more strangers and foreigners, but fellow citizens with the saints, and of the household of God;
20 And are built upon the foundation of the apostles and prophets, Jesus Christ himself being the chief corner stone ”(Ephesians 2:12-20 KJV). 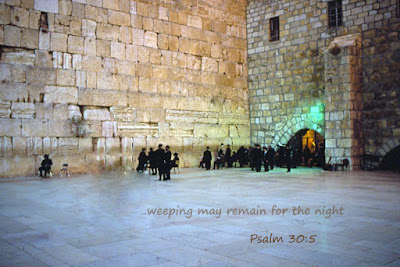