HOW FAR IS TOO FAR: Devotional from “Am I Okay, God?” by Lorilyn Roberts 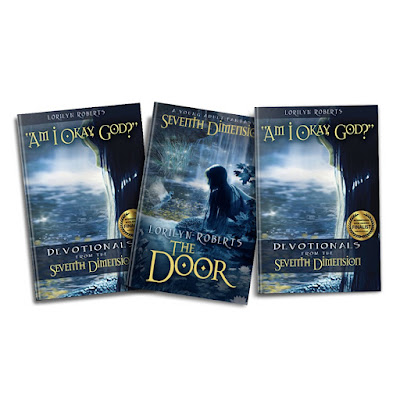 From Seventh Dimension – The Door, a Young Adult Christian Fantasy
How Far Is Too Far?

“Word is out about you. I’d hate to see your splattered body sprawled out on the road. It would destroy your father’s reputation; cost him his job, and my inheritance—unless Judd gets it first. If I have my way that won’t happen. I need to protect you. From now on, you’ll stay where I can see you.”
“Judd gets what?”
She didn’t answer me.
I had no idea what she was talking about. So Judd convinced her I was a tramp though Daniel had never once been alone with me. Even in the cave, he always insisted the door be open—probably why Judd overheard too much.”

To purchase Am I Okay, God? Click here
Published inDevotionals