I WILL FEAR NO EVIL, FOR YOU ARE WITH ME: Devotional by Lorilyn Roberts

Published by Lorilyn Roberts on October 25, 2014 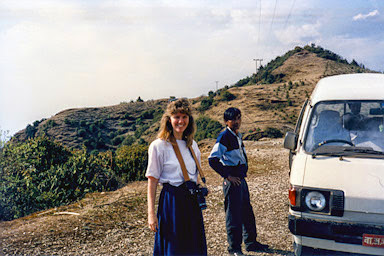 …I will fear no evil, for you are with me
Psalms 23:4
On March 15, 1994, at the end of the child referral letter I received from the adoption agency was this paragraph:
Any family adopting Manisha will be required to travel to her native village in Janakpur to obtain signed paperwork from the village mayor and Chief District Officer. This district is accessible by plane, car, and foot. It is a remote, rural district isolated from medical and other facilities. There may be no heat, running water, or electricity. The location and isolation of this district places any individual or family at increased risk for accidents, disease, and even death, prepared by the director and placement supervisor.
Today, as I reread the paragraph above from the adoption agency, I am reminded of my fear that night at the Bleu Hotel.
Romans 8:15 says: “For you did not receive a spirit that makes you a slave again to fear, but you received the Spirit of sonship. And by him we cry, Abba, Father.”
Why would God contrast a spirit of fear with the spirit of adoption? I knew God wanted me to adopt Manisha so why was I so fearful? Upon arriving back at my hotel room later that night, I succumbed to overwhelming fatigue. I laid my head on the pillow bemoaning my weakness. I didn’t have what it took to be a single mother, I cried.
Halfway around the world all alone in a country and culture completely different from America, I wondered if I had made a terrible mistake. Could I take a child whom I had just met, who didn’t look anything like me, and promise her, you are mine forever? Was I willing to spend twelve hours in a van the next day on a one-lane, half-paved road with strangers speaking a language I didn’t understand? Could I eat strange food and not worry about the guards that Silas warned might stop or search us? What about my fear of heights as we traveled atop the highest mountains in the world on a road that winds like a corkscrew to China?
I felt dizzy thinking about what lay ahead of me as if I were a minute droplet amongst millions cascading over the steep Himalayans into streams thousands of feet below. Could I handle seeing starving children with red hair and distended bellies, images that would sear my conscience forever, knowing I could only save one?
“Oh, God,” I cried out, “please help me not to be afraid.” I was too overwhelmed to read my Bible. The lack of sleep made even the simplest of logic seem impossible. I wasn’t sure I could go through with it. Would God be sufficient in my hour of greatest need?
But even this didn’t compare to my fear a few years earlier scuba diving in the waters of the Turneffe Islands.
The Turneffe Islands are the largest of three atolls consisting of over two hundred mangrove islands thirty-five miles off the coast of Belize City. Not only is it a diver’s paradise, but after leaving Belize City for the three-hour jaunt in a small boat, it becomes a complete escape from the busyness of our chaotic world. There are no TVs, no computers, no telephones, no radios, and no newspapers.
One morning we went out on what is called a “drift dive.” A drift dive is where the diver jumps off the side of the boat and the current carries him either on a harrowing rollercoaster ride or a meandering, leisurely tour.
Drift diving was my favorite kind of dive because I didn’t have to worry about where the dive boat was. I was never adept at using a compass underwater. With drift diving, the dive boat follows the “bubbles” and picks up divers when they float to the surface. 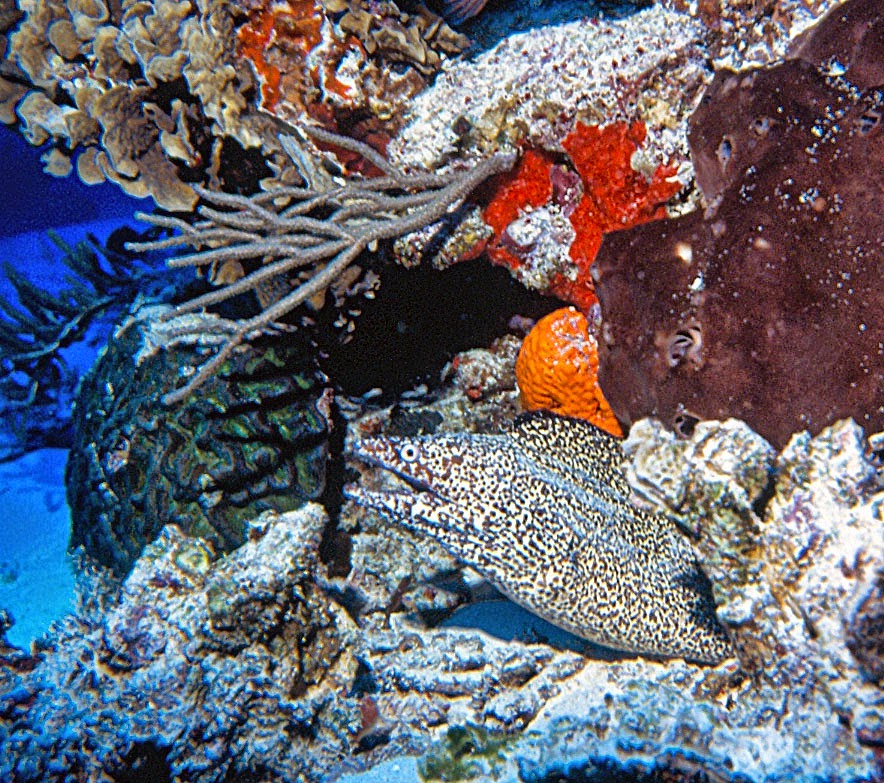 On this day I jumped off the boat and went down like a weighted anchor. Rather than floating lazily in the current, I found myself within a few seconds at eighty feet deep. I was quite impressed that I beat everyone else down. Usually, my dive buddy would have to wait on me because scar tissue in my left ear made it difficult for me to equalize. All alone, I moseyed around for a few minutes waiting for the other divers to float down beside me, but no one showed up. It was a beautiful dive, and I didn’t want to cut it short by heading to the surface, but divers aren’t supposed to swim alone in the ocean. Actually, it’s a foolish thing to do, so reluctantly, I went to the surface.
When I poked my head out and looked around, the only boats in sisight were way off in the distance. The dive boat had left me behind, following the other divers on their drift. I was all alone in the Gulf of Mexico with a 40-pound tank on my back in the middle of nowhere. I knew it would take an hour for the others to finish their dive and decompress, depending on how deep they went. They would have to get back on the boat and discover I was missing. I figured it would be at least a couple of hours before I would be rescued if I was ever rescued at all.
The first hour floating all alone in the ocean I remained calm. The second hour gave way to waves of fear and panic as I began to seriously ponder my desperate situation. Suppose the dive boat never found me? My life passed before my eyes. What a horrible way to die. I wasn’t ready. “Please, God,” I cried out, “don’t leave me out here in the Gulf. I want to live.”
I contemplated what few options I had, which were none, and thought about how many sharks might be lurking. What was underneath my dangling feet and would I ever be found? I floated helplessly for hours with a forty-pound tank on my back breathing through my snorkel in the middle of nowhere.
Had God not saved my life that day in the Turneffe Islands for something far more wonderful than I could have imagined? Would I let Satan rob me of my joy of adoption by filling my heart with fear? I was tired, hungry, and emotionally drained. Satan knew I was vulnerable.
Only God could take away my slavery to the fear that paralyzed me. As fear’s grip on me let go, God held me in His arms, much like a mother would hold her infant daughter, and spoke silently to my heart, “I love you.” 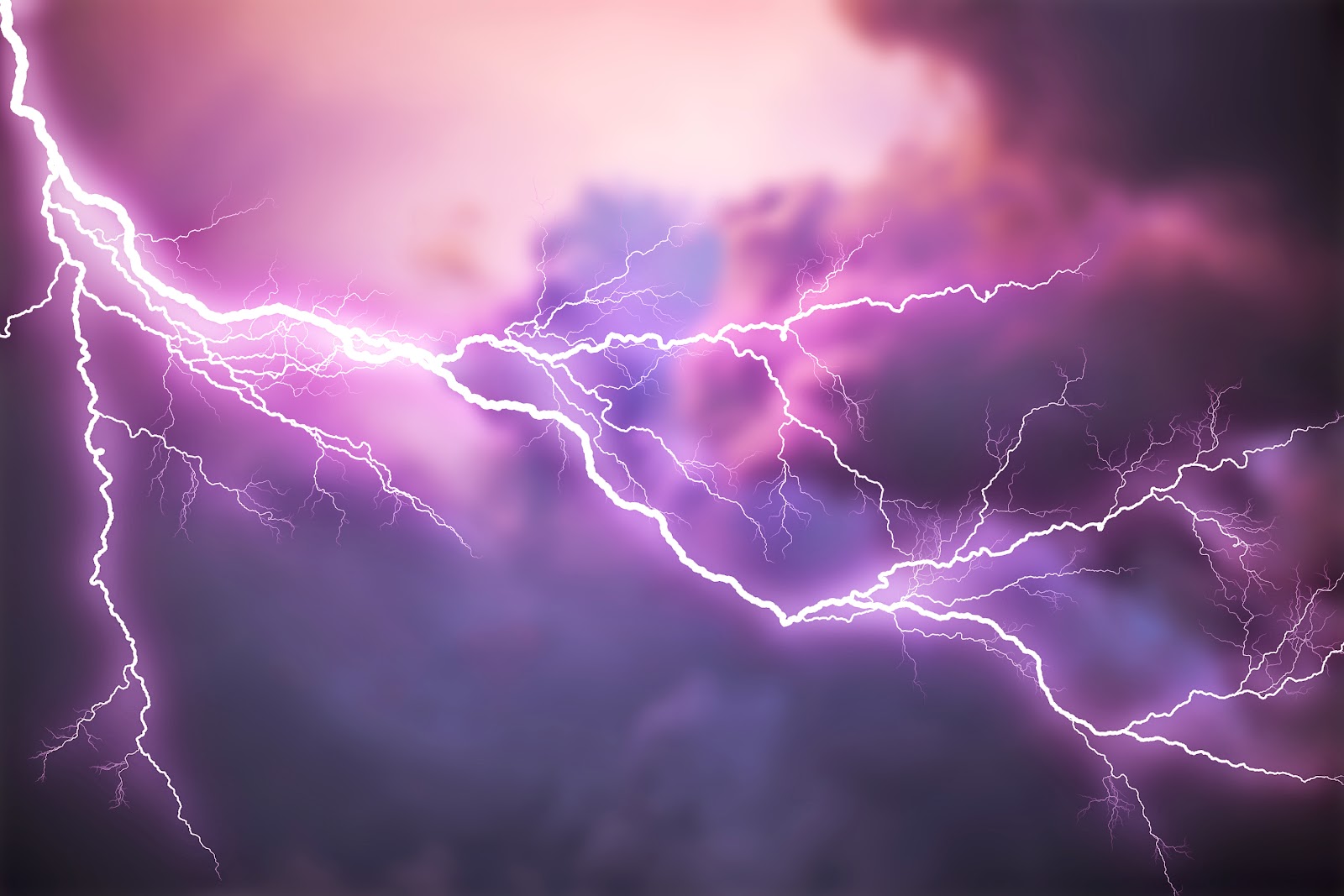 At last, I peacefully dozed off. I awakened early the next morning feeling strong and courageous, anxious to get on the road and ready for an incredible adventure. Never again in the years since have I doubted that Manisha was supposed to be my daughter. I was filled with peace, had a good night’s rest, and was ready for whatever storms lay ahead. 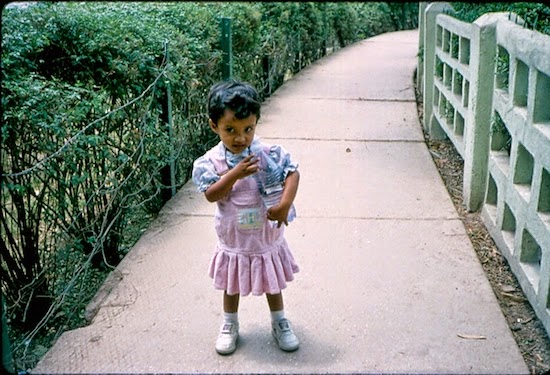 We would be leaving at 5:30 a.m. to travel to the Janakpur District to have documents signed by the CDO. It would be a long and arduous journey.
*~*~*~*
Click here to learn more about my memoir Children of Dreams 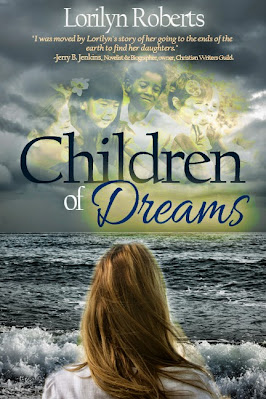