Published by Lorilyn Roberts on July 4, 2011 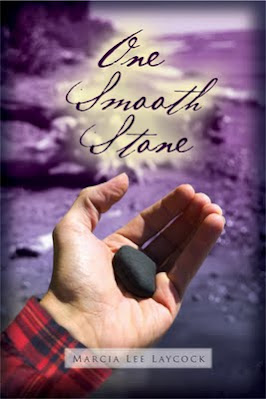 
LORILYN: How did you come to be a writer?

MARCIA: I started writing short stories and poems for my dolls. They didn’t complain so I kept it up. Then my aunt gave me a copy of Emily of New Moon for my eleventh birthday. I discovered you could call yourself a writer and determined that someday that’s what I’d be.

It took many years but I published my first short story in 1990 and began writing articles for a local paper about that same time. I self-published a compilation of my column in 2002 (a second edition has just been released), a second devotional book in 2005, and then my novel, One Smooth Stone won me the Best New Canadian Christian Author Award and was published in 2007. The sequel should be available sometime this spring.

LORILYN: Tell us how you come up with characters.

MARCIA: Characters often grow out of something I hear or see. For instance, the main character in One Smooth Stone developed after a woman asked me a profound question – “Can you imagine what it would be like for someone to discover that his mother had tried to abort him?” I did imagine and the character of Alex Donnelly emerged. He’s very much a composite of many people I knew while living in the Yukon, in Canada’s western Arctic.

LORILYN: Where do you write?

MARCIA: I share an office in our home with my husband who is a pastor. Our office chairs are literally back to back. When he shifts I feel it! We’re church planting right now, so we don’t have a church building where my husband would ordinarily go to work each day. It’s been an interesting adjustment and a challenge for us both!

LORILYN: What are you currently writing?

MARCIA: I just finished working on the sequel to One Smooth Stone and am hoping it will be published this fall, which means I’ll be working on the final edit soon, if all goes well. At the end of One Smooth Stone the main character discovers he has a sister. The second book, A Tumbled Stone, deals with his struggles with faith as he searches for her. It is his sister’s story.

LORILYN: What accomplishment(s) are you most proud of, writing-related or not?

MARCIA: I’m probably most proud and humbled by the fact that my husband and I, in spite of all our flaws somehow managed to raise three wonderful daughters who are a joy to us in many ways. God’s grace is evident in their lives and I’m very thankful for them. There was a time when I believed I would never have children (see my website for the story) so to have three beautiful daughters continues to amaze me.

Also, I’m quite proud of the fact that I managed to complete the NaNoWriMo challenge – 50,000 words in one month – and I now have five books available to readers.

LORILYN: Your favorite scripture and/or quote?

MARCIA: Scripture – Hebrews 10:24 – Let us consider therefore how we may spur one another on to love and good deeds. I titled my weekly column The Spur – from this verse. It also seemed a good fit because I live in the heart of Alberta cowboy country.

Quote – “Writing is not a performance. It is generosity.” ~ Benda Ueland.

LORILYN: What kind of planning do you do before writing a novel?

MARCIA: Very little. My stories usually come to me in scenes. I outline a bit as I go, just a timeline of sorts, but when I sit down to write I usually have very little idea where the story will go. I find it exciting to see it unfold. I do research along the way as needed.

LORILYN: In your opinion, what is the greatest danger or pitfall in the life of a writer?

MARCIA: Believing that it’s your talent that changes lives. I’ve had many people tell me amazing stories about how something I wrote changed them in some way. It’s important to remember that only God can do that. He uses our words to affect His purposes. We’re just being obedient in putting the words on paper. It’s an incredible privilege and blessing to be used in that way.

LORILYN: Why did you choose to write this book?

MARCI: I’ve met many people like the main character. In fact, at one time I was a lot like him. I know the kind of prison people like Alex are trapped in – partly of their own making, and I also know the joy of being set free by the love of Christ. My prayer is that many more people will understand that no one is beyond the reach of God and no matter what you’ve done or where you’ve been or what’s been done to you, God loves you deeply and unconditionally God has already been faithful in honoring that prayer. The very first book I took out of the box I gave to a friend whose daughter was raped when she was a teenager. She called her mom in tears, after staying up all night reading it, and told her that now she does believe God loves her, in spite of everything. It’s that kind of response that makes it all worthwhile and that’s what keeps me going.

LORILYN: What one thing about writing do you wish other non-writers would understand?

MARCIA: That writing is a ministry. It’s a hidden ministry that takes hours of sitting in a room alone but the end result can be lives changed for Christ.

LORILYN: Can you give us one do and one don’t for those aspiring to be a writer?

MARCIA: Do you go to writers’ conferences and take courses to sharpen your skills? Find a good critique group where others will give constructive criticism. Don’t let the rejections stop you. Keep writing.

One Smooth Stone can be ordered from any Christian bookstore or online from Amazon or Barnes and Noble or the publisher, www.castlequaybooks.com