Published by Lorilyn Roberts on August 14, 2011 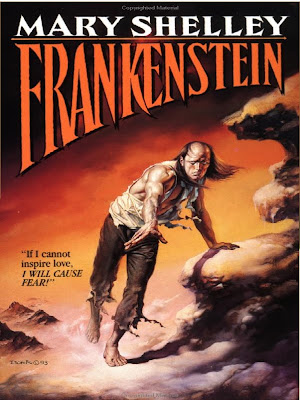 When my professor asked me to read this book, my first thought was, “Why would I want to read Frankenstein? He is a monster and I don’t like those kinds of books.” But I downloaded it on my Kindle and began reading, expecting to be bored and thinking I probably would struggle to finish it.

Quite to the contrary, Frankenstein is a suspenseful, psychological thriller. As an author wanting to study and emulate the best classics ever written, I have attempted to highlight some of the strengths of Frankenstein and the techniques Mary Shelley used to draw the reader into the story, creating a book whose name 150 years later is still synonymous with the word “monster.”

Writing in the first person, Shelley’s words are descriptive and pregnant with feeling. The reader is immediately propelled into the story, wanting to learn who this eccentric protagonist is that’s planning a trip to the North Pole.

Shelley uses the technique of letters written by the protagonist, Walton, to his dear sister to set the stage and background. Later on the voyage, Walton meets up with Victor Frankenstein. The creator of the villain, Victor, pours out his tearful tale to Walton concerning the monster he created, where the reader is taken on a journey of emotions that vacillates between compassion and abhorrence.

What makes a good book is what the reader continues to ponder and reflect on afterward. I began to personalize Victor Frankenstein – what monsters have I created in my own life? What wreck have I made of others’ lives? What will follow me all the days of my life? What enticements have I pursued against the advice of others because I was foolish? What consumes me that is beguiling and evil? How much control does the devil have over my heart that sends me down lonely paths of destruction and despair?

The theme of this book is haunting. There is never a word spoken of Christianity or the Bible or Scripture; yet so much of the content is based on the nature of man and his need for redemption—the concept of man’s depraved nature, but also his unquenchable thirst for love.

Even the antagonist is a victim, and the reader has pity and compassion for the monster despite his demonic nature. It’s a shame that the name “Frankenstein” is so associated with the grotesqueness of the creature and not as an incredible classic that anyone aspiring to be a great writer should enjoy.

Too few books today delve into the psychological nature of man and the condition of the human heart in such a profound way. My hope is to embrace the challenge of writing with a Christian worldview without the reader being told they are reading such a book. To show rather than tell, as is the case with this story, is the penultimate example of great writing.
Order Frankenstein from Amazon
Published inLorilyn's Book Reviews