Published by Lorilyn Roberts on October 15, 2019 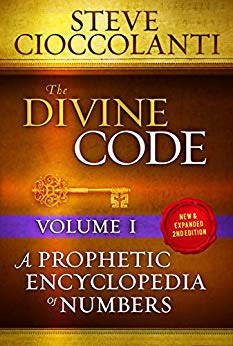 “The Divine Code: A Prophetic Encyclopedia of Numbers,” by Steve Cioccolanti, is one of the most fascinating Christian books I’ve read. Before reading “The Divine Code,” I’d never read the Bible with a focus on numerology, just as I’d never paid much attention to numbers in the world around me, except for noting that I tend to reorder them.
As a student in years past, I recall my obsession with double-checking calculations on math tests. To me, numbers were a necessary evil to get through school, especially when it came to college chemistry.
Besides my issues with reversing numbers and not having a proclivity for math, my idea of numbers reflected the often-held view that numerology is akin to astrology, tarot card reading, or checking one’s daily horoscope—something the Bible relegates to the occult. As a result, I never looked at numbers as having Biblical relevance. My ill-conceived notion of numbers was turned on its head when I watched some of Steve Cioccolanti’s presentations on YouTube when he occasionally touched on numerology—and God opened my eyes to what the Bible really says about numbers. When I became interested in numerology, I tried to buy an earlier version of “The Divine Code” on Amazon, but Amazon listed it as “out of print.” When Pastor Steve updated and re-published The Divine Code,” I was thrilled.
As I read “The Divine Code,” God revealed to me a new aspect of His nature through the precise prism of numerology. The numbers are exact. One plus one always equals two. God is a God of order, and God created numbers for His glory. Through numbers, He imparted orderliness to the universe that removes all randomness and invokes communion and worship of Him as our Creator.
To be afraid to study the constancy and meaning of numbers in the world around us because of a fear of numerology, I now see as an evil attack on God’s Divine Nature. “The Divine Code,” as the book is so aptly named, is inscribed everywhere—in the heavens above, in the triple helix of our DNA, and in powerful movements of music, like Handel’s Messiah. “The Divine Code” skillfully weaves a tapestry of numbers from one to one thousand that glorifies God theologically, historically, scientifically, spiritually, militarily, and even romantically.
With God, there is no beginning and no end, and even scientists recognize numbers as being infinite. What else in the universe is small and large at the same time? 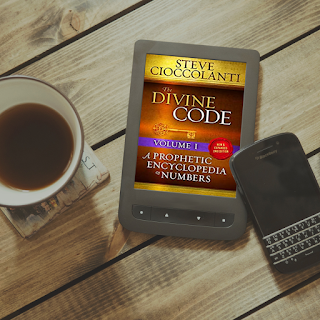 I imagine Steve Cioccolanti has only begun to tap into the mathematical nature of God in these two books. My mind is not like the mind of a mathematician, but in “The Divine Code,” for the first time, I see the awesomeness of God through numbers, and I would never have imagined that before reading “The Divine Code.” Understanding the value that God puts on numbers has awakened a desire in me to see the world through a numerical prism. I also have a keener appreciation for how Biblical numerology reveals the holiness of God.
Lastly, I want to emphasize that “The Divine Code” is a must-read for anyone wishing to understand the role numbers play in God’s prophetic timetable and future end-time events. I can’t wait to read book two.
Available on Amazon by clicking here.
☦☦☦☦☦☦☦ 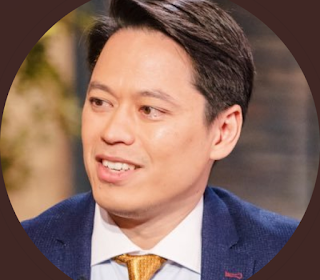 Steve Cioccolanti, BA, M.Ed., is a Christian social media influencer with over 250,000 followers on YouTube, the pastor of Discover Church (www.discover.org.au), and a prolific author of hundreds of videos and multiple books–including his critically acclaimed “From Buddha to Jesus” (translated to 6 languages to date) and his magnum opus “The Divine Code: A Prophetic Encyclopedia of Numbers, Vol 1 & 2” (now in its 10th Anniversary Edition).
Known for his unique gift of researching complex concepts and presenting them in simple and multi-sensory ways, he emphasizes Biblical balance and ‘heart’ transformation over ‘head knowledge’. His appealing approach to End Time prophecy is both practical and spiritual: we should pray and preach the Gospel AND we should engage in the politics of Justice and honor God’s chosen vessel, which in America is currently Donald Trump. His mission is to help usher in the next Great Awakening with others who feel a sense of urgency.
A sought-after speaker on history, prophecy, and justice, he appears as a guest minister at big and small churches, and on international TV including Daystar. He has traveled to more than 45 countries for Jesus.
Published inLorilyn's Book Reviews