Published by Lorilyn Roberts on January 14, 2014 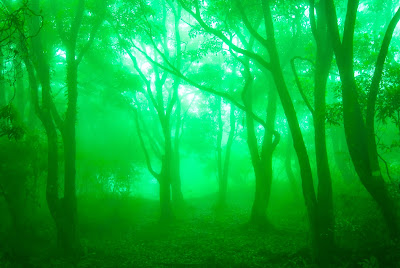 This is the first year (10th grade) that my younger daughter has been in public school. We homeschooled most of elementary and middle school with a stint in private school. I had no idea what to expect, except that I sincerely hoped she would get a good education that would prepare her for college. 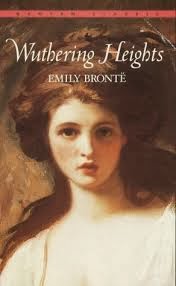 There are no extraneous characters introduced into the story. Each person serves a purpose and is often complementary to another character in the book, like a mirrored reflection or a duality, sometimes the same, sometimes opposing; i.e., Catherine and Heathcliff, Edgar and Isabella Linton, Hindley and Heathcliff, the younger Catherine and Hareton, Mr. Lockwood and Nelly, Nelly and Joseph, the two families at Wuthering Heights and the Grange, the mother Catherine and the younger Catherine, and Isabella and Heathcliff. The relationships among the characters are complicated and evolving. If you were to take one of the characters out of this story, the plot development would be negatively altered. The plot is character-driven and tightly woven throughout the story.

The tone of the story is brooding and dark. The sensuous feeling is foreboding, first exhibited in the setting that Emily Bronte describes in detail. There is an element of overarching suspense and aversion to the characters:  The morose Heathcliff, Mother Catherine who dies of a brain disorder, the drink of Hindley, the tragic life of Isabella following her marriage to Heathcliff, the delightful younger Catherine who succumbs to depression after coming under the control of Heathcliff. The depressing scene and dysfunctional characters that greet Lockwood’s arrival prompt him to ask Nelly to explain the history behind Wuthering Heights.

I was struck by how Emily Bronte weaves the social status of the characters into the story: Joseph and his barely intelligible English; Nelly, the servant, and principal narrator, and her portrayal of others from an inferior social position; the many differences between the upper-class Lintons and the middle-class Earnshaws; the emphasis on social structure with less opportunity for upward mobility, which impacted the “heart” of the story – mother Catherine sacrifices her desire for Heathcliff to achieve a higher social status by marrying Edgar. The characters’ traits, flaws, and attributes within the structure of society make for believable people that the reader both loves and hates.

The differences between the generations were striking: Heathcliff and mother Catherine seemed unable to change with the passage of time or grow as individuals. They were locked into extremisms that became dead-end roads. Eventually, their flawed natures doomed them to early deaths, providing an opportunity for the next generation in Catherine and Hareton to overcome the past. In contrast to their parents, they were able to adapt and redeem the past, and through their transformation, the reader is filled with hope for the future. The multi-generational aspect of time adds to the completeness of the story—this is a family with a history, a past that threatens to destroy the future.

Emily Bronte probes deeply the psychological aspects of people’s behavior and the ramifications of the dark side of human nature. The story touches on the spiritual nature of the individuals, with references to the small church, the recurring battle with death, the repeated references to ghosts, and Joseph’s incessant recitation of Scripture.

The many themes are timeless—love that is forbidden, prejudices that hurt people, the meaninglessness of life without hope, hate that destroys, the vindictiveness of human nature, and the darkness of the soul without God.

Established in the first paragraph, a “perfect misanthropist’s heaven.” Right away, I am told a lot about this story in a unique way which encourages me to keep reading.

I am struck by the fact that many classics, like this one, have been written by individuals who have experienced tremendous suffering. I wonder if there is a relationship between the giftedness to write great stories and the degree to which one has endured hardship. Perhaps the strong emotions that are pent up in a tortured soul find solace in the pen as a healing balm.

Creative, original stories take risks. For instance, there isn’t one protagonist versus one antagonist in Wuthering Heights. Ninety-five percent of the story is dark and unsettling; the story reinforces negative stereotypical issues and characters. The orphan is the troublemaker and destroyer of the family, perpetuating a common “myth” among adoptees.

Joseph uses the Bible in a beguiling way to demean people, contrary to the Good Book’s ultimate purpose. The submissive role of women and their inability to escape from abusive husbands or families is also perpetuated in Wuthering Heights, reinforcing the long-held notion that women are inferior to men.  Despite these risks, Emile Bronte creates a masterpiece.

Emily Bronte immerses the reader into a world that is vivid and dream-like, with colorful characters and a complex plot. She uses literary techniques that make this a compelling read, one worth pondering after the last page is finished. It’s a shame she died so young—what other books might she have written?