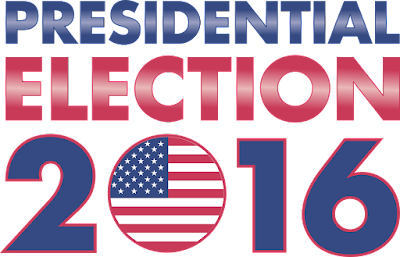 I’ve heard too many friends and people I respect say they won’t vote for Donald Trump. I don’t need to rehash them here. Instead, I’m going to tell you why I will be voting for Donald Trump.

For those who don’t know me, I’m an evangelical Christian and single mother by choice. I am self-employed and provide closed captioning for television when I’m not blogging or writing books.
I’ve been deeply troubled by the 2016 presidential race and am thankful much of the riffraff of the Republican nomination is over. I’ve painfully watched the name-calling, accusations, and personal attacks and wonder where proper decorum has gone.
Is there no decency left in America? What kind of future awaits my daughters? Of course, because they are so young, they will never know what has changed. They will never know the glory days of America. Those days are gone. I feel liberalism breathing down our necks, massive debt burdening our families, world instability threatening global peace, and out-of-control, illegal immigration overwhelming our country’s infrastructure. Is it too late for America? 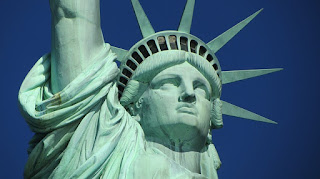 As a voter, I want to believe my vote will count when I go to the polls. I want to believe it is not too late. Voting is a sacred trust given to us by the men and women who have died for our freedom. Jesus said, “Render unto Caesar the things that are Caesar’s and render unto God the things that are God’s.” In this one statement, God commands us to render our voting rights to the president.
I’ve heard some people say they aren’t going to vote because they can’t support Trump or Clinton. I cringe when I hear that. This election isn’t about you—it’s about the future. We must do our duty before God and man and render what is due to both Caesar and God.
However, I must admit, I am disgruntled. At times during the debates, I wanted to scream at my television. “Candidates, can we talk about the issues?
Donald Trump and Hillary Clinton are the presumptive nominees unless Sanders pulls off something magical. Even though I don’t care for either choice, I hope an election actually takes place. I would not be surprised if some “natural disaster” happens between now and November and the elections are canceled. Another year of Obama might make me consider packing up and leaving this country, although I have no idea where I would go. I can guarantee you, I won’t go to London. 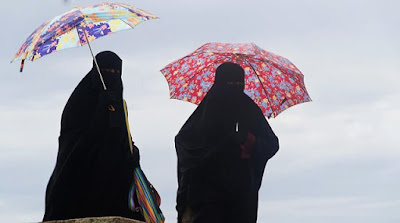 I have to remind myself in more depressing moments—and there have been many affecting our country during the last few years—God isn’t mocked. He is not sitting in heaven wringing His hands worrying about the United States.
In the grand scheme of things, we’re just a small blip on the radar, but God chose us to lead the world for the last two hundred years. We’ve been the bastion of freedom, a great experiment by our forefathers, but I believe as moral decline continues, so does our favored place (aside from Israel) in the heart of God. Judgment is surely coming.
Whatever God wills, it will happen. If I were a betting woman (which I’m not), I believe Trump will win the election in November. Why? His spectacular emergence as the frontrunner seems almost supernatural. For a man who has never held public office, it’s unprecedented. I can’t think of a parallel for his success anywhere in history. I don’t believe he could have wrapped up the Republication nomination the way he did without God’s help.
I recently read an article where scholars have said the Bible Code points to Hillary Clinton winning. Since the code usually validates events after they happen, I’m not sure how much credence it deserves, but one thing is for sure: If the same twenty-five million Christians who didn’t go to the polls in the last election choose not to vote this November, the outcome will be the same. Hillary Clinton will win. Christians hold the trump card. They will determine the next president. 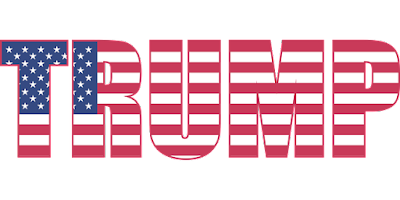 Before I give the reasons why I’m voting for Trump, let me say why I won’t vote for Hillary Clinton. As a woman, I’m tired of the “stereotypical rhetoric” that most women will vote for Hillary. I can tell you, she won’t get my vote. Her role in the Benghazi attack is shameful. If she had confessed to what really happened and come clean, it would be different, but she hasn’t. That’s all I’m going to say about Hillary Clinton.
Here are my reasons for voting for Donald Trump.
First, Donald Trump will stand up to Putin, ISIS, or anybody who crosses him. There are far too many bullies right now on the world scene. We need a strong leader.
Second, Trump isn’t beholden to special interest groups. I’m tired of the interest of the few outweighing the interest of the majority. You may not agree with everything Trump says or does (and I can tell you I don’t. Sometimes I don’t even like him), but I think he will clean up Washington. The Republicans have failed miserably to accomplish anything worth remembering in the last eight years. I’m tired of hoping for change. I’m tired of the rhetoric. I’m tired of being tired.
In eight years, look at what has happened in America—we now allow men in women’s bathrooms, have legalized same-sex marriage, and racial tensions have escalated. I thought Obama was going to fix that.
I address this comment to Paul Ryan, the current Speaker of the U.S. House of Representatives: Why aren’t you supporting the Republican Party’s presumptive nominee? If you are convinced you can’t, can you keep it to yourself, please? You are a good example of what’s wrong with Washington. I guess President Obama has taught you well.
Let me digress. I worked as a court reporter for over fifteen years, and at the end of each trial, the judge gives the charge to the jury where he tells the jury what laws apply to the case. The charge always concludes with a variance of the following statement: “You may not like the laws as I have given them to you, but you are bound to uphold them.”
The nominating process has rules, Speaker Ryan. I hope the Republican Party does its duty under the law and carries out that process according to the will of the people. The people have spoken (those who call themselves Republicans).
Trump has financed his campaign to this point and that has kept him from being “bought.” If at some point he accepts campaign contributions, I hope he doesn’t cross the line. We all know what that line is.
The third reason why I’m voting for Donald Trump isBen Carson endorsed him. I have great respect for Dr. Carson. He was my first choice for president, and when he bowed out, my vote went to Ted Cruz in the primary. Now that Mr. Cruz is no longer in the race, I’m embracing Carson’s endorsement. I’m sure Dr. Carson gave a lot of consideration before his announcement, knowing there would be backlash and criticism. If Donald Trump is “good enough” for Dr. Carson, a born-again Christian, he is good enough for me. 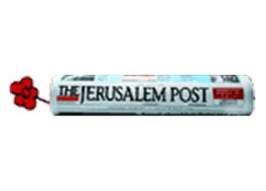 The fourth reason I’m voting for Donald Trump is he supports Israel. Israel is the only democracy in the Middle East. God has made it clear He will bless those who bless Israel and curse those who curse Israel. I don’t know about you, but I’d rather be blessed by God than cursed. Donald Trump has said he’s a “big fan of Israel,” and Netanyahu is a “great prime minister.” You can read his comments in the Jerusalem Post.
We’d better be Israel’s staunchest ally or we risk God’s wrath. Don’t believe me? Check out The Israel Omen by David Brennan. 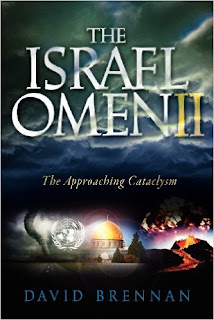 The fifth reason why I’m voting for Donald Trump is that he has said he will repeal Obamacare. Enough said.
The sixth reason why I’m voting for Trump is he has made it clear he doesn’t like abortion. I know he has vacillated, but repeatedly, he has said he is uncomfortable with the procedure. Let’s hope he presses forward and makes all abortions illegal. And yes, I agree with Trump’s initial comment before the media lambasted him, if all abortions were made illegal and a woman had one anyway, I believe she should be prosecuted. No one is above the law.

My seventh reason for voting for Donald Trump is he wants to do something about immigration, even if it means building walls around our borders. I support legal immigration—I have two daughters I adopted from other countries, but if people want to live here, they need to assimilate and not expect us to change our laws to fit their radical idealism. Yes—I am speaking of Sharia law. It has no place in America and is a threat to our way of life.
Trump seems to be one of the few willing to give a voice to the dangers associated with radical Islam. Don’t believe me—watch this video and get informed. We must wake up and see what is happening in Europe. It ain’t pretty.
The eighth reason why I will be voting for Donald Trump is this:  I think we need to consider the implications of a woman president. If we elect Hillary Clinton as president, what Islamic leader will sit with her at a table and negotiate anything? Women don’t negotiate with men in Muslim society. They are chattel, good for one thing—making babies.
Do you think Muslim countries in the Middle East hate us? Think how much more they will deride us if a gentile woman is a president—unless she promotes their agenda and ideology.
My last reason for voting for Donald Trump is an observation made by a prominent pastor in Australia, Steve Cioccolanti. You can watch the full video here  (the video is no longer available).
While he makes several statements that are thought-provoking, the only one I will mention here is a quote from I Cor 15:52: … In a moment, in the twinkling of an eye, at the last trump: for the trumpet shall sound, and the dead shall be raised incorruptible, and we shall be changed. .” 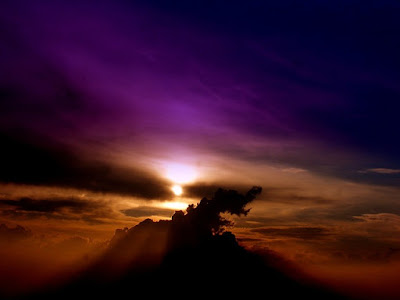 Could this quote from the Bible have more significance than just the blowing of a trumpet? Could God be inferring a double meaning? Of course, Trump has children, so we can’t know, but it’s worth pondering, isn’t it?
*~*~*~*
Feel free to leave comments.
Published inChristian Blogger/Op-Eds