NOTHING IS HIDDEN IN ALL THE EARTH, Devotional by Lorilyn Roberts

Published by Lorilyn Roberts on June 7, 2012 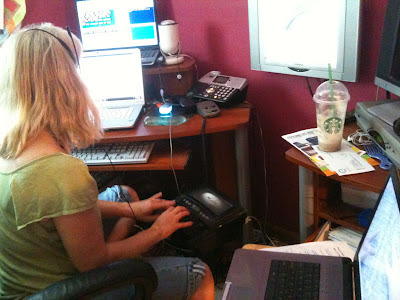 By Lorilyn Roberts
A current news story prompted me to ask this question: How much information gets shared on the internet, television, radio, and cell phones? And how many people board an airplane each day? I did some digging and here are some interesting statistics I uncovered.
According to http://www.technolog.msnbc.msn.com/technology/technology/, there are 175 million active users on Twitter, which is probably now the fastest way information is disseminated.

1,966,514,816 people use the internet. http://content.usatoday.com/communities/technologylive/post/2010/10/three-stats-that-reveal-much-about-our-digital-culture/1#.T9AuTdVrPfU and Wiki.answers.com claims about twelve million people watch television each day. After some extrapolations from information I found on the web, I calculated approximately 261 million Americans listen to the radio each day.

How many cell phones are there in the world? Over 5.6 billion—here is a link that breaks it down by country: http://www.howmanyarethere.org/how-many-mobile-phone-users-in-the-world/
Because this news story involved traveling on a plane, I wondered how many people fly each day. According to answers.ask.com, over three million people board a plane every day.
These figures are mind-boggling, and when you consider there are almost seven billion people in the world, you wonder how one person could be significant. Who am I that God should take note of me in my little corner of the world in Gainesville, Florida?
That brings me to a recent news story out of Canada. I do not want to even mention the man’s name because I don’t want to give him any notoriety, which is what he was seeking, but this man is alleged to have murdered a student from China, cut up his body, and shipped body parts to various schools and government offices in Canada. He then flew to France and later Germany, where he was spotted by an astute internet café employee in Berlin who contacted the local police. He is now sitting in jail awaiting extradition back to Canada.
While the case is horrible, I am committed to finding good out of evil as a Christian news blogger. There is always something God can redeem out of the most tragic stories. But for the networking of all the information that gets shared, what are the chances that this fugitive who fled from Canada, out of a population of seven billion people, would be spotted and recognized by another individual across the Atlantic?
Each of us does matter and is significant to God. How many more people could this murderer (if found guilty of his alleged crime) have hurt were it not for this internet cafe employee in Berlin? I’m sure this man did not wake up that morning and say, “I am going to turn in one of the world’s most sought-after criminals today.”
The Bible says in Daniel 12:4 (ASV):  “But thou, O Daniel, shut up the words, and seal the book, even to the time of the end: many shall run to and fro, and knowledge shall be increased.”
I take comfort in the fact that we live in a world that is not out of God’s control, that God predicted the world we live in today thousands of years ago, that criminals can’t escape the just governments that God has put in place, and that the increase in knowledge God uses for good.
If an evil man is able to be spotted by another person on another continent, how much more does God keep His loving and watchful eyes on those who worship Him? I am sure it was not by happenstance that God used this Good Samaritan to catch this fugitive. May we find comfort that nothing escapes an all-knowing God who is everywhere all the time.
Published inDevotionals