PAYING IT FORWARD – THE AMAZING GIVE: Devotional by Lorilyn Roberts 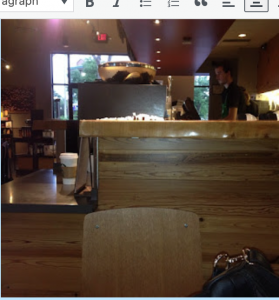 Last week when I went to Starbucks, I had something unusual happen. When I pulled up to the drive-through window, the cashier said, “You don’t owe anything. The person in front of you paid for your drink.”

I watched as the car pulled out onto Newberry Road. I couldn’t see who it was, and I will never know. As a broadcast captioner, I had heard such stories. They call it “paying it forward.”

As I sipped on my latte on the way home, I asked God, “How could I pay it forward for someone else?”

I awoke early this morning at four a.m. and couldn’t go back to sleep. Sometimes that happens because of the crazy hours I work. At six a.m., I decided to get up and make the most of the day. I have updated two of my books, Children of Dreams and Seventh Dimension – The Door, and I wanted to donate the few remaining first editions I had, but I didn’t want to give them to just anybody.

Immediately the Ronald McDonald House came to mind. I’m not sure why—after all, I haven’t been to the House in over thirty years. I volunteered there from 1983 to 1987. The House had a small library of donated books, and families would often take books with them to the hospital to read. 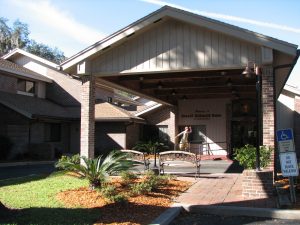 As I approached the entrance to the Ronald McDonald House, my anticipation grew. When I walked in, Carla Sly greeted me and took me into her office. As I shared with her my experiences from many years ago, fond memories returned of the families who were at the house during that time.

I soon realized my involvement with the House ran deeper than just being a volunteer. The House was like a sanctuary to me. While I was a volunteer, my husband, a physician at Shands Hospital, had left me for another woman. Fay and Pete Armes, the managers, took me in with open arms that night—just as they had done for hundreds of other families. I spent a lot of time at the Ronald McDonald House over the next few months, and the families at the House became like extended family. I had no other family in Gainesville. 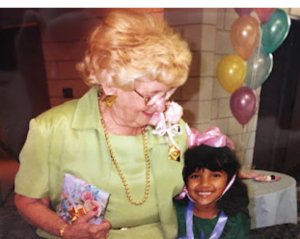 As the families gathered in the dining room that Thanksgiving, thankfulness filled the House. How could I be depressed about my marriage when others were dealing with things so much worse? Knowing I was not alone was like a taste of heaven. In the Ronald McDonald House, love overflows poured out in abundance.

Through the years, the volunteers have changed, and the staff is different, but the goal and purpose of the House remain the same. When you walk through the front doors, you feel it. The Ronald McDonald House is a House built by love.

Many families come from faraway places. While I was a volunteer, one family came from South America. A little girl about seven had a large tumor on her chin. She went home with a different child than when she arrived. Doctors can do miracles for children in the medical arena, but if families are worried about where they will stay in a city where they have no friends or family, the crisis becomes even more magnified.

No one is immune from unforeseen medical emergencies. Faye and Pete Armes lost their daughter to a rare blood disease while they were the managers. Pete died about a year later. Through all of this, Faye stayed on as the manager—strong, courageous, and steadfast. I probably learned more from Faye and Pete about how to live than I’ve learned from anyone else.

Life goes on, and there came a time when I was no longer able to be a volunteer. A few years later, I became a single mother by choice and adopted two daughters, the first from Nepal and the second from Vietnam. 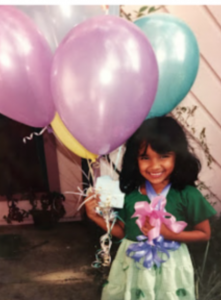 When I received a letter from Faye that she was retiring from the House, I knew I wanted to attend her going away party. We brought balloons and celebrated with the extended Ronald McDonald House family this new season in her life as she made plans to return to her home in Jacksonville. I didn‘t know that one week later (see the photos), my 7-year-old daughter from Nepal would be rushed to Shands after becoming unconscious from a partial complex epileptic seizure.

We spent nine days in the hospital with an inconclusive diagnosis.

I remembered the families who had gone before me, the families I had comforted, and those like me who were overwhelmed with anxiety and fear.  Even though I had been a volunteer, I now personally knew the real depth of their pain. I don’t think any pain is deeper than seeing your child suffer, especially when you aren’t sure they will make it.

I didn’t go home during the first seven days of Manisha’s hospitalization. Even though I live in Gainesville, it was too far to travel. I wanted to be within walking distance of the hospital if she needed me or something happened.

During Manisha’s hospitalization, I met other families with sick children. For those from out of town, the Ronald McDonald House was everything. I saw once again how much the House meant to those families.

Because the doctors at Shands could not come to a definitive diagnosis for my daughter’s medical emergency, I took Manisha to Yale for a second opinion. I knew there must be a Ronald McDonald House near the hospital, and upon doing a little research, I found one. We booked our reservations to stay at the House. Upon arriving, the House put us up in a hotel because of renovations, so we didn’t stay at the House, but they paid the costs for us to stay at a motel across from the hospital. 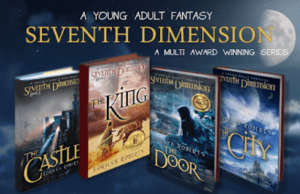 Life is like a merry‑go‑round, isn’t it? When I arrived to deliver my books to the Ronald McDonald House, I had no idea I would share my story with the House staff. Sheri Houston, the executive director, said I was her Godwink. The House is in the process of raising donations to expand. Too many families must wait on a waiting list because the House is always full. Ms. Houston asked me if I would be willing to be an ambassador and share my story of how much the Ronald McDonald House meant to me. I didn’t tell her this, but I knew this was my opportunity to pay it forward, as I had asked God to show me. My trip that morning wasn’t just to deliver books. It was to share my heart.

I’m thankful to say that Manisha, who is twenty-five now, is healthy and seizure-free. The doctors determined she did not have a tumor and diagnosed her with neurocysticercosis—a parasitic infection of the brain caused by tapeworm larvae, something she contracted before I adopted her from Nepal.

I am convinced life is full of Godwinks and divine appointments. If I have piqued your interest, I hope you will take this opportunity to learn more about the Ronald McDonald House. Many opportunities abound, including volunteering, cooking a meal, and donating money that will go toward the expansion—even learning more about how the Gainesville community is helping families and children worldwide.

The storms of unforeseen medical crises hit hard and when least expected, but at the Ronald McDonald House, families don’t have to walk that road alone. A volunteer, staff member, or friend is always nearby, ready to help and offer hope. 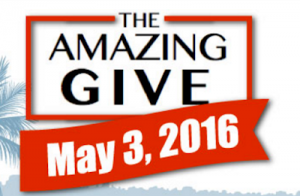