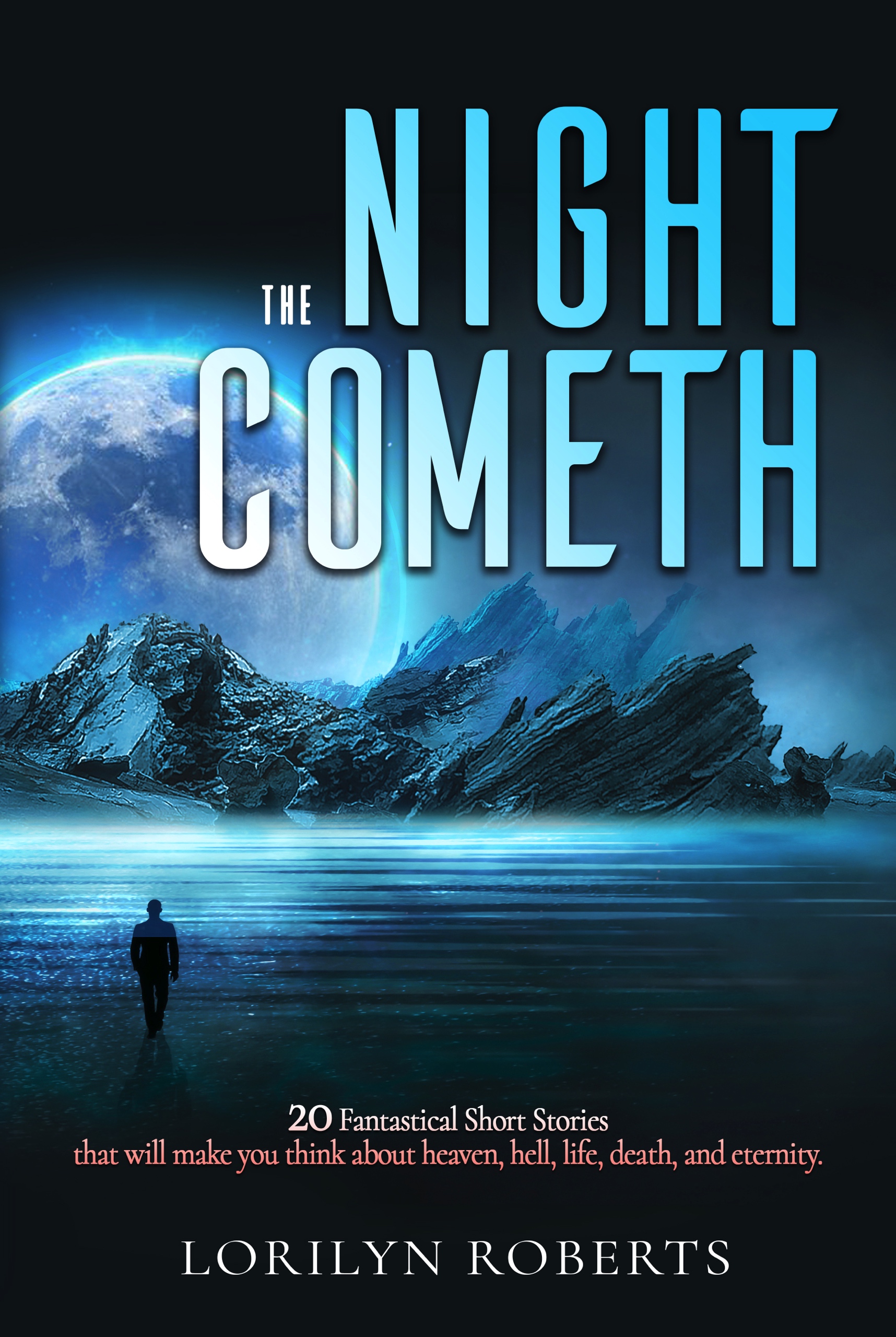 Published by Lorilyn Roberts on December 6, 2022 The Night Cometh by Lorilyn Roberts is a collection of original Christian short stories collated into a single volume. Each story begins with a relevant piece of scripture from the New King James Version and either a photograph or graphic media art to preface what is to come. The stories themselves are deeply devotional, with various themes of individuals finding themselves within Christian divinity.

They range from “Seducing Spirits,” wherein a man who is outwardly successful but inwardly empty seeks out a fortune teller, tempted by one fate foretold and another he cannot yet see, to “Enemy of the Soul,” where a woman literally ensconced in darkness and terrified of ‘it’ is nudged into the light by an unexpected epiphany.

Lorilyn Roberts delivers an exceptionally written compilation of stand-alone stories in The Night Cometh. The prose is engaging and despite the compact size of each story, they pack a massive punch. There is no question that this is Christian fiction, as Roberts skips nuance and undertone for a crystal-clear overtone that is both unapologetic and refreshing.

My favorite is “Door Number 1,” where a woman is confronted by a series of choices representing free will and the paths open to her. As the sidewalks move further ahead, the overwhelming crush of debt and consumerism is revealed and the final choice is presented to the woman, with the reader questioning what is the true cost of owning and being owned. Overall, a thought-provoking and engrossing collection. This is a very highly recommended read.

Now Available on Amazon in Kindle and Paperback, click here.