Published by Lorilyn Roberts on February 19, 2020 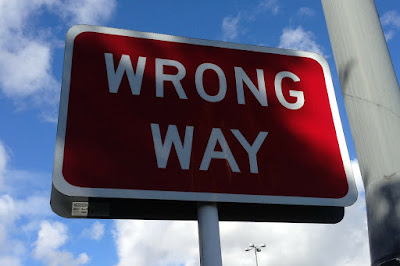 The successful businessman reveled in the applause. He had worked hard for this prestigious award. Everyone admired him—his strong work ethic, his determination, and the fact he had saved the failing tech giant from a humiliating fall. The major news outlets had featured his accomplishments, and Time magazine named him a finalist in the “Businessman of the Year” award. That was the award that had eluded him for too long.
A pang of jealousy ripped through his heart. Mr. Ransom Smith personally knew the last two winners, and he was much more of a business genius than they were. He spit on the sidewalk of the busy New York City street as he pushed his way through the crowds remembering the night before. This was his year for glory.
Why couldn’t his wife appreciate how wonderful he was? When he arrived home after a ten-hour day, the tired, haggard woman wasn’t interested in his exploits. Even the cat ignored him. Only the dog appreciated the sacrifices he had made, wagging his tail and extending affectionate licks and kisses.
Mr. Smith approached a busy intersection that he frequented several times during the week. One business establishment always caught his attention—The Utopia Connection. Business people frequented this hole in the wall, and today wasn’t any different.
Two men entered as they were greeted by a stunning young woman with long blonde hair draped over her shoulders in ringlets. Mr. Smith glanced at his iPhone. He had a few minutes to linger. Unexpectedly, as the blonde was shutting the door behind her customers, her eyes caught his. For a fleeting moment, Ransom, surprised by the chance encounter, fixated on her face.
The young woman smiled. Her enticing eyes called out to him, speaking to his soul, “Ransom, stolen water is sweet, and bread eaten in secret is pleasant…come and celebrate with me….”
The woman disappeared inside, and Mr. Smith shook his head, mumbling under his breath, “That was odd. It was as if she knew me. Maybe the young lady did know me. Maybe she had seen the news coverage. Maybe I should introduce myself.”
The man stood and watched a couple more businessmen enter. He imagined it must be a restaurant and drew nearer out of curiosity. How had he not noticed the extravagant entrance before—the mosaic-lined floor and the golden flower pots. Still, the strange photographs caught Ransom’s attention the most.
Snapshots lined the walls with an assortment of captions, “Bill was here,” “John’s favorite hangout,” “Sam’s place,” and dozens more. Ransom did not know any of the men. Strangely, Ransom noted that all the visitors were dead. Beneath their photographs were the dates of their untimely demises.
The scent of burning candles and air misters permeated the softly lit marquee. Etched glass lined the other wall. Mr. Smith tried to see through the exquisite façade, but to no avail. He waited for someone to exit, to ask what was inside this beautiful, captivating establishment. After all, Ransom didn’t want to be seen entering a place that might be unseemly. He was too prideful to fall for that temptation. But despite his waiting longer than he meant to, no one exited. 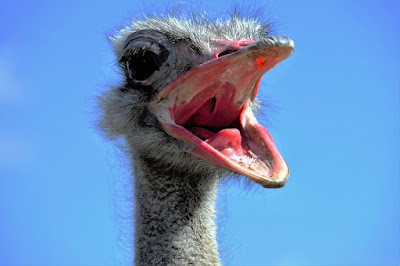 It must be an extraordinary place, Mr. Smith reasoned, because so many enter and no one leaves. A few more minutes passed as Mr. Smith’s curiosity clashed with his better judgment. He glanced at his watch. If he didn’t go now, he would be late for his next meeting. But he longed to admire that beautiful face once more. He wanted to see those eyes, those eyes that latched onto his.
She no doubt knew him from the news reports, and if by some unlikely chance she didn’t, he could impress her with his accomplishments. Surely she would be impressed. I wonder if she is married.…
Abruptly the door opened, and Mr. Smith was surprised to see only the beautiful young woman reappear. Where were the men? But he quickly dismissed the question as he peered into those eyes—deep and mysterious.
She held out her hand to him, and once more, Ransom heard the same words spoken in his mind earlier: