SEVENTH DIMENSION CONNECTION: Devotional from “Am I Okay, God?” by Lorilyn Roberts

Published by Lorilyn Roberts on March 7, 2014

Spread the love
… for you have been born again not of seed which is perishable but imperishable, that is, through the living and enduring word of God.
I Peter 1:23 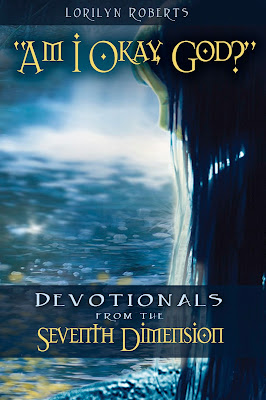 When we meet the king face-to-face, we either become more like him or we walk away, unwilling to submit to his authority.
Remember when the king cast the demons out of the cemetery man and later drowned them in the lake? I shared this in the first devotional. The story in The Door comes from the Bible.
While The Door is a fantasy, the events that happened surrounding the king are true. If you accept God’s salvation through Jesus Christ, Satan and his demons will not be happy about your newfound faith.
From Seventh Dimension – the Door, a Young Adult Christian Fantasy:

Descending from the heavens were beautiful creatures, too numerous to count, decked out in white. They wore flowing robes of dazzling splendor. As they tended to the man Baruch called a king, I watched, too awed to speak and too stunned to know what to think.
A few minutes later, I regained my senses.
“Now you know what an underling is,” Baruch said.
“A coward, a bully, a demon.” I shook my head, still stunned. “Baruch, you did see all of that, right? I wasn’t imagining it.”
“Heehaw. Now you know the king.”
—Shale Snyder and Baruch, the donkey, chapter eighteen

While we can’t see spiritual beings, the Bible makes it clear they visit us in our homes, at work, and in the car—angels and demons alike. Who have you entertained lately? Angels in disguise? Or did you let down your guard? Satan and his demons know how to trip you up.
In Ephesians 2:2, Satan is referred to as the prince of the air. We don’t see him because we have physical bodies designed to inhabit this world. I call the realm that spiritual beings inhabit the seventh dimension.
Scientists agree there are many galaxies besides our own. Less understood is how many dimensions there might be. Paul, the apostle to the Gentiles, referred to being taken up into the third heaven. He didn’t know if he was in the body or out, but it changed his perspective of God and the future.
Here is something I want you to think about. If part of you changes in the physical dimension, then it’s going to affect the spiritual realm.
Planet Earth is the battleground for spiritual activity. While earthly kings go to war to conquer, demons fight for control or possession of unsuspecting people. The demons follow the will of Satan, and as they did to the demon-possessed man in Gadarene, they torture. Even with the demon-possessed man, however, the demons couldn’t prevent the man from seeking Jesus, who cast the demons out and later drowned them in the lake.
The only way to protect yourself from spiritual attack is through the armor of God (prayer and reading the Bible), and the indwelling of the Holy Spirit.
Without going too far into the metaphysical aspect, let’s examine it in psychological terms. If you respond in a certain way to someone, he will act one way. If you respond in a different way, his response will be different. That’s a tiny way of looking at it.
If you change on the inside because of the Holy Spirit’s work in your heart, the change will be perceived by others, even on a subconscious level. Remember Newton’s law from your science class? For every action, there’s always an equal and opposite reaction.
Your responses to the world around you will be different because you’re now different. The Bible says when you become saved, you’re “born again.” Unless you’re born again, you can’t enter into a relationship with Jesus Christ.
When Shale returned home, she had undergone a metamorphosis. Her responses to her environment were different, forcing those around her to respond differently.
When I was twelve and accepted Jesus into my heart, I felt different. My father remarked a few weeks later, “You have been acting differently. You seem different.”
I wish I had shared the reason why with him. I was afraid he wouldn’t understand, but I knew why. The Holy Spirit had made a difference in my life.
It’s very difficult to change yourself. Try to change one habit in your life and see how hard it is, but when you have a personal relationship with Jesus Christ, he helps you to change. Sometimes the changes are subtle and at other times they are profound.
Sanctification by the Holy Spirit is a life-long process. God wants you to grow and learn. It’s in the process that we learn how to live out our salvation. The change in you will affect the world around you in ways that you aren’t even aware.
Thank you, Jesus, for giving me a new life in you—that I am born again and alive in you. I am thankful the Holy Spirit is helping me to become more like you. 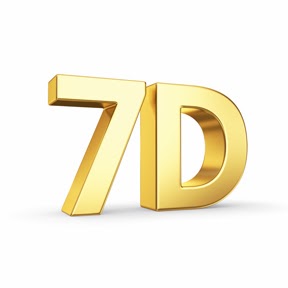 http://bit.ly/born_again
Am I Okay, God on Amazon (Kindle)
Published inDevotionals