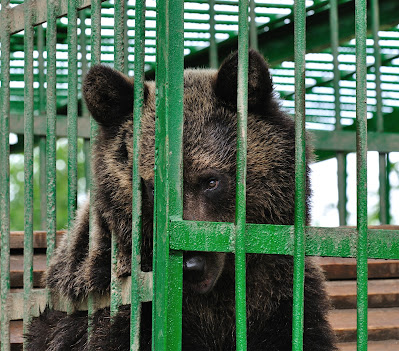 Recently, I was getting the pump fixed on my pool and I met a gentleman, Karl Ambrose, at the store. While there, he gave me some disturbing information—that Florida is on the verge of opening up the state to bear hunts.
I can’t think of many things more upsetting than hunting species for pure sport. In my opinion, it’s barbaric, inhumane, and cruel. We don’t eat bears, and worse yet, much of the scientific information about their numbers has not been validated.
Oftentimes these special interest groups push their agendas through the legal channels before the general public is even aware of what happened.
My goal here is to alert the public via social media—see Karl’s email below. Be sure to click on the link to let your voice be heard. Do you really want to allow bear hunts in Florida? A pubic that does nothing has spoken. The deadline looms. Please act now!
*~*~*~*
From Karl Ambrose
“Florida Bears may soon be hunted in their homes to supposedly reduced human/bear interactions.
“If bears are hunted in the only place that is their designated home, it actually may increase their likelihood of  increasing bear/human interactions.
“A source of problem behavior seems to be overlooked.  Most of the forests are surrounded by private hunt clubs.  The feeders that the hunters leave for deer, some of which may be illegal, are a likely source of emboldening bear that no one is mentioning.  A proposed hunt would also leave abandoned cubs.
“Why should the Florida Wildlife Commission propose a hunt that is likely to increase the number of human/bear interactions and not address the feeders that are actually luring the bears to the problem areas?
“It is my impression, from talking with FWC, that they have no intention of doing their job.  It seems that their real goal is to pander to deer hunters instead of getting to the source of the problem behavior.
“Anyone who wishes to chime in on this subject can go to Myfwc.com and express your opinion.  The final meeting to approve the hunt is being held in Sarasota, Fl, on June 24.”
Published inChristian Blogger/Op-Eds