SUPPORT TRUMP? THEN YOU NEED TO SEE THIS: Christian Blogger Lorilyn Roberts

I am extremely concerned about the role the American media is playing in the political arena. I fully expect this video to be deleted at some point in the future from Youtube, so I’m going to describe it. Basically, Lisa Haven is giving clips on the backlash against Trump, and it’s crossed the line, folks. I believe a Civil War is coming to America. The liberals cannot accept the fact Trump won the election.
We are a nation of laws. If this continues – the proclivity to violence and the attempt to undermine our President’s authority – can our democracy survive?
As I continue to work on my book, Seventh Dimension – The Howling, I came across this passage from Revelation 13:4-7:
So they worshipped the dragon who gave authority to the beast; and they worshipped the beast, saying, “Who is like the beast? Who is able to make war with him?” And he was given a mouth speaking great things and blasphemies, and he was given authority to continue for forty-two months. Then he opened his mouth in blasphemy against God, to blaspheme His name, His tabernacle, and those who dwell in heaven. It was granted to him to make war with the saints and to overcome them. And authority was given him over every tribe, tongue, and nation. All who dwell on the earth will worship him, whose names have not been written in the Book of Life of the Lamb slain from the foundation of the world. If anyone has an ear, let him hear.
I’ve worked as a broadcast captioner for about twenty years, and before that as a court reporter for twenty years. The last forty years of my life I have been paid to write down the spoken word, to put those words onto the written page. Let me tell you, when Revelation says, “He [Antichrist] was given a mouth,” that means he was given a platform, he was given a microphone by the media.
The media gives people a mouthpiece so their voice can be heard. You’ve heard the expression, “fifteen minutes of fame.” The Antichrist will have all the fame he needs because the media will be his voice. They will be his mouthpiece. They will be his captive audience. Revelation 13:4-7 as quoted above tells us so.
For anyone who thinks Trump is the Antichrist, think again. He’s too hated to be the Antichrist. The Antichrist will be loved by the media. He will use their microphones, their pens, their websites, their blogs, their editorials – on TV, on the Internet, on Twitter, on Facebook, famous celebs and occultists. I don’t need to tell you who they are.
If you are a liberal bashing Trump, please stop. Think before you speak. He is our President. Do you want his presidency to succeed? Or do you want it to fail? If he fails, our country fails.
Are you a true American? If you are, then support him. Stand by him. If you can’t do that, then be silent and vote him out of office in the next election.
Satan wants to cause division and strife in our country. His greatest weapon is deception. If he can use the media to present a partial truth, he’ll do it, and, in the process, destroy the uninformed masses, those who don’t question what they hear and don’t know what’s really going on. Don’t be part of that. Satan is setting the stage for a future world leader who will be the Antichrist. He will use the media as his mouthpiece.
Trump wants to make America great again. That goes against the New World Order and the agenda set by those who are bent on world domination and globalization. Don’t fall for it. The only one who can rule this world effectively is Jesus Christ.
Don’t give the devil a voice. Question what you hear in the American news. And that includes the immigration issue. What you hear has been twisted to use children as human shields and evoke sympathy from those who don’t realize the truth.

The children need our prayers. They are the victims. One solution is rather simple:  Perform a genetic test to see if the children and the parents’ DNA match. It takes less than twenty-four to get the results. Those that don’t match have no business being here. And maybe those children really do need to be separated from those “potential predators.”

Unfortunately, there is a bigger issue involved here, and it goes back to Trump. The media, the left, the elitists, and the New World Order are using this tragic situation to put forth their own agenda, one of which is to destroy Trump’s presidency. I could say more, but my point is for you, the reader, to think. Don’t take my word for it. Remember, II Thessalonians 2:11: For this reason, God will send them a powerful delusion so that they will believe the lie

Again, I say, question. Don’t believe it’s true just because the media says it’s so. Don’t fall for the lie. Be a thinker. Question more. 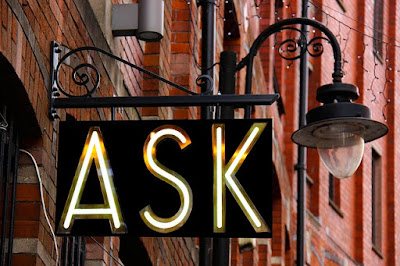