THE KINGDOM OF HEAVEN AND AMERICA’S FUTURE – IS TRUMP THE FINAL TRUMP: Christian Blogger Lorilyn Roberts

Published by Lorilyn Roberts on January 21, 2019

A good friend of mine who lives in England sent me this link to read from Elijah List.

I hope you will click on the link and read what Johnny Enlow has to say. I haven’t posted much lately because I have been working on The Howling and there is so much I want to say, I end up almost paralyzed because of the lack of sufficient time to write what needs to be said and finish my book.

So in bits and pieces, I’m going to put things on my blog. I respond to a lot of emails, and here’s one that I wrote in response to a good friend in England. If you read the blog post at the link, you will understand my comments below more fully. If you don’t have time to do that, just read my blog post below. It’s important that Christians learn what’s really going on in America. 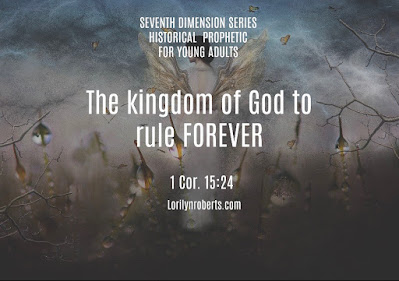 Good article. It’s nice to see that he and I are in complete agreement on almost everything. The biggest difference is he has a more optimistic view of the immediate future than I do. I hope that all the pedophilia and corruption in Washington is revealed. I hope God sends those involved to prison. But justice doesn’t always happen here. Some justice will only be meted out in eternity.

God’s Kingdom is expanding and spreading to every tribe that has yet to hear the Gospel. You know the story of the wheat and the tares. God is allowing those tares to exist until the harvest is ripe. Will those tares be uprooted before Jesus returns?
I’m not sure. I can’t remember your stance on the rapture, but either way, whether we are taken out before Jesus’s return or after He returns, the end result is the same: God wins, and all those who rejected Him will face an eternity in hell.
Now, here is something I want you to think about. I do believe God’s kingdom comes here to earth. Without a tiny shadow of any doubt. It’s here now, growing and expanding. But I don’t think it fully comes in all Its glory until Jesus is sitting on His throne in Jerusalem. It’s a timing thing.
I think this writer (see link above, Johnny Enlow, Elijah List) thinks God’s kingdom will come shortly to earth in our time because it’s expanding now, and all evil will be stamped out or pushed back in the next few years under Trump’s leadership. I wish that might be so. Especially if Jesus tarries.
But I don’t know if the kind of righteousness Enlow is describing can happen or if we are so far down this path of unholiness that the future is determined, set, and God is just holding back evil until every last person has heard the Gospel and everyone whose name that’s written in the Book of Life has been redeemed.
I think things are going to get darker — and I think you think things are going to get brighter. I hope you are right for my children’s sake. But the church here is asleep. Really asleep. If the church doesn’t wake up — I don’t know what will happen.
For sure, Trump has taken on the powers of darkness like no one in recent history. And VERY FEW people have a clue. He’s hated without cause. Like someone else we know.
This is something very concerning to me that no one has talked about. If something happens to Trump, Pence becomes the acting President (and I’m not sure if he might not have some skeletons in his closet that I won’t mention out of respect for him and because those reports could be fallacious).
But if both Trump and Pence were removed from office, either by impeachment or death, do you know who is next in line? Nancy Pelosi. She is corrupt to the core, I mean really corrupt. Awful corrupt. She is the Democratic leader in the House now and is the number one person blocking Trump’s wall. The only female more corrupt than her is Hillary (in my opinion). 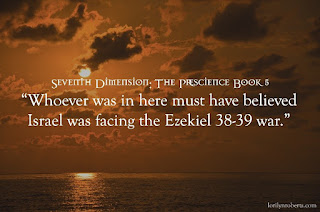 We are living in perilous times. I am praying more than ever for our country. Looks like Brexit might not go through despite the fact the people voted for it. What do you think about Macron?  He is someone we need to watch very carefully.
Blessings!!!
Lorilyn Roberts
Published inChristian Blogger/Op-Eds