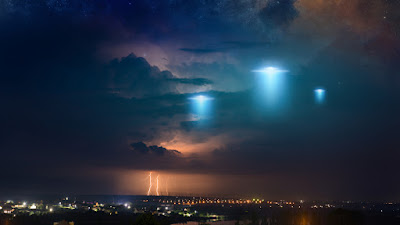 UFOs sited in Missouri, man attaches dynamite to a dog and blows it up (for you dog lovers, the dog survived and is being taken care of by a Good Samaritan who renamed him Rocket), a man bites off parts of another man’s face, Greece’s economic woes may eventually impact banks in the U.S. and the 2012 elections, an emergency U.N. meeting is called to deal with the crisis in Syria—these are just some of the news items of the day.
If I were an alien on a UFO visiting, I think I would hightail it and find another planet on which to take a vacation where there was more peace and less war. On a more serious note, how is it possible to listen to the news stories that bombard us day in and day out and not become depressed or despondent?
Many years ago at a Christian writer’s conference, an editor asked me what I do for a living.
“I provide closed captioning for television,” I told him. His eyes lit up as if there must be plenty of writing material in those juicy stories.
I laughed at him and shook my head. What good stories could I write? Oftentimes the news left me depressed. Perhaps the same sentiment was felt by Nathanael in John 1:46 when he commented about Jesus’ birthplace, “Can anything good come from Nazareth?”
But my response to that editor has always bothered me.
Can I not find good in the world if I look for it? Does God not bring good out of evil? Can He not redeem the worst story I have ever reported?
Sometimes at night when I’m falling asleep, I will think back to something I captioned during the day and will be troubled. I won’t be able to get a disturbing image out of my mind. Perhaps it’s Satan’s way of attacking me—after all, if He can make me doubt God’s love and providence, how effective can I be in my witness?
In my limited wisdom, all I can feel or see is the pain and suffering inflicted. And while I despise someone else’s gross behavior, as a sinner, I am just as guilty of hurting others. Sometimes I wonder how God tolerates it all. How can He not get angry? If I have righteous indignation in my limited understanding, how much more so does God become angry?
In I Corinthians 2:7, the Bible speaks of God having secret wisdom—a wisdom that is hidden, that not even kings and presidents and premiers can understand.
Not only that, but He says that He was “destined” to give that wisdom to us even before time began.
The Bible also claims that Jesus would not have been crucified if the rulers had understood what it was they were doing. That means it was necessary that the people not understand what happened to Him as even today we don’t understand many of the things that happen in the world.
When I am closed captioning and wonder, how could God let that happen, I remind myself that I am thinking this way because I don’t have the wisdom of God. It’s not like God sits up in the heavens wringing His hands and wondering how mankind screwed up His planet. Not only does He know, but whatever He has planned for us far surpasses even the most horrendous event that can happen in our lives.
It takes a lot of faith for those roots to go deep into the human heart. I Corinthians 2:9 says, No eye has seen, no ear has heard, no mind has conceived what God has prepared for those who love Him. That means physically and mentally we can’t know, but God has revealed it to us by His Holy Spirit. 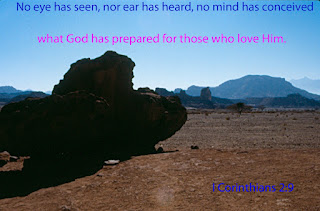 In Matthew 24:12, when referring to the latter days and the signs of the end of the age, Jesus stated, Because of the increase of wickedness, the love of most will grow cold...
It’s very easy to read this and flippantly think, “Oh, I would never do that. I will always love my neighbor, my family, my husband.”
No matter what happens, can we believe that? Is our love greater than that murdered child or a broken heart or abused animal? Is God’s love greater still? Even if I don’t understand it now, it is enough to know that someday I will.
As Peter said in John 6:68, Lord, to whom shall we go? You have the words of eternal life. My faith must be strong enough to stand up to the worst of humanity because Satan is relentless. His fate is sealed and he has nothing to lose. Whenever I start to doubt, again, I remind myself it is God who holds the words of truth.
One thing we can do in response to the news is be an intercessor. God never tires of hearing our prayers. Some of those suffering souls that get reported in news stories may not know the Savior, but we know as Christians the one who holds their future. We can be assured that God’s love is deeper than their pain and great enough to reach across states, oceans, and continents.
On a grander scale, I fear not so much a battle with weapons of mass destruction as I do the war imposed on Christian principalities and beliefs.
In light of that, some upcoming topics may make you uncomfortable, but I hope you will read my blog anyway. Please feel free to leave comments as I love to hear from readers.
To learn more about Lorilyn, click here
Published inChristian Blogger/Op-Eds