TRUMP, MEDIA, GLOBALIZATION, ISRAEL, ABORTION, AND HITLER – WHAT DO THEY TELL US?: Christian Blogger Lorilyn Roberts

Published by Lorilyn Roberts on September 17, 2018 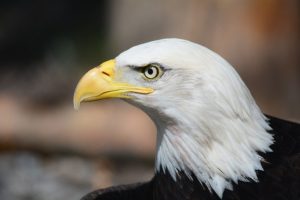 Recently on Facebook, one of my author friends posted a link to an article titled, “What My Escape from Hitler’s Germany Taught Me About Trump’s America.”

The title is provocative and drew me in to read it. But as I read it, I realized the writer was so influenced by the liberal media that it wasn’t even accurate. I couldn’t leave a comment without a paid subscription. Here are my thoughts:

Last week during the Kavanaugh hearings for U.S. Supreme Court Justice, protestors wreaked havoc during the proceedings. I captioned it on C-Span, and it was obvious it was staged. The next day, I saw a video that showed that those protestors were paid to agitate by liberal-leaning leftists like Soros. The exchange of money was caught on video.

Before World War II, the media controlled the Hitler propaganda, just like the media controls the information that goes out over the U.S. airwaves. They get their marching orders from about five corporations that control over ninety percent of the news outlets in the U.S. They slant it to appear the way they want, which is, for one thing among many, advocating for open borders (the refugee crisis). Open borders take away nationalism because of the merging of boundaries, and taking away our guns makes it easier for those who have guns to control those who don’t.

Trying to make comparisons of Trump to Hitler is ridiculous. Hitler served time in prison; he was heavily influenced and mentored by occultists. He was a racist to the core. Hitler had not accomplished anything with his life except being a criminal before he ran for office.

Just because someone is a nationalist does not make him a Hitler. Quite to the contrary, it’s important that people consider themselves American if they want to live here. That’s what binds us together as a country: Our values, our language, our culture, our history, and our freedoms. We are Americans first. Certainly, you wouldn’t call Gandhi a Hitler, and he was a nationalist. 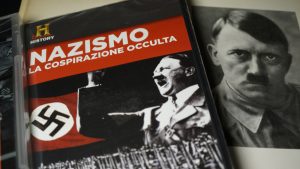 Hitler was a fascist (communist by a different name). Trump is not. Remember, the Bible says the anti-Christ will be a world leader. He will come to power by intrigue. That’s what globalization is about, among many things—the centralization of power and forming a one-world government.

For example, you can trace the origins of the U.N. back to a desire for a one-world government. Global warming is a globalist agenda, and you have to buy into their version of the truth to believe it is a problem. Perhaps it’s part of the end-time deception. One thing I do know: God controls the weather, not man.

In addition, Hitler’s solution was to gas people that didn’t fit his white Aryan race prototype. Trump is pro-life. All life, including the baby in the womb.

Trump is not anti-Semitic. He is behind Israel more than any other U.S President. That means he is behind the Jews. I thank God that Trump is accomplishing things other presidents didn’t have the guts to do. We didn’t vote a saint into office. We voted for someone that wouldn’t kowtow to people like Kim Jong-Il and Putin and Iran.

There are many issues we face as a country, but what the President does in his private life, if it’s not illegal, shouldn’t be on the front-page headlines. If Trump wants to have sex with someone that isn’t his wife, that’s between him, his wife, and God. I don’t care what he does in his own bedroom, and I sure don’t want to hear about it day after day after day.

I do care about what he does for my country. Maybe those “hot” topics should be relegated to the tabloids for those who don’t have anything better to do than reading gossip. The media has become like a “used car salesman with no ethics” and insulted American intelligence. Unfortunately, I have to caption all that mudslinging. Oh, how the media has changed since I first started captioning twenty years ago.

On the Palestinean issue, those people aren’t refugees. That’s a complete misnomer. That would be like saying people that moved here from Vietnam because of the Vietnam War are refugees. Those people have settled in and become part of the American fabric. And that was back in the 1970s that they came, not the 1940s. Israel defeated all those Islamic countries in battle. They fought and won. The land is theirs. They paid in blood for it. In addition, the last time I read my Bible, it says God gave that land to them.

Do I need to keep going? Don’t buy into the lies the media is spreading. If you want to make comparisons to Nazi Germany, the one worth making is the media. Think Huxley’s “1984.”

Yes, there are far-right extremists, but they aren’t the problem. Just like “1984,” the media is skewing the truth. If we aren’t careful, soon they will have us believe two plus three equals four.

Last night I captioned former V.P. Joe Biden’s remarks on C-span addressing the Human Rights Campaign’s annual dinner at the Washington Convention Center. He brought up the Kavanaugh hearing, and it was obvious to me that it comes down to one thing: Roe v. Wade. It comes down to protecting the life of the baby in the womb.

In the bigger picture, I truly believe we will be held accountable for where we stand on this issue when we face God. God is big and unknowable, but He judges us in a way that demands we make a choice. That way, we have no excuse. 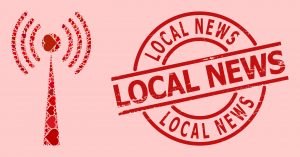 I also think nations will be judged in two ways, among many, but these two ways in particular:  How they treated the innocent (the baby in the womb), and how they treated Israel.  While Trump has many flaws, on these two important topics, we know where he stands.

Again, we will be judged both as a nation and individually. The media will be long gone when we stand before God and give an account for the choices we made. What are you going to tell God? Read the Bible and pray for our country. I am haunted by the sixty million abortions that have been performed in America and the countless deaths of innocent children in the womb in other countries that followed us and legalized abortion.

If we have a nuclear exchange, will sixty million of our soldiers die? I don’t know, but I do know that God is just. We can ask God’s forgiveness and pray that Roe v. Wade is overturned. That will only be possible if we have somebody like Kavanaugh elected to be the next Supreme Court Justice. James 5:16 says: “The effectual fervent prayer of the righteous man availeth much.”

One more quick comment: Just as God hardened Potiphar’s heart when he refused to let the Israelites leave Egypt, the choices you make today may be the last chance you have to make those choices. In other words, once you choose, God might harden your heart to where you no longer have a choice. Another way of saying it is that Satan will have his way because that’s what you chose when the choice was yours to make. There comes a time when that ability to choose can be taken. 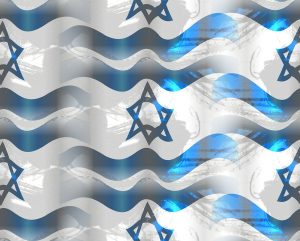 Pray for the peace of Jerusalem, pray for America, pray for the unborn, and pray for God’s salvation. Invest every minute living out your faith at work, at home, and with others. Live like you have no tomorrow.