Published by Lorilyn Roberts on September 24, 2011 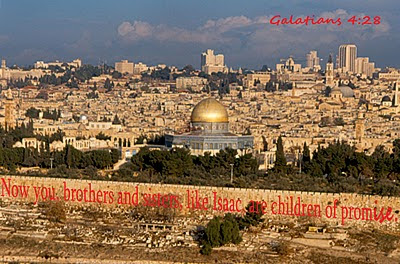 I would encourage you to read this unofficial transcript that I wrote today—an impassioned plea from Prime Minister Netanyahu for peace that should stir the hearts of all Christians and Jews.

Let’s do as we say in the , let’s talk ‑‑ straightforward.
I’ll tell you my needs and concerns.
You tell me yours.
And with God’s help, we’ll find the common ground of peace.
[Applause]
>> There is an old Arab saying that you cannot applaud with one hand.
The same is true of peace.
I cannot make peace alone.
I cannot make peace without you.
President Abbas, I extend my hand, the hand of in peace.
I hope that you will grasp that hand.
We’re both the sons of Abraham.
My people call him Abraham.
You people call him Abraham.
We share the same patriarch.
We dwell in the same land.
Our destinies are intertwined.
Let us realize the vision of Isaiah, the people who walk in darkness will see a great light.
Let that light be the light of peace.