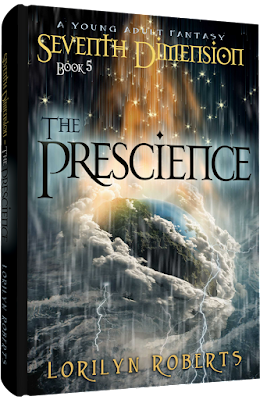 book review by Donna Ford
Click to Tweet:  “Time travel is more dangerous…The chasm between the physical world and spiritual realm is becoming unstable, as Satan and his minions gain more control.”

Daniel and Shale were betrothed by Jesus (Yeshua in Hebrew) at the end of the previous book in the series. When they return to the present dimension in Israel, they encounter bombings and danger as the Gog-Magog war begins. They run to a bomb shelter, where a rescue dog finds Shale who can speak to animals. Everyone has their unique gifts of service; Shale has the gift of hearing, and Daniel has the gift of reading minds. Dodging bombs to follow the dog, they discover a young child with her mother dead beside her. The dog reveals her name is Shira, and she has no living relatives. That’s how the newly-engaged couple becomes parents of a three-year-old in the middle of a war predicted in the Bible.

Shale tries to call her mother in America, but the electromagnetic pulse (EMP) attack by Korea has disrupted all communication there. It may be safer to continue their search for Daniel’s father in the first century, back where Daniel first met Shale and raced his chariot against other time travelers. Time travel is accomplished via star-gates opened by CERN and are either controlled by good or evil forces. The Illuminati sent Nidal and Tariq, mercenaries from the future, to first-century Jerusalem in order to steal Bible scrolls telling of Yeshua’s life, death, and resurrection. The Illuminati can track their movement by a skin implant thus assuring they remove every record of Yeshua’s existence. Daniel’s brother, Jacob, has access to a government star-gate. Demons try to stop their travel, but an angel delivers Daniel, Shale, and Shira back to the first century. They may not be safe yet. The ventriloquist tries to steal Shira. And what if those who wished to arrest them find out Daniel will race against Tariq’s chariot once more in order to learn the truth about his father? 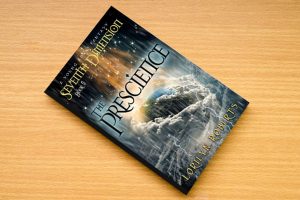 This novel, the fifth book in the series, combines young adult fantasy with historical fiction. It is written about the times near the end of what Bible scholars call the seven-year tribulation. Previous books in the series covered the first century when Yeshua was on earth. The author uses the cliffhanger technique at the close of each book, and the casual reader who has not read the previous books should thoroughly read the first chapters of this one to help make sense of what is happening.
Teen and young adult readers want to see a life they haven’t seen before. What better vehicle to introduce Biblical events than through time travel? There is also movement between the present dimension and the seventh, or Spiritual, dimension. The Prescience is the title of a book from God’s library in the Genesis garden; it reveals Biblical events to those who love and serve God. Reading in it, Daniel sees his future as one of the 144,000 young Jewish preachers who will testify to Israel about Yeshua. Daniel has the seal on his forehead to prove it. 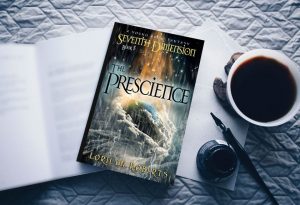 Life lessons mix with the buzzwords. Daniel explains to Shale that people can have many futures. When she requested to marry Daniel, her future was changed because she missed the rapture and is now alive during the tribulation. Another learning experience happens when the couple leaves the garden by train. As it begins to fill up, Shale hears the occupants bleating like sheep and goats. She imagines seeing the car floor dirty with excrement and urine until she experiences compassion enough to see them as people too. It is a test all must pass who wish to be compassionate.

To learn more about US Review of Books, you can click on this link.

NOW FOR THE REAL EXCITING NEWS, SEVENTH DIMENSION – THE PRESCIENCE WILL BE FREE JULY 17 AND JULY 18 ON AMAZON KINDLE. CLICK ON THIS LINK TO DOWNLOAD YOUR COPY.

The Prescience has already won many awards including the following, so BUY now FOR FREE even if you don’t plan on reading it until later. 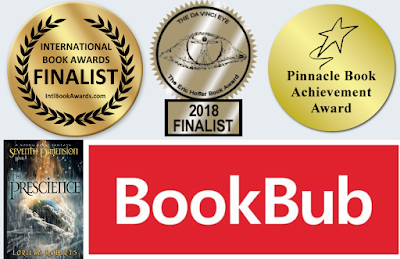