WHAT IT’S LIKE TO HAVE BREAST CANCER: Devotional by Lorilyn Roberts

Published by Lorilyn Roberts on April 8, 2017 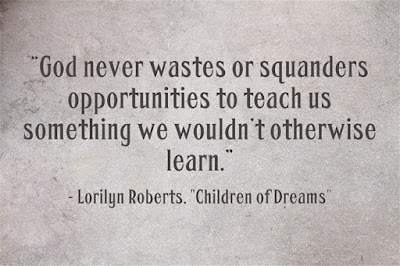 My first chemo treatment was easy. But the two days leading up to it were not.
When I went to Moffitt to get a second opinion, the doctor recommended I have a CT scan performed on my lungs for a pleural effusion that showed up on the PET scan. She had never seen a pleural effusion caused only by surgery.

So, of course, that gave me something else to worry about. None of my doctors had mentioned getting a CT scan on the lungs. The X-ray had been clear before the surgery.
The CT scan was set up for the next day, a welcomed surprise it was accomplished so quickly, but the CT nurse didn’t know how to access my chemo port correctly. It was the most painful procedure I’d had done yet – unbearable. She didn’t flush out the port afterward, and apparently, when the contrast was put into the vein during the CT scan, it didn’t go into my vein but extravasated into the surrounding tissue. Talk about painful, I couldn’t quit crying.

I was afraid I’d never get through the sixteen weeks of chemotherapy. Later, the infusion nurses told me never to let anyone access the port but them. The CT nurse could have damaged the infusion site. This could have caused a blood clot, infection, more surgery, and skin grafting. She also didn’t flush it.
The CT nurse took me back to the waiting room where I cried some more. Another patient asked if he could pray for me. I thanked him. That was the lowest point of my cancer journey. If I couldn’t handle the port being accessed, how could I handle the chemo treatment?
On the way to my CT appointment, one of our cats had something wrong with him. He was walking around the house groaning. We had taken him to the vet the week before for urine issues and an obstruction. He didn’t have an obstruction then, but I was certain he had one now.

With male cats, it’s an emergency. I was afraid he would die without immediate care, but I was on my way to my CT scan. They squeezed me in because of the concern raised by the doctor at Moffitt. The procedure also needed to be done before I started chemo. 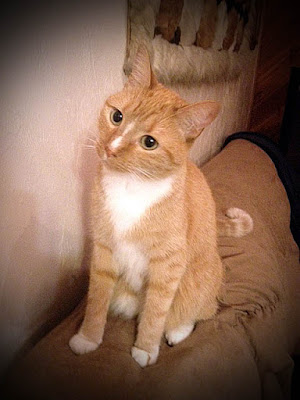 I called my oldest daughter. She left work and came to get Anakin to take him to the vet. Otherwise, I could not have made my appointment. The vet said he would have died within an hour without being seen. He’s still at the vet being treated. Hopefully, he can come home Monday. We have switched to a prescription cat food that should prevent this from happening again.
The next day, following the CT scan and endoscopy procedure, I hadn’t received the results, so I was anxious for the infusion appointment. I had my highest blood pressure reading ever.
When I met with the PA, she said the lungs showed no signs of cancer, and the endoscopy biopsies were related to heartburn. Talk about relief. That would have pushed me into a stage 4 breast cancer. It’s hard for me to believe I’m a stage 3 because I had a clear mammogram and sonogram. No spread to nodes was visible on MRI or exam. The spread to the lymph nodes showed up microscopically on the biopsy.
I am now in my fourth week of Taxol treatment. I have eight more weeks to go. This will be followed by eight weeks of Adriamycin (four treatments in all on this one, every other week.)
I’m thankful I’ve started chemo treatment, and I’m thankful that through four treatments, I haven’t had any side effects. 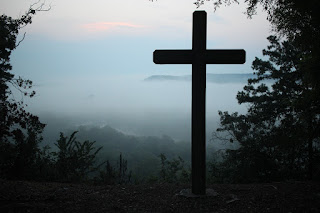 I attribute the good outcome of my surgery and the ease so far of the chemotherapy to God’s faithfulness and the prayers of so many saints.
I hope all the additional treatments go as easily as the first four infusions, but I’ve heard people say the side effects get worse. In the meantime, I like to think the drugs are hunting down any cancer cells in my body and killing them.
The doctors have said that it’s highly unusual a 1.7 cm tumor to be in as many lymph nodes as shown in the pathology report — 11 out of 15. That’s just a little larger than half an inch.

Someday I hope to share this story — my cancer is like sin. Something that small in my body is deadly. Without Jesus Christ, a tiny bit of sin will keep us out of heaven. Something to think about, isn’t it?
Thanks again for your prayers. I really appreciate it. And if you love animals, pray that our little kitty that was found abandoned a few years ago will be restored to health. His name is Anakin.