WHAT NOW? …AND LO, I [JESUS] AM WITH YOU ALWAYS, EVEN TO THE END OF THE AGE — MATTHEW 28:20: Devotional by Lorilyn Roberts

Published by Lorilyn Roberts on September 21, 2014 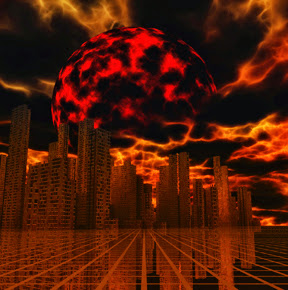 WHAT NOW?
…and lo, I [Jesus] am with you always, even to the end of the age.
—Matthew 28:20
When I was ten, I had a dream. In the dream, I was listening to a song by Johnny Mathis on my record player. Over the music, I heard a voice that sounded like rushing waters that echoed from far away. The voice said, “Today is judgment day.” Frightened, I woke up from the dream with my heart pounding. Was it really judgment day?
📕📕📕📕📕
From Seventh Dimension – The Door, a Young Adult Christian Fantasy:
“War, famine, pestilence, financial collapse. America suffers the most—its military is decimated by spending cuts. The dollar collapses because of the mounting debt and Washington’s unwillingness or inability to cut frivolous spending. China takes over as the dominant world power and Islam seizes control of many governments. The world is aflame.”
—Daniel, chapter fourteen
📕📕📕📕📕
After that dream, I wondered what happens when you die? When is the end of the world? Is there a judgment day? Would I be judged?
I asked my father and he said, “Yes, there’s a judgment day and everybody will be judged.” He suggested I listen to Billy Graham on the radio.
Not long after that, I watched Billy Graham on TV speaking at one of his international crusades. In those days, the crusades were carried live.
Billy Graham was the consummate evangelist. His sermons were always about judgment, salvation, and the end times. He never sugarcoated anything. I later bought some of his books and often read his column in the newspaper. I was blessed to attend two of his crusades in-person—including the last one he ever spoke at in Jacksonville, Florida.
For years, when Dr. Graham gave the altar call, I recited the sinner’s prayer to receive salvation—in case I didn’t do it right the previous time. Who knows how many times I said that prayer until I realized I didn’t need to keep saying it. Jesus already lived in my heart. But I struggled, thinking I could lose my salvation. I compare that experience to worrying about the unpardonable sin. If you worry about committing the unpardonable sin, chances are good you don’t have anything to worry about.
I received the gift of salvation when I read the Gospel of Matthew at twelve. My spirit was moved by one thing—Jesus’ love for the oppressed people and his compassion for those who were hurting.
I was also fascinated by the “proof texts” found in Matthew.
Because of my familiarity with Jewish things and having briefly attended a Sunday school class that studied the Old Testament, I had learned a lot about Moses and the prophets. I knew that the Old Testament predicted a Messiah would come and bring salvation to the Jewish people. Matthew cites some of those predictions found in Isaiah, Micah, Hosea, and  Daniel.
When I read Matthew, I became convinced that Jesus was the Messiah. The “proof texts” were overwhelmingly accurate, predictions made and recorded in Jewish literature hundreds of years earlier.

I will never forget reading Matthew 24:1 – 25:46 for the first time. The disciples asked Jesus, “When will these things happen, and what will be the sign of your coming?”

I had the same question as the disciples. Could Jesus return during my lifetime? Would we be able to recognize the signs of his return?

In my teens, I read the book 666 by Salem Kirban. A few years later I read The Late Great Planet Earth by Hal Lindsey. Probably these two books, both of which were inspired by the book of Revelation, influenced me spiritually more than any other books as a teenager besides the Bible.
During my freshman year at the University of Georgia, Hal Lindsey came to the university and spoke. I was intrigued and wanted to learn more, but the seed that had been planted stayed dormant for a long time.
While many years have passed since I read Revelation for the first time, I have never forgotten some of my early thoughts about the book. When it described an army of 200 million men in Revelation 9:16, most scholars agree the only country in the world that could outfit that many soldiers would be China. I laughed. Back in those days, China was a third-world nation. There was no way they could become a world power and form an army like that. Or could they? 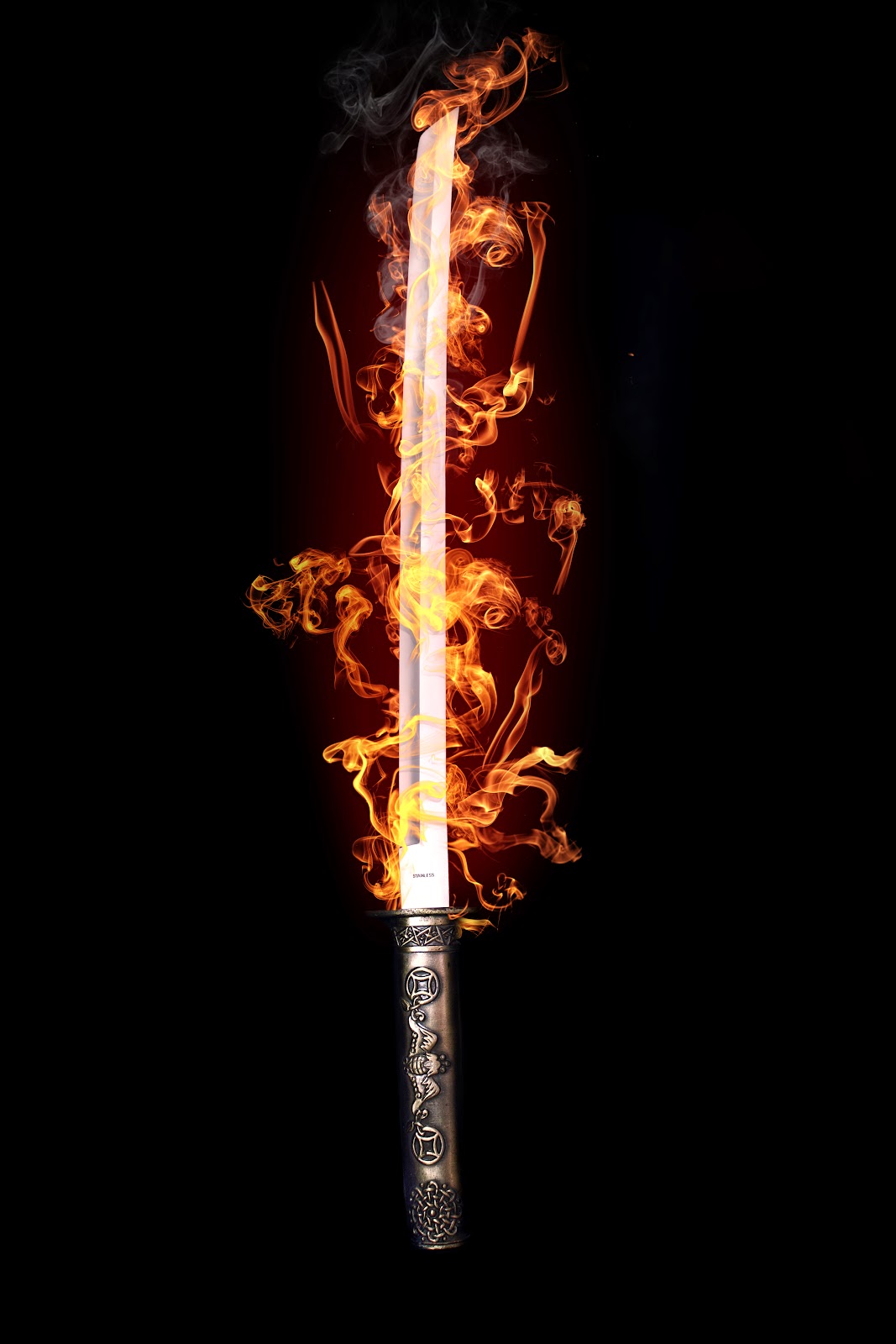 Revelation 20:4 says, “Then I saw thrones, and they sat on them, and judgment was given to them. And I saw the souls of those who had been beheaded because of their testimony of Jesus and because of the word of God, and those who had not worshipped the beast or his image and had not received the mark on their forehead and on their hand; and they came to life and reigned with Christ for a thousand years.”
What group of people or country or religious sect in today’s civilized world beheads Christians? I considered that barbaric when I was a teen. Surely that couldn’t be right—or could it?

World events are hurtling forward at an increasingly rapid pace. Events that were hard to imagine even a few years ago are accepted—even promoted. Until recently, most people would have doubted that society would accept as normal the marrying of two men or two women.
Some people believe that the cultural and moral changes in the U.S. today will lead directly to the violence portrayed in Revelation. It’s not hard to imagine how events, as predicted in Revelation, could happen in the next few years leading to Armageddon.
I wait expectantly for the rebuilding of the Jewish Temple, one piece of the puzzle that seems to be needed before all of the events as foretold by Jesus can happen. How else could there be the “abomination of desolation” as spoken of in Matthew 24:15?
My intent here is not to go into a detailed dissertation about the end times and prophecy, but to pique your interest to pursue your own study. Where might you be in ten years, twenty years, or thirty years? If the United States continues on its current path, will we even exist as a free country?
While most of your day is probably consumed with more relevant and pressing issues; i.e., peer pressure, money, what you’re going to study in college, or when the next Star Trek movie will be at the theater (I am a Trekkie too), your generation faces great challenges. It’s important to ask, what now? What are my priorities? What about my future?
Make a list of what’s most important to you. Otherwise, the tyranny of the urgent will suck out of you every ounce of energy, time, and money you possess, leaving you spiritually dry.
Make God a priority. Find time to pray and read your Bible. Get involved in a local church. Christianity is not so much a religion as a relationship—a relationship with God and other Christians.
God never intended for Christians to be loners. My prayer group that meets on Wednesday nights helps me to get through the week. I feel encouraged when I leave, knowing that I have prayed for others and others have prayed for me. I have been in a prayer group for the last twenty-seven years. The people with whom I’ve prayed I’ve regarded at different times to be my closest friends. Some have moved away. Some have died. Some are in other groups now. But when you pray with someone, you share your soul. You share what’s most important.
Remember: The relationships you form here will continue in heaven. I remember answers to prayers from twenty years ago. I may not recall the name of a  person I met an hour ago, but if someone asks me to pray for him or her, I will remember it.
The Holy Spirit intercedes and remembers every prayer ever prayed and brings to mind those requests. I believe that when we pray here, we truly make a difference in the spiritual realm. We tear down evil strongholds. We send the demons scampering because they can’t bear to hear Jesus’ name.
What now? Trust and obey God, surrendering your will to his. Know the end is near. Jesus’ return could happen tomorrow. Live your life to the fullest. Make the most of every opportunity because the days are evil.
Watch the news and be informed. Christians need to be aware of what is happening in the world. Perhaps if Christians hadn’t buried their heads in the sand when Hitler came to power, the church could have prevented the slaughter of six million Jews.
The future world leader promising peace will be worse than Hitler or Stalin. This anti-Christ will deceive many. Be alert. While your salvation is assured, God needs you to his hands and feet and mind and soul—to carry out the Great Commission.
Don’t lose heart. And don’t lose sleep over the future. I like to imagine John saw me 2,000 years ago in his vision— fighting the good fight, defending the Gospel, standing for the truth, and even being a martyr if that’s what I’m called to be.
Jesus says at the end of the book of Revelation, “I am coming soon” (Revelation 22:7). Are you ready?
Yes! Come quickly, Lord Jesus.
Published inDevotional