Spread the love
Half of “The Castle” takes place during Passover week in 33 A.D. Here is an excerpt from “The Castle” that readers familiar with the Bible will recognize. 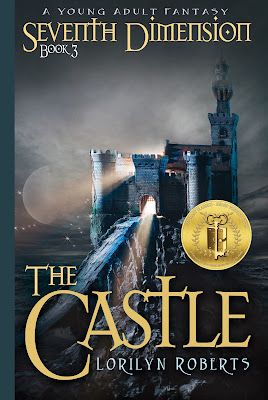 Soon we were on the road. Stars covered the night sky against a full moon. The air felt unexpectedly nippy for Pesach. I asked Mark if he noticed anything unusual when Yeshua and his disciples emerged from the Upper Room.

“Did he say anything?”

Mark shook his head. “He and the disciples only sang a song as they left.”

I wanted to ask which one but I let it go. “How do you know where they went?”

“They always go to the same place—the Garden of Gethsemane, to pray, on the Mount of Olives.”

“No. Occasionally the women go, but not tonight. He said only the disciples.”

“So how do you know where they go?”

We continued for a while in silence, following the familiar path from Bethphage. Once on the Mount of Olives, Mark took me to the olive grove on the lower western slope. The barren Judean Wilderness faced the Garden of Gethsemane to the east. Shadows wrapped the garden in darkness.

The olive trees in the grove provided good coverage. We could move in a little closer. I counted nine disciples. “Where are Yeshua and the others?”

Mark peered through the olive branches. “I don’t see Peter, James, and John.”

“I don’t know the disciples that well,” I confessed, “except for John, who introduced himself to me.”

“James is the brother of John. Peter is an outspoken fisherman. Peter, James, and John are Yeshua’s closest friends.”

“Surely he wouldn’t have come without them.”

“Come. Let’s see if they are on the other side.”

We made a wide arc and circled around to the back of the garden. I tried to filter out the indistinct voices from the nighttime insect chatter.

“That must be them,” Mark said.

We crept closer. A limb snapped.

“They didn’t hear it,” Mark whispered. “I see three of the disciples with Yeshua.”

What would Yeshua think if he found us here eavesdropping? This was an intimate moment between the rabbi and his disciples. Yeshua paced. The others appeared tired.

“Did you see Judas on the other side?” I asked.

Yeshua dropped to his knees in front of his inner circle and cried out, “My soul is overwhelmed with sorrow to the point of death. I feel as if I am dying. Wait here and stay awake with me.”

I clenched my eyes.

Yeshua left his inner circle and collapsed on the ground a short distance away. His words pierced my heart.

“My Father, if it is possible, don’t make me drink from this cup. But let it be as you want, not as I want.”

Someone approached Yeshua as he lay prostrate on the ground; a large figure, perhaps eight feet tall.

“Who is that?” whispered Mark.

The white translucent being embraced Yeshua. He wrapped himself around the prophet and prayed in words I didn’t understand. No more than a couple of minutes passed, and then the visitor was gone.

Yeshua’s demeanor outwardly changed. He now appeared resolute and determined, strengthened by the strange visitor. He immediately stood and hurried back to Peter, James, and John.

“Are you still sleeping?” he asked the men. “The time has come for the Son of Man to be handed over to the control of sinful men. We must go.”

Yeshua and his three closest friends returned to the other disciples, who were also asleep. Yeshua shook them awake.

I peered across the Kidron Valley. Dozens of flickering lights formed a procession from the temple all the way to the garden. Did it require so many to arrest one man? Heartbeats filled the darkness and marching feet stomped the ground. The long-anticipated confrontation neared. The darkness of the night deepened. 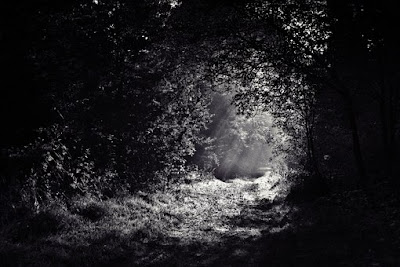 Suddenly, the disciples seemed to become aware of something amiss. They quickly rose from their slumber and stared at the quivering lights. Tension saturated the air as the disciples drew near their master. I could sense the mounting terror as they peered through the grove at the hundreds of approaching men.

“Here comes the one who will hand me over,” Yeshua said.

I blocked him. “Are you crazy?”

“They are coming for Yeshua. We must stop them.”

His petrified eyes implored me, “Why not?”

I peered beyond the garden to the wilderness, a stone’s throw away. The rugged canyons, caves, and mountains would have provided cover for Yeshua, as it did for David when he hid from Saul, but Yeshua made no effort to flee.

The temple guards arrived behind the lantern holders and torchbearers. In the trembling light, I could see most of the soldiers carrying clubs and swords. The temple militia had trapped the disciples and Yeshua in the garden to prevent escape. I heard footsteps behind us. Other soldiers had ambushed us as well, although the olive trees hid us—for the moment.

The shuddering light shone on the faces of Yeshua and his followers, but a brief moment of indecision passed. The soldiers appeared not to know which one was the teacher. 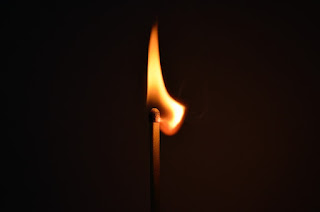 Yeshua stepped in front of his frightened followers to shield them from the soldiers. Resolute and firm, reminding me of Commander Goren, my hero from World War II, his bravery caught the guards by surprise. They jumped backward, intimidated by his valor.

Judas spoke up. “The one I kiss will be Yeshua. Arrest him.”

Yeshua answered, “Friend, do the thing you came to do.”

Judas kissed Yeshua on the cheek.

Several of the temple soldiers seized Yeshua and arrested him. The rabbi offered no resistance. Unexpectedly Peter grabbed his sword and swung it at a servant.

Cries pierced the garden as the servant gripped the side of his head. Blood gushed between his fingers and dripped on the ground.

No one moved.Yeshua picked up the servant’s ear and reattached it. Then he turned to Peter and said, “Put your sword back in its place. People who use swords will die by the sword. I could ask my father and he would send twelve legions of angels. But everything must happen as it is written and according to the prophets.” 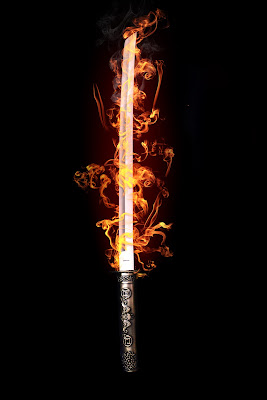 Yeshua picked up the servant’s ear and reattached it. Then he turned to Peter and said, “Put your sword back in its place. People who use swords will die by the sword. I could ask my father and he would send twelve legions of angels. But everything must happen as it is written and according to the prophets.”

Peter and the disciples trembled. They were unprepared for this—they never saw it coming.

Yeshua turned to face the chief priests and elders of the people who came to arrest him. In addition to the temple guards, the multitude included priests and scribes—almost everybody who was anybody connected with the temple.

I had anticipated it would be the Romans to arrest Yeshua, but the contingent was made up of his own people—the temple aristocracy.

Where would they take him?

The rabbi addressed the crowd. “Why did you come out here with swords and clubs? Am I a criminal? Every day I was with you in the temple area. Why didn’t you arrest me there?”

Yeshua dropped his head. “But this is your time—the time when darkness rules.”

The soldiers handled Yeshua roughly, tying his hands behind his back. Upon seeing the brutality of the highly trained soldiers, Yeshua’s disciples fled. The guards let them go. They had Yeshua, the one for whom they came. Satisfied, they hauled the rabbi away into the darkness.

Suddenly, I heard rustling behind us.

“Who are you?” a voice demanded.

Mark and I turned and faced another group of soldiers who held torches and clubs.

I tried to step in front of Mark to protect him, but he ran in between the guards.

One reached out to seize the boy, but only caught him by his clothes. Mark kept running, leaving his garment in the soldier’s hand.

I was glad he got away, although butt naked. The guard threw the boy’s robe on the ground in disgust.

Now it was only me.

“Who are you?” one of the soldiers asked.

One of the guards whispered, “He’s the Jewish charioteer, the one the Romans are searching for.”

“Should we take him in?”

The second one replied, “What have the Romans done for us lately?”

The first one shrugged. “Leave him be. We got the one we wanted.”

But the second one hesitated. “Suppose he’s one of the followers?”

“He’s not one of them. He was racing chariots in Caesarea.”

With that, they left me behind. I watched as their torches disappeared in the darkness. Mark was gone. The disciples were gone. Yeshua—I didn’t know where they were taking him, but I could see the long line of quavering lights covering the mountain. I ran through the garden to catch up. 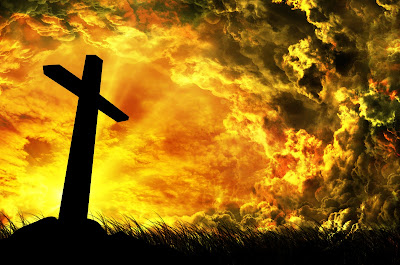 Surely, they weren’t going to do anything to the rabbi over Pesach. Maybe I was wrong—maybe it wasn’t too late. Maybe history could still be rewritten. 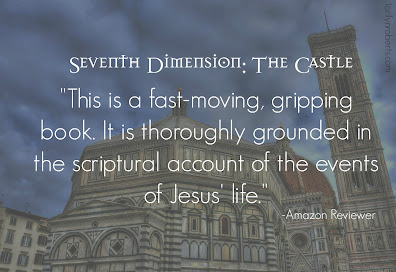