WHO IS MY FATHER: Devotional by Lorilyn Roberts 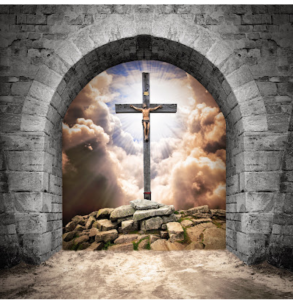 I stared out the window looking for him—mother said he would be home soon. I was celebrating my second birthday.

I waited for him, hour after hour, day after day, week after week, and year after year. Birthdays and Christmases came and went—thirty years passed.

I finally met my father for the first time when I was thirty—after my husband walked out on me. I wanted to know why. What was wrong with me that all the men in my life abandoned me?

For twenty years following our initial meeting, my birthfather and I had a good relationship—meeting a couple of times each year at airports or halfway between our homes that were separated by two days’ travel. After all, we had thirty years of catching up to do. During that time, I learned a lot about myself—I wasn’t like him in every way as my mother had been apt to point out in moments of anger. I did look like him. I did relate to him better than I did to her. I discovered we had similar bents.

My father confessed spiritual healing, that he had prayed the Alcoholics Anonymous Serenity Prayer. I was thankful he had been delivered from alcoholism and freed from the prison of the bottle. 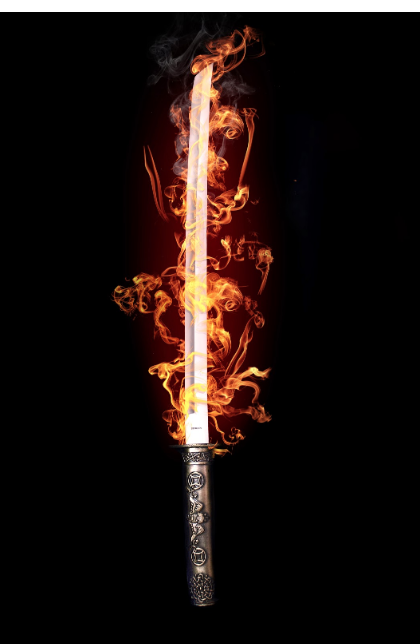 I rejoiced that we shared a similar spiritual path. Perhaps I longed so much for that spiritual connection I overlooked some things that later made me question the authenticity of his conversion. But he introduced me to C.S. Lewis, a gift in itself—I still have the Narnia books he gave me over twenty-five years ago.

My mother never understood my need or desire to connect with him, but deep thinkers are prone to ask unanswerable questions. When I went through my painful divorce from a man I deeply loved, I wanted answers. I was afraid I would never be able to love again—unless I knew myself. I couldn’t see that happening without connecting with the birthfather I never knew.

When I asked him why he left, he said he couldn’t get along with my mother. That was sufficient for me at the time, though I should have asked him how he could leave me also—or more in keeping with how I felt, how could he abandon me? 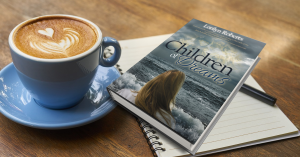 Three years ago, I was in the process of publishing my adoption memoir, Children of Dreams. He found an excerpt from my book on YouTube. Late one night, I received a call from his wife, “Your father did not abandon you. If you put this in your book, we will sue you. In fact, as we speak, he is talking to an attorney on the other phone.”

I suppose notoriety has its downside when you want to write about your past. That night will always be a turning point. I realized then, that some things aren’t fixable. I took that one sentence out of my book in reference to adopting my two daughters from Asia—the correlation that I understood their loss, losing their family, their culture, and their heritage.

Adopted children must grieve that loss, and as adoptive parents, we can’t pretend it doesn’t exist. Even though adopted children will have a future and hope they would not have otherwise, they still have suffered a loss that will become a part of their psyche. That can’t be denied—adopted children need parents secure in who they are to allow their children to become everything they were born to be in Christ. With acceptance, love, and prayer, most will flourish.

We cling to what is unseen to embrace the Lord’s future for their lives. We need to show our children God’s unconditional love—if we fail to do that, we will have squandered the greatest gift we could give them. I knew from my broken past and dependency on God, I could help two orphans begin anew in America.

I will spare you most of the emotional turmoil I dealt with—the only gift my father gave me as a child that I still had were three bunnies in a ceramic egg that arrived broken. I crushed it with a hammer into a gazillion pieces, raging that I had been rejected a second time.

I threw out all his award-winning pictures that hung on the walls and all the books he had published. I wanted nothing of his, not even the camera that I had taken all over the world during my traveling days. Someone in the church later found all the books and pictures and removed them from the dumpster—they knew they were mine because of the name Roberts on the books. My pastor kept the camera. I never wanted any of it back.

I had hoped someday to write a wonderful memoir about my birthfather and how God had restored our relationship after thirty years. What story could I tell now, other than grieving at the horrendous emails his wife sent me that broke my heart—who was she to tell me what is truth? I lived it and had been shaped partly by his absence from my life. I finally told her not to email me again or I would write a book and call it The Other Women in my Father’s Life. He had four wives.

Four years have passed and I have not seen or spoken to my birth father. Recently I went on Amazon and looked up his name and saw the listing of all his books. My heart broke once again. I am now an author and can’t even share with him the one trait we have in common—creativity. He won enough awards to fill a closet, so many he gave me several of them because he didn’t have a place to put them all. I threw those in the dumpster, also.

I sat in front of my computer and wept. Meeting my birthfather made my life more difficult in many ways, not the least of which my mother never understood. Her second husband, who adopted me when I was ten, felt hurt as if I had betrayed him. I never told him about meeting my birth father. He knew, though, and before he died of a brain tumor, I spent every moment I could with him, 350 miles away, to assure him he would always be my father. God introduced to me through him the powerful, life-changing concept of adoption. 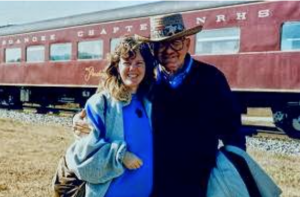 Is there any wisdom I can impart or any encouragement I can share? At fifty-eight, reflecting on my past, my complicated family relationships, what would I do differently if I had known years earlier what I know now? Should I have even opened that door, risking being rejected once again? This road may be less traveled by some, but it’s an all too crowded one for others.

God created families because we need that connectedness. Children need to feel loved. They need to know they matter. They need the security of knowing someone will be there for them—forever. Usually, that is the mother and father. That is what God intended. Because we live in a fallen world, however, that doesn’t always happen. Look at Africa and all the children who have been orphaned because of aids. 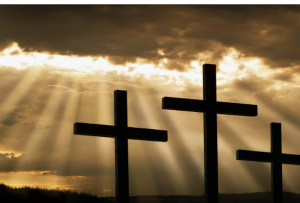 Above all, God has given me Himself—He is my father, my husband, and my children’s father and future husband. Earthly fathers may fail us, even the godliest, loving ones, but God never will. He loves me (and you) so much that He adopted us into His family through the death and resurrection of His Son Jesus Christ.

There is no pain so deep, no hurt so great, and no conflict so vast that God, our heavenly Father, can’t embrace our beating hearts and heal our infected wounds. Our Father is never too busy. He doesn’t leave us for other women, alcohol, drugs, money, or selfish ambitions. God fills the void that earthly fathers can’t, and even more so.

I would not have adopted my two daughters as a single mother if I didn’t believe that. Can I meet all of their needs?  No—but God as their heavenly Father can. When I fail them. God picks up the slack. He knows us so intimately that He provides what we need even before we ask. 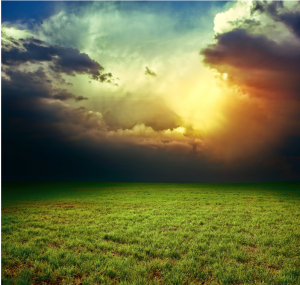 Letting go of those things we can’t change is part of the healing process. It’s not a one-time decision. It’s a lifelong commitment. Part of our nature, because we are created in the image of God, longs for that earthly father because that was God’s intent. But if we keep our eyes on God in fits of depression for what we never had or when we mourn for what we lost, God will walk alongside us and give us Himself. He will point us to eternity, our forever home and forever family, where we will walk with Him, dance with Him, and commune with Him, never to be separated by sin or death or earth’s physical or spiritual limitations.

My losses here on earth quicken within me a longing for the approval of my heavenly Father. I feel His acceptance of me from heaven and His assurance that He will never leave me or abandon me.

As I grow older, I discover more and more of my identity in Him. The more I see of God in my life, the more I am convinced that those losses I once grieved are as chaff, tossed by the wind into the sea of cleansing. Who longs for inferior rubbish when he has tasted superior manna? 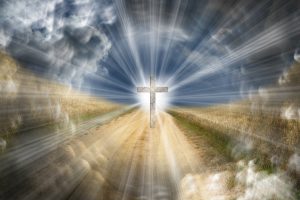 I count it as all joy, knowing God is sufficient to overcome my past. Not only have my felt needs brought me into deeper communion with God, but my suffering has produced empathy and compassion for others that is beyond my human ability—I take no credit for God’s blessing on my life that encourages those around me.

Who is my father? He is the Great I Am. When that day comes of the King’s return, my heavenly Father will wipe away every tear. I know my fleeting separation from Him now will be worth the wait—I look forward to dancing with Him at the wedding feast of the Lamb. 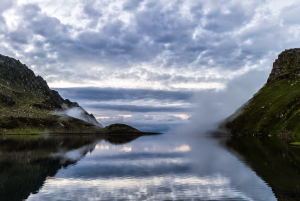 As it says in Psalms 30:11-12, “You have turned my mourning into dancing. You have loosed my sackcloth and girded me with gladness, that my soul may sing praise to You and not be silent. O Lord my God, I will give thanks to You forever.” (New American Standard).

Read Lorilyn Roberts’ Young Adult Fantasy Novel, Seventh Dimension – The Door, with a similar theme that will speak to those who struggle with bullying and broken families. To learn more about her book, visit her website http://LorilynRoberts.com 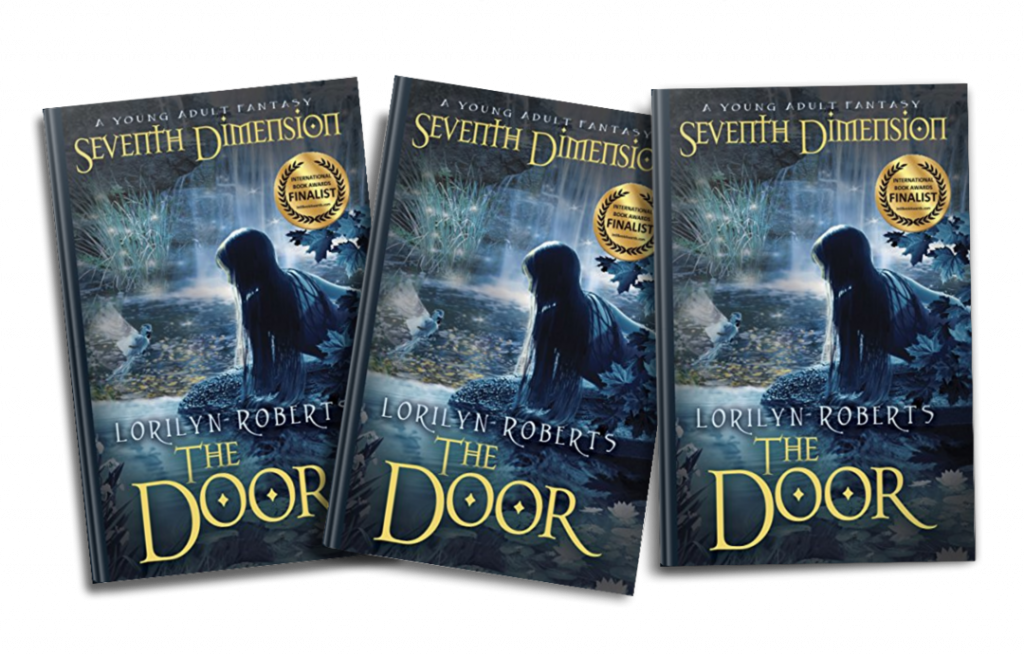