WHY ARE AMERICANS SO AFRAID OF ORPHANS? Adoptee/Adoptive Mother Lorilyn Roberts Speaks Out 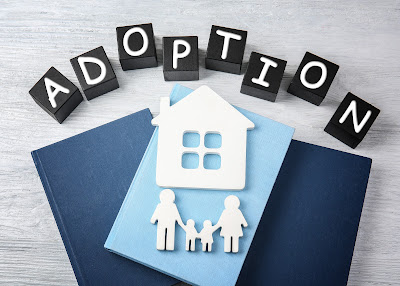 Why do the marketers of the movie “Orphan” think it will scare people?

In this country alone there are over 500,000 children in the foster care system. Worldwide, the U.N. estimates there are more than 145 million orphans. To translate this into a number easier to understand, my oldest daughter, Manisha, now 18, was adopted from when she was three. The estimated population of is around 28 million. That means there are over four times as many orphans in the world as there are people in her native country.

Expressed another way, the population of the , according to the U.S. Census Bureau, as of July 21, 2009, is 306,969,874. That means the number of orphans in the world equals half the population of our country.

If the word “orphan” is searched on Google today, the first two listings are for the movie “Orphan.” What a lost opportunity to speak the truth in love! The Wikipedia definition is third: “An orphan is a child permanently bereaved of its parents.”

The real horror is not that the movie portrays orphans as monsters. It’s the number of children that will be hurt by this disturbing message. The movie “Orphan” is only going to reinforce in the hearts and minds of individuals that orphans are damaged goods at best, monsters at worse.

Those who have thought about adopting may have second thoughts, plagued with fears and doubts. Children and teenagers who have been adopted and see the movie might be tempted to question their own self‑worth or value. Orphans who might have been adopted may not be because of the ill‑conceived notion, perpetuated by this movie, that they are “bad.”

“Orphan” is a sad commentary on , our society, and a tragic statement of the culture in which we live. A world where money is the bottom line and sensationalism tickles the ears of gullible listeners—let it not be at the expense of those who are the least fortunate. Instead, as in the words of flight director, Gene Kranz, as portrayed in the movie “Apollo 13,” when everyone doubted that the space program would be able to bring those doomed astronauts home, he stood up and said, “With all due respect, sir, I believe this is gonna be our finest hour.”

I challenge every American, particularly those who are Christians, to look beyond the movie at the real horror—the little one who has no one to call mommy or daddy; the baby who goes to bed at night with a protruding, empty belly; the 145 million children around the world who, through no fault of their own, have lost their parents to AIDS, malnutrition, poverty, and violence.

Although all orphans have needs, some more than others, they are not monsters. They are children with beating hearts, sticky fingers, and minds full of unleashed potential. They just need to be given a chance. They are children made in the image of Christ and loved by the heavenly Father.

Rather than attacking the movie, let’s join together and rewrite the script of “Orphan.” Give an orphan a chance to worship in our church and synagogue. Invite one to sit down at the dinner table. Help all of them to be educated in our schools. Let us change the negative image of an orphan one life at a time. Let us encourage them to dream big dreams and become everything God created them to be. Most of all, let us show the world that they are loved, just as Christ loved us.

If it were not for God’s unconditional love, we would all be orphans. If we unite, we can send a far different message to . We can speak for those little ones that sit in overcrowded orphanages and wait. And hope.

Through God’s love, let us love until we feel their pain. Only then can we make a difference. Let us not let have the last word. Truly, we can become the hand of God as we touch one of His own. Let it begin with me. Orphans Deserve Better. Let this be “our finest hour.”