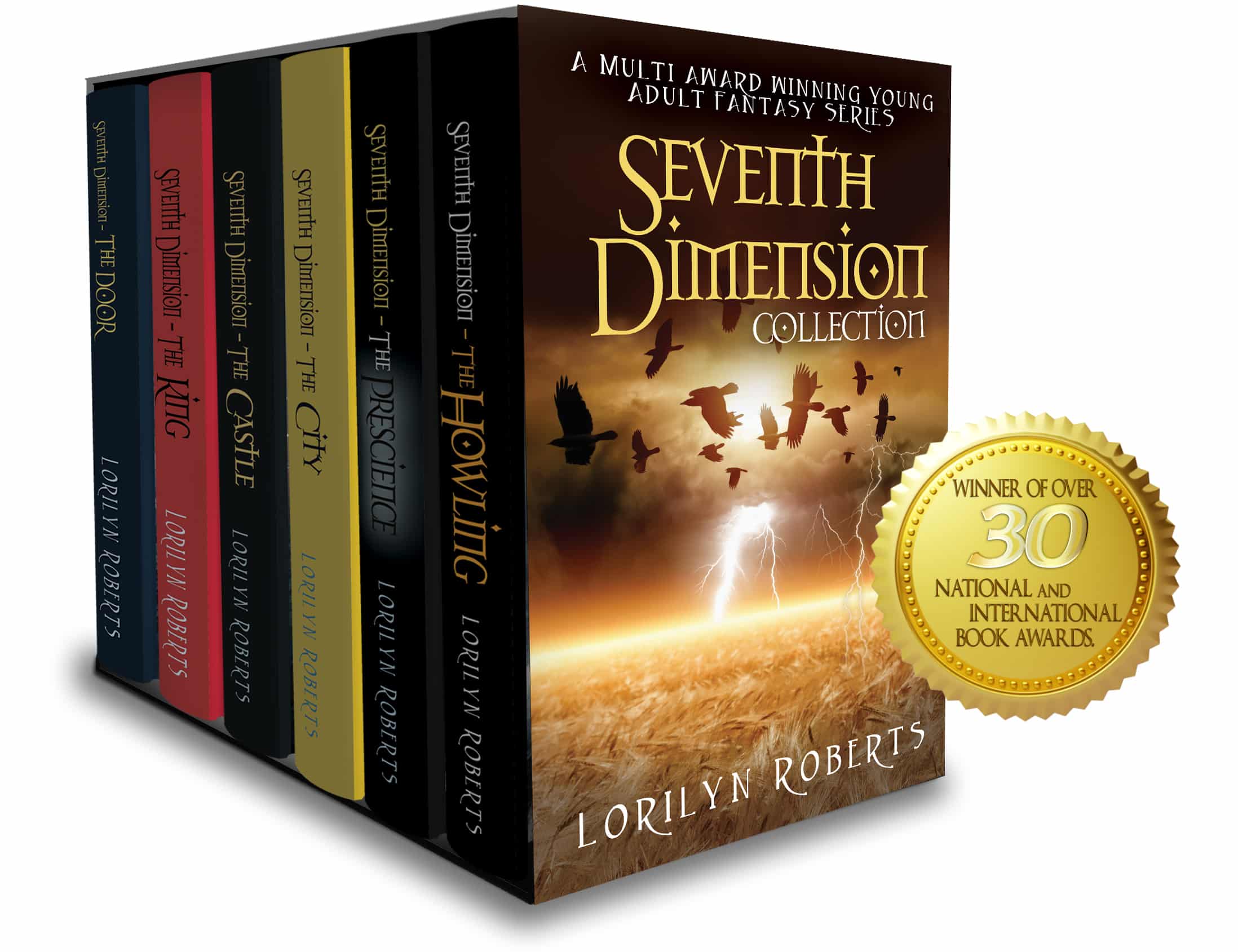 The Seventh Dimension Series Full Box Set includes The Door, The King, The Castle, The City, The Prescience, and The Howling.

Physicists (at CERN) are discovering what Christians have known all along. There is a door to the supernatural. Black holes are opening up around the world. In The Door, God opens that door.

What is the Seventh Dimension?  “A spiritual kingdom lies all about us, enclosing us, embracing us, altogether within reach of our inner selves, waiting for us to recognize it. God Himself is here waiting our response to His Presence. This eternal world will come alive to us the moment we begin to reckon upon its reality.” – A. W. Tozer, The Pursuit of God.

“Time is an illusion until God’s appointed time,” is a major theme based on A.W. Tozer’s quote from The Pursuit of God

The two young protagonists, Shale Snyder, an American, and Daniel Sperling, an Israeli, meet in the Seventh Dimension—a reality outside of time. Shale and Daniel’s love for each other is conflicted over their opposing spiritual beliefs that seem irreconcilable. The story covers many years as the young couple matures, and the last book, The Howling, culminates with startling revelations concerning the future and Daniel’s missing father.

Allegory and symbolism are woven into the story from the Bible, and the heroism of both protagonists is meant to inspire the reader. We are all heroes to someone or can be if we allow God to be first in our lives.

Love and forgiveness are virtues that both protagonists must learn. The Seventh Dimension Series begins in Atlanta, Georgia, but quickly moves to Israel. The reader soon finds himself in the first century, and stories from the life of Jesus Christ are woven into the plot. As the reader progresses through the story, he is exposed to many religions and worldviews including Judaism, Hinduism, Islam, and Buddhism; and he goes on a memorable trip to heaven and hell.

Many relevant topics are addressed that young adults will have explored in school, among friends, or been exposed to through the media—evolution versus creationism, globalism versus nationalism, socialism versus capitalism, adoption versus abortion, and Christianity versus occultism. Spiritual warfare is a recurring theme, and there are talking animals, special gifts, and much more that I will let the reader discover for himself.

My goal is to make the reader think, ask questions, and consider the most critical question of all—where will he spend eternity?   To purchase from Amazon for Kindle, click here.