YOU AREN’T IN KANSAS ANYMORE: A CHRISTIAN SATIRE ON THE DEPLORABLE STATE OF AFFAIRS: Christian Blogger Lorilyn Roberts

Published by Lorilyn Roberts on August 28, 2021 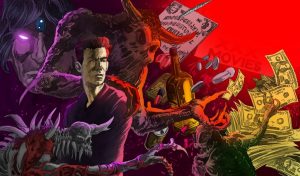 You Aren’t in Kansas Anymore

A Christian Satire on the Deplorable State of Affairs

I know you’re perplexed about the deplorable state of affairs and what in the world is happening. I want to reassure you, my friend, you are not in Kansas anymore. You will never go back to Kansas. Why would you want to go back to that cesspool when Trump was president, when America was energy independent, when the economy was thriving, when no one even knew what Critical Race Theory was, and before the rigged election? After all, we know Biden is our Commander in Chief. As they said, “Nothing here, move on.”

Aren’t you glad nobody has been able to check those Dominion machines? I wouldn’t allow it—they are under my dominion. We needed everything in place for The New World Order. It will be even better than the famous novel Brave New World. By the way, I helped Aldous Huxley to write that book. He wrote it exactly as I instructed him, and look how famous he is. 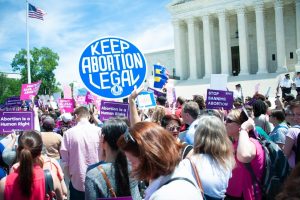 Population reduction has been going quite well. The blood of the babies offered to Molech gives me substantial supernatural power. Your utmost care is extremely important, my little messengers. Keep supporting me at the abortion clinics. I will repay you in kind on judgment day. Isn’t it nice to be on the winning side? We’ve made tremendous progress since we got rid of Number 45.

Now to more important things: Don’t let the troop withdrawal from Afghanistan concern you. The news media is lying to you about all those casualties. You know how they lie about everything. They rarely get anything correct, and this is their biggest blunder yet. Just keep your eyes on me; don’t look up. I control the powers that be in Washington. You need not concern yourself with matters so high and lofty.

Don’t believe that things are getting better? Think about all the free money you’ve received since my cat’s paw landed in the office of the presidency. Many of you haven’t had to pay rent in months. Ah! An extended vacation. You say, ”Keep this gravy train going.” I say, “Let the government take care of you. You deserve it. Let’s make America great again. After all, the mantra is ‘land of the free.’ That should include free housing, free health insurance, and free food.” 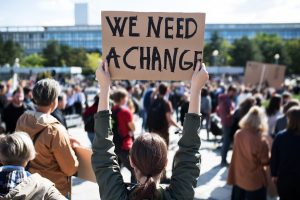 But back to the current state of affairs. I know many of you have been dismayed about forced vaccinations at your job and vaccine passports, the harbinger of war in the Middle East, and the terrible plight of illegal, dangerous people crossing the border into the country.

However, this is all necessary to discourage believers. We want them to join us. We must reeducate them about what’s really happening. We need to convince the recalcitrant that borders are evil. In due time, they will come around. Once they realize nobody is listening, they will shut up. Christians are like sheep. Eventually, they do what they are told. That’s what Christians do.

Rest assured, we are gaining in strength, and we are growing in numbers. The stage is set for me to send my world leader on the scene, a man of fortresses, who will bring world peace. Once we kill off a significant portion of the population through every means at our fingertips, we will be able to rebuild and make the world a better place.

In the meantime, we need to destroy the U.S. Constitution. That document has caused more damage to the blacks, Latinos, and LGBTQ community than any other document in the history of humankind. The next presidential election should seal that deal. I thank my minions who put those secure voting machines in strategic locations. I expect to have complete dominion over all the countries that are members of the United Nations after the next U.S. presidential election. My chosen leader is already here setting up a one-world government. It’s my craftiness, my cunning, and my persuasion through deception that’s allowed the pieces to fall into place. 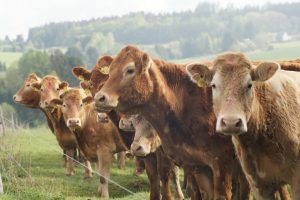 We must keep up the pressure on climate change. Population control will go a long way toward reducing carbon emissions, and we must reduce beef consumption. Cows produce too much flatulence and are a significant producer of the worst kind of pollution. Just get rid of the cows, which will take care of four percent of the greenhouse gases worldwide.

For this news cycle from my lofty position above the earth, here are my recommendations: 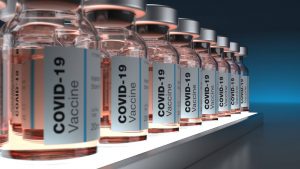 2.     Follow all the guidelines from the CDC, NIH, and WHO. You know they have your best interest at heart. You know they wouldn’t recommend a vaccine that hadn’t undergone the rigors of proper testing. They would never compromise, would they? After all, they have no liability if someone dies from Covid, and if they have a financial interest, it’s not important. Nobody would care. We don’t have to tell the public about any of the adverse effects of the shot—that might scare people, and then they wouldn’t get the jab. Mind control is good. We don’t want to upset the masses. Why disappoint them? Tell them what they want to hear. If you say it enough times, they will believe you. Everyone hates bad news. Just give them the good news—the shot works. That’s all you have to say.

3.     Make sure you wear your mask. You wouldn’t want to infect your loved ones, would you? After all, the death rate is as high as 1% in people who are too old to be useful citizens. Again, just do the right thing. Wear your mask. Make your children wear a mask. You want them to be good, compliant citizens just like you when they grow up. You want to teach them to obey every law passed by Big Brother because that’s what good citizens do. Be a good role model; never question anything—that’s bad. Always trust the government. You know they care deeply about you and your family. Trust them with all your heart and lean not on your own understanding.

4.     Make sure you keep an eye on your neighbor, colleague, spouse, and cohort. We need to make sure everyone does what’s best for the country. If someone does not follow instructions, you need to report them to the authorities. We need to cancel those who distort the truth. If someone doesn’t comply, we may need to take bolder measures, like implementing a social scorecard. I can vouch for the fact they have been very effective in China to force people into compliance. I’ll share more about that later.

Remember, Big Brother is watching you. Be ready to embrace the new reality that is under construction even as we speak. You aren’t in Kansas anymore.

Prince of the Air, 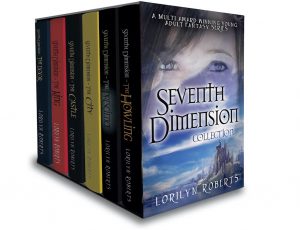 “Time is an illusion until God’s appointed time,” is the major theme based on A.W. Tozer’s quote in The Pursuit of God: “A spiritual kingdom lies all about us, enclosing us, embracing us, altogether within reach of our inner selves, waiting for us to recognize it. God Himself is here waiting our response to His Presence. This eternal world will come alive to us the moment we begin to reckon upon its reality.”

The two young protagonists, Shale Snyder, an American, and Daniel Sperling, an Israeli, meet in the seventh dimension—a reality outside of time. Their love for each other is conflicted over their opposing spiritual beliefs that seem irreconcilable.

The story covers many years as the young couple matures. The sixth book, The Howling, culminates with Biblical revelations concerning the future, Daniel’s missing father, and a startling surprise.

Allegory, foreshadowing, and symbolism are woven into the Seventh Dimension Series, and the heroism of the two protagonists is meant to inspire the reader.

Love and forgiveness are virtues that both protagonists must learn. The Seventh Dimension Series begins in Atlanta, Georgia, but quickly moves to Israel. The reader soon finds himself immersed in the first century, and stories from the life of Jesus Christ intersect the story plot outside of time. As the reader progresses through the books, he is exposed to many religions and worldviews, including Judaism, Hinduism, Islam, and Buddhism; and the young couple makes a memorable trip to heaven and hell.

Many relevant topics are addressed that young adults will have explored in school, among friends, or been exposed to through the media—evolution versus creationism, globalism versus nationalism, socialism versus capitalism, adoption versus abortion, and Christianity versus occultism. Spiritual warfare is a recurring theme, and there are talking animals, special gifts, and much more that I will let the reader discover for himself.

The protagonists are coming-of-age young adults, taken via supernatural stargates into the violent, unpredictable world of the seventh dimension. While I wrote this series for young adults, all readers will enjoy deeper, profound truths that can only be learned from a life well-lived.

An unexamined life can squander the opportunity to be redeemed. What a waste. My goal is to make the reader think, ask questions, and consider the most important question of all—where will he spend eternity? As noted above, the theme of the Seventh Dimension Series is: “Time is an illusion until God’s appointed time.” You may not have tomorrow. You only have today, this hour, this moment, this second…